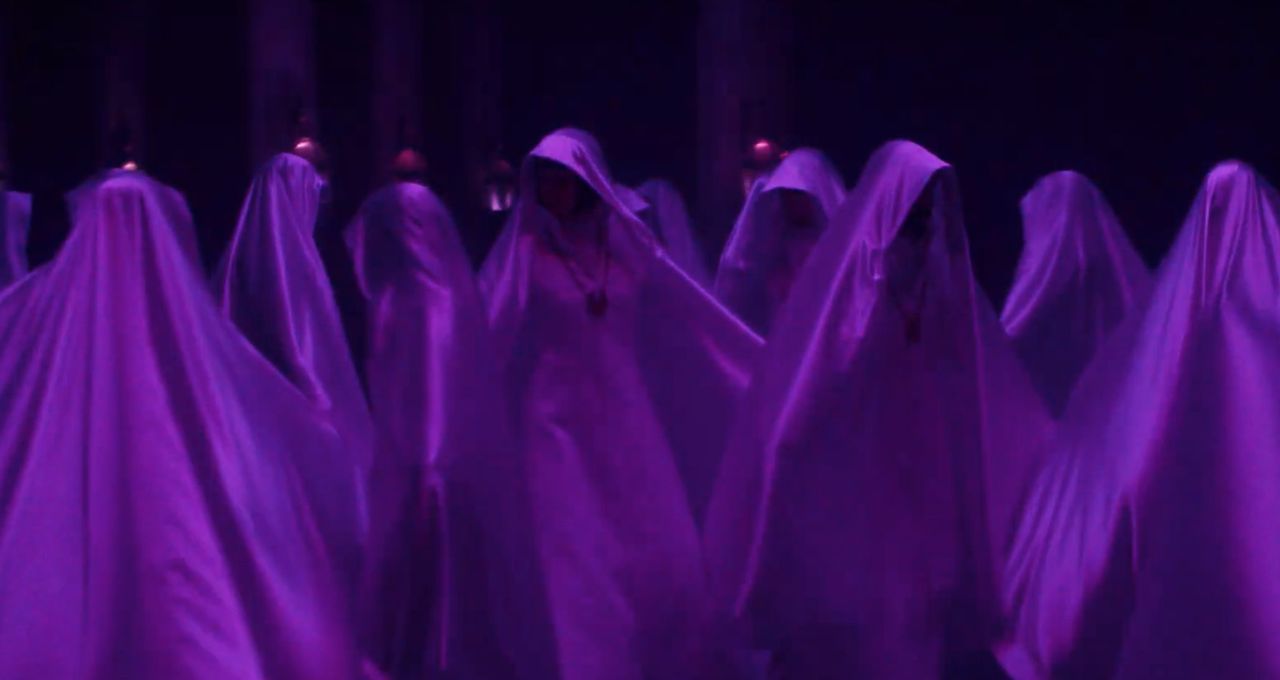 It will be difficult to discuss much about the most recent episode of What We Do in the Shadows beyond the absolute, sterling brilliance of the guest stars. The good news is that the plot is relatively streamlined to best showcase those guest stars. The bad news is none bad news. It’s all good news. But I appreciate a sense of symmetry.

The episode picks up exactly where the last one left off, with the Baron now a pile of ashes in the sunlight. The vamps go to sleep and at night, finally sober, bury him rather ungraciously in the backyard. They receive word, first via ravens that they ignore completely, and eventually through vampire Kristen Schaal, that there is a tribunal forming to discuss the death of the Baron. During the course of the inquest, Guillermo confesses to having killed the Baron, and the assembled panel – seeming generally speaking, pretty bored by the whole ordeal – are content with the notion of eating Guillermo. But in a rare, noble gesture, Nandor takes the blame for the Baron’s death, and the vamps are sentenced to death, delivered in the same method the Baron was killed. In a very Interview with the Vampire moment, the vamps are put in the bottom of a deep well to await sunrise, but Colin Robinson pulls them out at the 11th hour. And that’s it. That’s the episode. But goddamn, it’s fun.

Much of the pleasure of the episode is linked to the reveal of each new tribunal member. All are played by actors who have had roles as vampires in films. But to add an extra sense of the surreal and meta, they seem to be playing themselves, but in the costumes of the vampires they played on film. You still with me? The leader of this rag-tag assortment is Tilda Swinton, done up as Eve from Only Lovers Left Alive. Paul Reubens is there as Amilyn from Buffy the Vampire Slayer, Danny Trejo (who is a manic delight, as always) shows up as Razor Eddie from the Dusk Till Dawn sequels – which feels like a really deep pull, even for a show this nerdy. Evan Rachel Wood is also there as the only vampire I needed to IMDB, as Sophie-Anne Leclerq, apparently of True Blood fame. But my biggest laugh came when Wesley Snipes skyped in, impossible to say if it was in a general Blade sensibility or just the fact that Wesley Snipes is so Wesley Snipes – which is to say, he’s pretty damn awesome.

Taika Waititi, Jemaine Clement, and John Brugh are all there as well – the only actors playing not stylized versions of themselves – as the characters they played in the film. Which may seem like a small, inside nod, but also points towards a unification of film and tv show, that I find really exciting. We may yet see Rhys Darby leading the werewolves (not swear wolves). I imagine for many fans of the film such as myself, they didn’t realize how much they had missed those 3 original vampire nerds until they saw them back in action. A credit then to the affection the show has built for Nandor, Nadjia, and Laszlo that we were still invested in their arc. And not just because it’s an excuse to hear Matt Berry say words. Which if I haven’t been absolutely clear about in these write-ups, would be completely sufficient for me.

The show continues to pay off small threads it has frayed earlier in the season. Back in the shrubbery/werewolf episode, I had speculated that in mentioning that one of his topiary vulvas was that of Polly Nichols, Laszlo was telling us that he was Jack the Ripper. It was thrown out very casually, and probably only picked up on by massive nerds, but hell, we’re out here being people too. And while in the well, believing that death was imminent, Laszlo confessed as much to Nadjia and Nandor – and the unfortunate film crew.

The film crew also continues to be used in a wonderful, unique way – in that their presence is actually recalled. The device is often dropped and forgotten on pseudo documentary shows, but What We Do in the Shadows has a commitment to verisimilitude which is both endearing and sort of hilarious, given that it is, ultimately a show about vampires. It never forgets that if you’re seeing the vampires, that means there’s a film crew recording them. And in this particular case, it means that film crew is also at the bottom of a well. It’s a strange, meta, wonderful development that pushes What We do in the Shadows to the limits of surreal television. I’m not sure there’s anything else quite like it.

I would have sworn that this was a season finale, but I just checked and there are 3 more episodes to go. And though I would have called this one impossible to top, the synopses for the final 3 sound amazing. So we’ll keep our garlic handy, and talk soon.