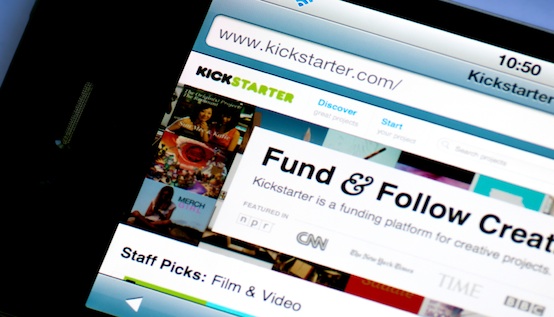 Geek Insider has frequently looked at some of the most interesting and coolest projects launched on Kickstarter, as well as how the Kickstarter site itself is a great way for people to achieve their dreams.

However, it is also the place where people can achieve their most ridiculous aspirations as well. Now it’s time to look back at 6 crazy Kickstarter projects that actually succeeded. 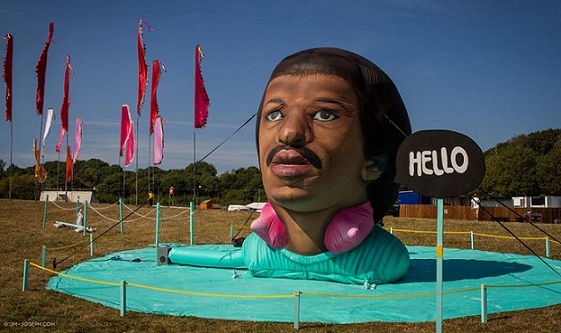 Who doesn’t love Lionel Richie? Well, apparently Barcelona based artists, Hungry Castle, loved him above all others. They decided to start a project. A crazy project. They wanted to create a giant inflatable version of Lionel Richie’s head for public amusement. The first Kickstarter project failed but that didn’t deter them.

DJ Rob da Bank took note of their admirable attempts to immortalize their idol and their project made it onto the official line-up for that year’s music festival: Bestival on the Isle of Wight.

The campaign grew and so did the head until enough money had been raised so that it was big enough that people could climb inside. After everything was done, festival goers could enjoy a “fully immersive, slightly surreal and very personal” journey into the head. VIP experiences were available to the more generous donors. The Lionel Richie head even went on tour in Australia.

When people entered the head, they found a telephone at the very middle. When picked up and listened to, the phone played the words: “Hello, is it me you’re looking for?” 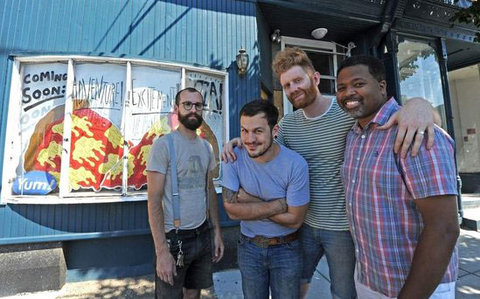 The world has a Noodle Cup museum, a ramen museum, and even a gelato museum but where was the recognition for one of the world’s most beloved of foods? Well, artist Brian Dwyer knew it was time pizza had its due. He wanted to build the world’s first and largest pizza museum. Pizza lovers from around the world joined in to raise more than $16,000. Pizza Brain was born and Dwyer curates “the largest collection of pizza related items in the world.” It was even recognized by the Guinness Book of World Records. Now, it is home to an art show, museum, arcade, and (of course) a pizzeria. 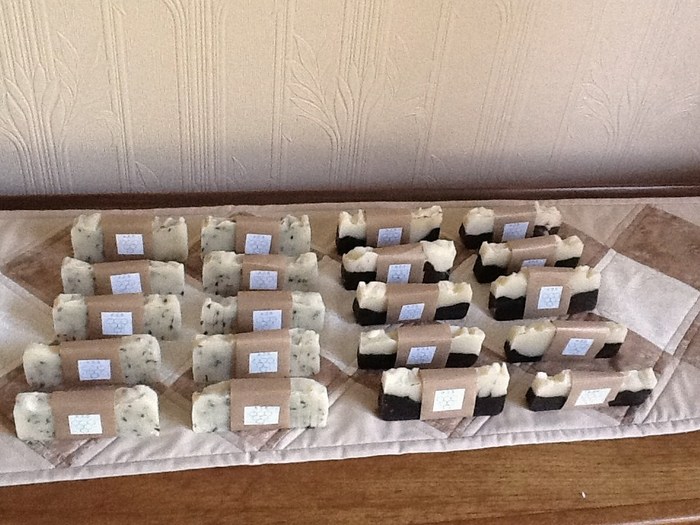 Kickstarter has seen a lot of zombie themed projects; computer games, comics, books, and even an instruction book for the zombie golf lover. Zombie fan, Noah Thompson, decided that one thing that was definitely being neglected was zombie-apocalypse hygiene. Apparently he wasn’t the only one worried about how they’d smell after the world hit the ‘z’ fan and his campaign was successfully funded. He was able to introduce a wide range of soap products that each come with a three day guarantee of zombie free living.

Jesus on Your Cheesus 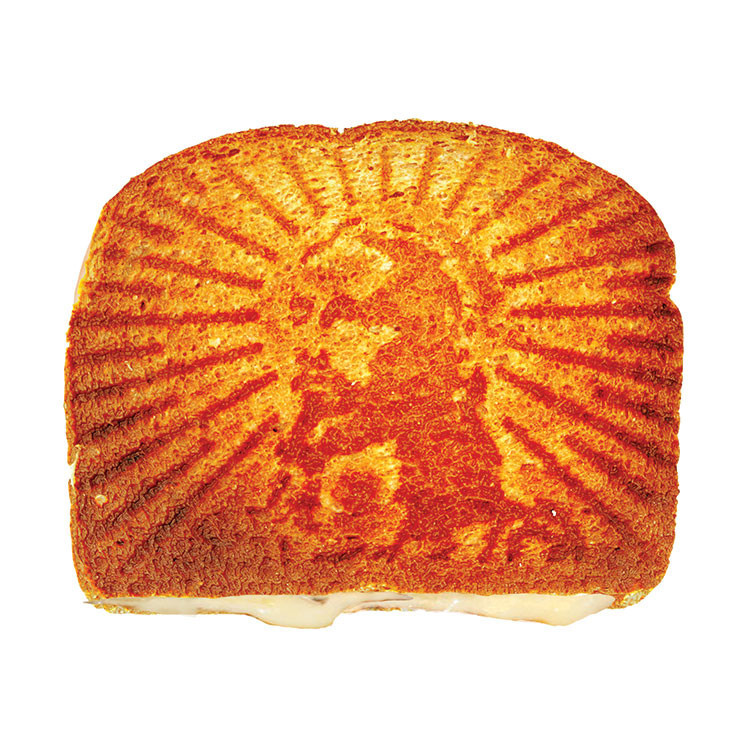 Hallelujah! Grilled cheese lovers out there, you can have your cheese and Jesus too…if you’re into that kind of thing. You can now get Jesus’s face on your lunchtime meal, all thanks to Rob Corso and Meg Sheehan who started the Grilled Cheesus campaign, raising over $25,000 in funds to create this custom sandwich press.

“The GRILLED CHEESUS™ is an electronic sandwich press that toasts the face of Jesus onto your sandwich bread!  What a great way to inspire your family at the dining room table or your children in the lunchroom. It’s also a fun way to impress your friends at a party or the congregation at your church coffee hour!  However you slice it, the GRILLED CHEESUS™ lets you bring little grilled miracles to mealtime, snack time, or anytime. ”  – The Grilled Cheesus Kickstarter page 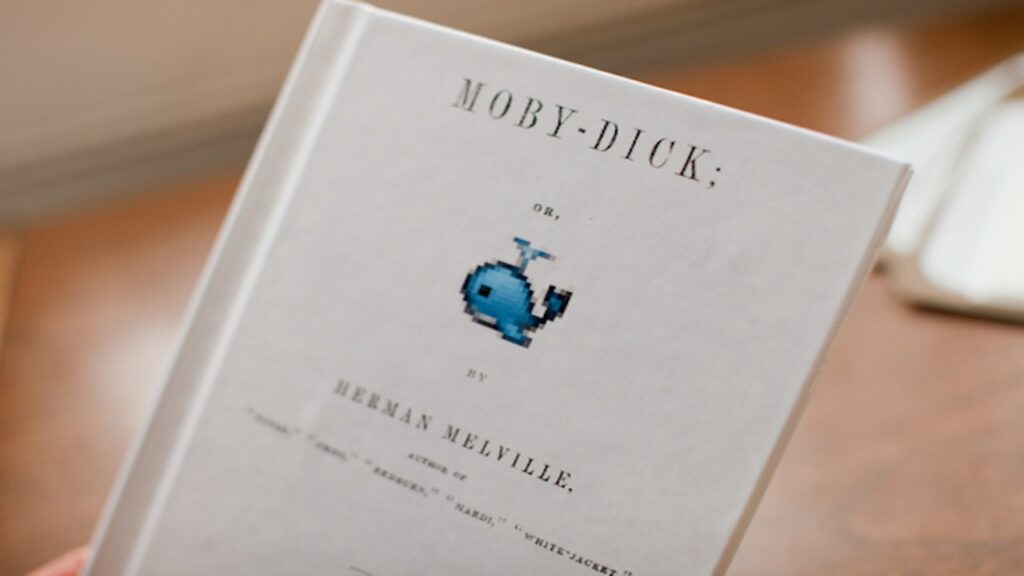 What book lover hasn’t dreamed of being able to read Moby Dick translated into Japanese emoji icons? That’s right, a man named Fred Benenson and some bibliophiles, inspired by their love of the written word, decided to fund this project. With a workforce from Amazon’s Mechanical Turk marketplace and further crowdsourcing, Benenson was able to start translating the classic novel into emoji for Emoji Dick.

“I’m interested in the phenomenon of how our language, communications, and culture are influenced by digital technology. Emoji are either a low point or a high point in that story, so I felt I could confront a lot of our shared anxieties about the future of human expression (see: Twitter or text messages) by forcing a great work of literature through such a strange new filter.” – Fred Benenson in an interview with New York Book Bench 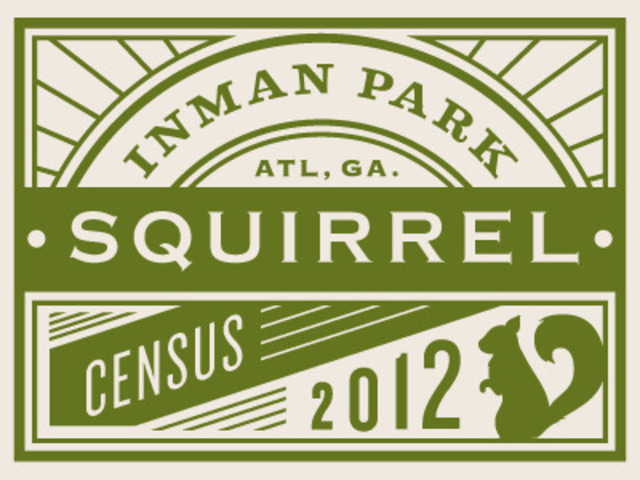 The squirrel population. Ever thought about it? How many of those nut thieving rodents are out there? Do they out number us? Isn’t this something we need to know? Well, Jamie Allen thought so. He was working on a short story in the fateful autumn of 2012, imagining the day when those conniving squirrels would come down to attack everyone. Of course, is that a realistic scenario? He needed to know how many eastern gray squirrels existed in Atlanta. He wasn’t the only one who wanted to know either. He was joined by a team of researchers, designers, web programmers, and a single firefighter. They set upon this strange quest and started Atlanta’s very first squirrel census, complete with infographics, lectures, and squirrel related art. The project got so many backers that he started producing high quality squirrel census poster prints and it even made its way onto the syllabus at Emory University.

Perhaps one of the most ridiculous and most awesome Kickstarter campaigns in history was Zack Brown’s desire to make a nice little potato salad. It raised over $55,000 in just a few days to the point where Brown decided to add in more challenges such as making more than one recipe, hiring a chef to do a professional recipe, and renting out an event hall so his backers could join him in the making of the meal. People went crazy for this unique way to utilize the Kickstarter method and poured more and more money into his project. I guess people really loved this inspiring tale of a man who just wanted a nice potato salad.