Kickstarters of the Week: Coolest Cooler and SSSSSpeaker 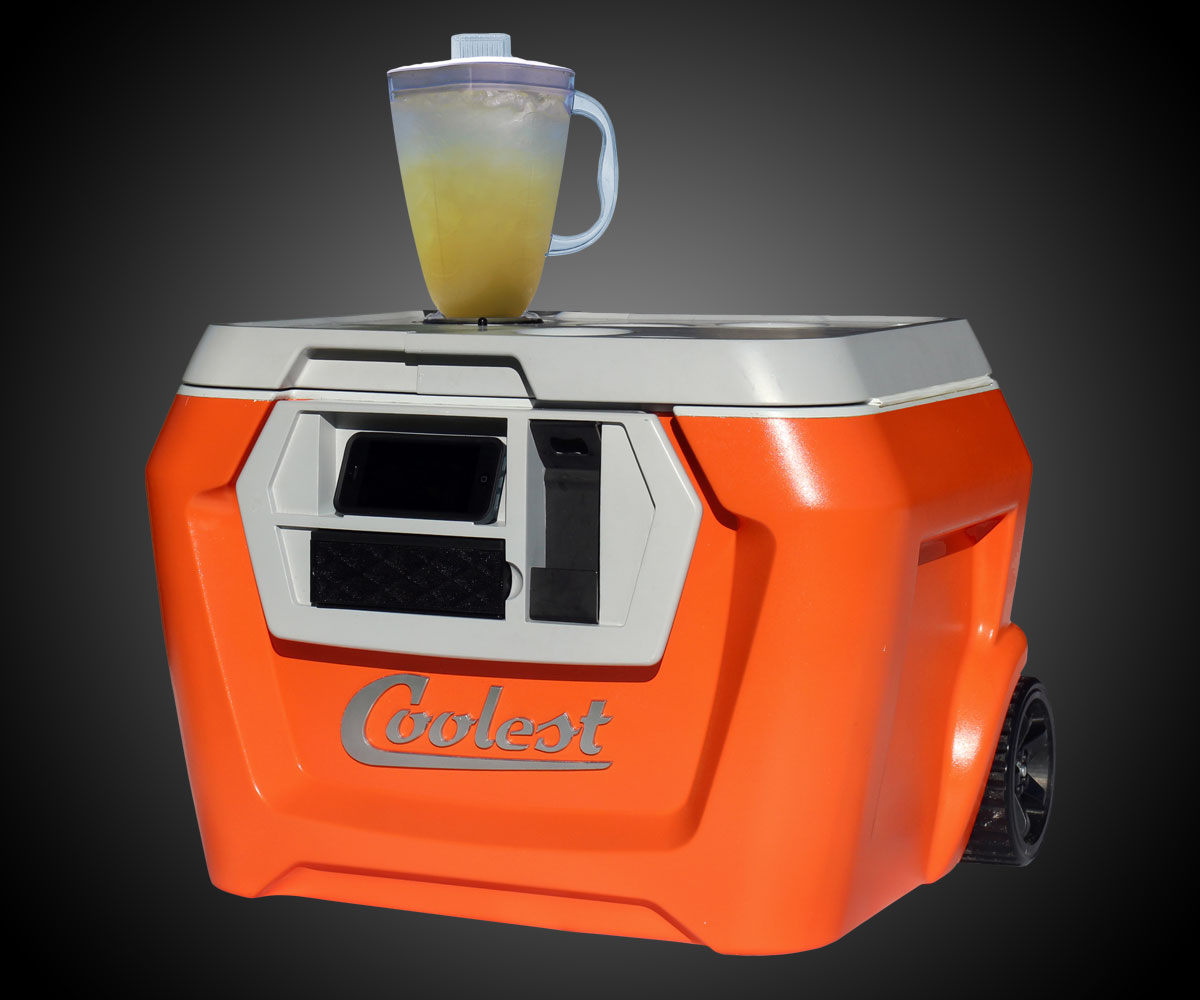 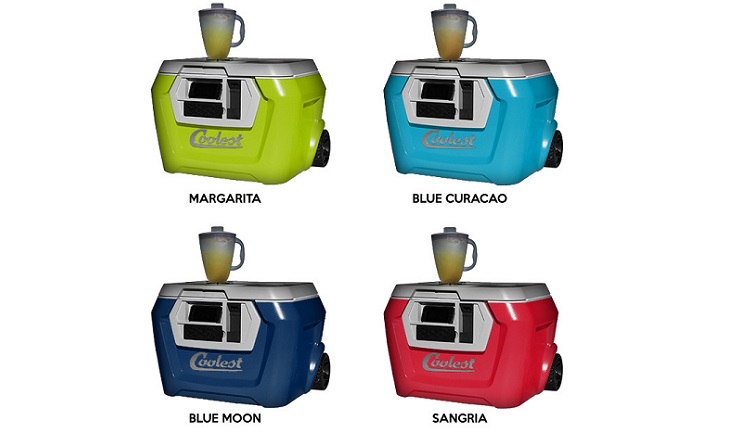 If you’ve been looking for the most tricked out cooler that still embodies a sleek and sophisticated design, then the Coolest Cooler is right up your alley. It comes complete with a weatherproof Bluetooth speaker, battery rechargeable blender, USB charger for devices on the go, LED light inside the lid (which opens in two parts), a divider that doubles as a cutting board, and several other cool features. It also has storage under the lid for party/beach accessories like plates and silverware. The total volume inside the Coolest is 60 quarts, which can be divided in half with a water-tight seal so one half can be drained and hold dry goods you’d like to keep cool and dry, or keep extra ice for the blender. The Lid is also divided in half, so you can flip open one side and use the blender function without emptying the cup holders on the other side to do so.

Thanks to smart design, all of these features seem to blend together seamlessly and work together. Take the USB charger for example, it charges your devices using the 18v battery also used to power the rechargeable blender, which can blend up to six gallons of drinks before needing to recharge. The existing interface for the charger, phone station, bottle opener (that collects the bottle caps as well), and speaker also doubles as a hook for the gear tie downs in the front, and in the back the ties hook near the bottom of the pull handle.

The Kickstarter has so far raised about 5 million dollars to support this awesome party starter, from an original goal of just $50,000. Backers can get a Coolest Cooler for a pledge of $165 or more, expected to be delivered February of 2015, just in time for next spring break. Other extras for backers include a COOLEST Drink Guide, an American Apparel t-shirt, and a party cup. 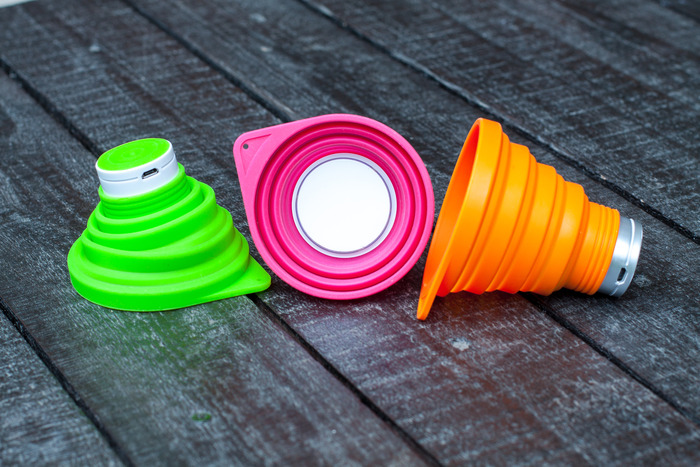 SSSSSpeaker by aiia is a portable and collapsible speaker that connects to your smart device via either a cable or Bluetooth to bring your music to life, wherever you are. Weighing in at just 2.5 oz and measuring 80 mm wide, this speaker is completely portable, able to fit in even a small purse or backpack, so users can take the music everywhere.

Flexible silicon makes the SSSSSpeaker easy to collapse and expand for multiple types of sound and storage when completely collapsed. The collapsible function of the speaker works in three ways: while collapsed the sound is diffused, when expanded the sound is more focused and direct, when expanded and placed upside down cup the sound is muted. SSSSSpeaker comes as a wireless device that can be connected to smart device using Bluetooth or an even less expensive version using a cable that connects through the headphone jack. Both versions can be used up to five hours before needing to be recharged. They can be charged with a USB cable with any computer. SSSSSpeaker also has a blue LED light in the middle for night time fun.