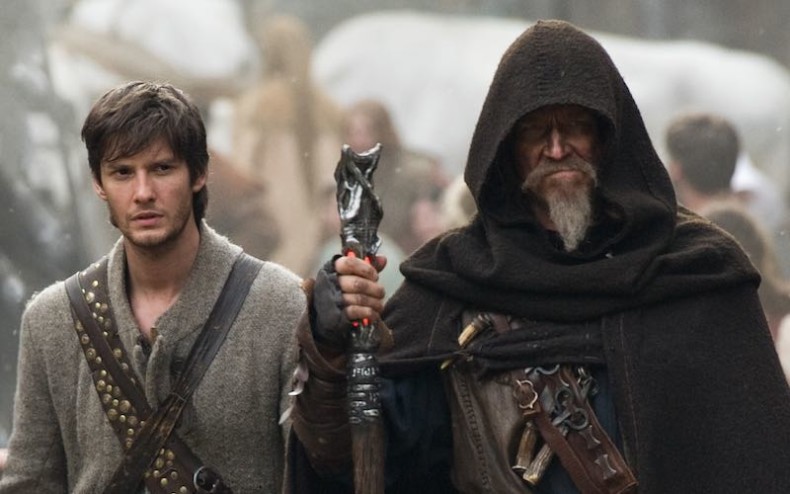 So have you seen all the Oscar nominees yet? Well if you haven’t, you still have time. But the box office machine keeps rolling in February with a whole new slate of movies. We have stars like Channing Tatum and Will Smith. We have large-scale sci fi and fantasy titles. We even have movies that take your favorite Beyonce songs and slow them down in order to make them seem all mysterious and romantic. Here is our February movie preview.

After its July 2014 release date was delayed to “finish the extensive special effects,” the Wachowski’s sci-fi opus Jupiter Ascending has all the warning signs of a potential flop. But a February movie starring Channing Tatum and Mila Kunis may be worth checking out above the less marketable releases. The plot is a bit too complicated to explain in a limited space but the basic idea is that Kunis plays Jupiter, who doesn’t know that she is alien royalty. She then may or may not potentially be ascending to influence. Hence the title, Jupiter Ascending.

Another long delayed project, Seventh Son will finally hit theaters almost two years after it’s original release date. Ben Barnes plays Thomas, an apprentice to a spook (Jeff Bridges), who is being taught to fight evil spirits. When an evil Julianne Moore escapes her captivity, it’s up to Thomas to handle the threat. Barnes was a standout in The Chronicles of Narnia trilogy so it will be interesting to see him in this role as a lead.

So The Spongebob Movie: Sponge out of Water is a hybrid live-action/animated movie featuring the popular Nickelodeon character. But if we are to believe the advertising, it’s essentially one big innuendo where the characters fawn over ice cream with bikini clad women in the background. It’s an odd device for a children’s movie, but Spongebob has been around for so long now, it’s a relatively sure thing for the Nickelodeon brand. Antonio Banderas stars as Burger Beard the pirate. So take from that what you will.

Well, it is here. The highly anticipated, incredibly uncomfortable looking blockbuster in waiting, Fifty Shades of Grey. With the popularity of the book series, it’s no surprise the presale tickets for the movie are going quickly. The story has a student (Dakota Johnson) fall in love with a controlling billionaire (Jamie Dornan), who has, er, particular, um, tastes in the bedroom. This is the part where Marvin Gaye’s “Let’s Get it On” should be playing in the background. The film’s strategic Valentine’s Day release date should pay off big in box office money. But maybe don’t bring that girl/guy you just met on your first Valentine’s Day date to this movie. It may send a particular, awkward message. Or do bring them. What do I know?

Across the hall at the Cineplex, Kingsman: The Secret Service stars Colin Firth as a secret agent, who recruits a young troublemaker (Taron Egerton) to join a group of elite secret agents. The film is based on the comic book series “The Secret Service,” which was created by Dave Gibbons and Mark Millar. This marks the second time a work of Millar’s has been adapted for the big screen by director Matthew Vaughn. 2012’s Kick Ass was as well. The tone of the two projects is different, but Kingsman definitely has the potential to kick ass… See what I did there?

What is a DUFF, you ask? Well, I looked it up. It stands for designated ugly, fat friend. At least that’s according to the new film, The Duff. Mae Whitman stars as that friend, who when finding out her label turns to the cool guy (Robbie Amell) to help her become dateable and less DUFF-like. So, it’s a pretty standard teen comedy.

Can you believe it’s been almost five years since Hot Tub Time Machine came out? Well the crew is back for a sequel, except for John Cusak who was frankly too famous for the first one. In the time since the first movie, the characters have gained fame and wealth by inventing things before their original inventors do. But as we know, time travel always messes things up. So wild antics ensue.

Disney’s inspirational sports movies always get me. McFarland, USA may not have the name recognition Miracle did, but I expect to be inspired nonetheless. Kevin Costner stars as a high school coach who establishes a cross-country team in a predominantly Latino school and finds success with an underdog team.

Will Smith and Margot Robbie from Wolf of Wall Street fame team up in Focus. Smith plays a veteran con-man, who shows his lady friend (Robbie) the tricks of the trade. But a few years after he breaks it off, they meet again as opposition in the same scam. The movie looks good, but I’m just happy Smith is starring in a movie without his bonehead son Jaden around.

February ends with some horror in the form of The Lazarus Effect. Unlike most of the horror we’ve seen lately, this one has some star power. Olivia Wilde stars as a researcher who dies in a lab accident. But luckily her medical professional coworkers have found a way to bring dead patients back to life. Not so lucky is that when they resurrect their friend, they bring about some evil with her. Evan Peters, Donald Glover and Mark Duplass also star.

These February movies look pretty good to me. After the month begins with some delayed and rerouted blockbusters, most genres are represented. Personally, I’m excited to see Kingsman with its Men in Black meets 007 premise. Also, Seventh Son could be an interesting fantasy title. There are quite a few choices, so plan your Valentine’s Day accordingly.