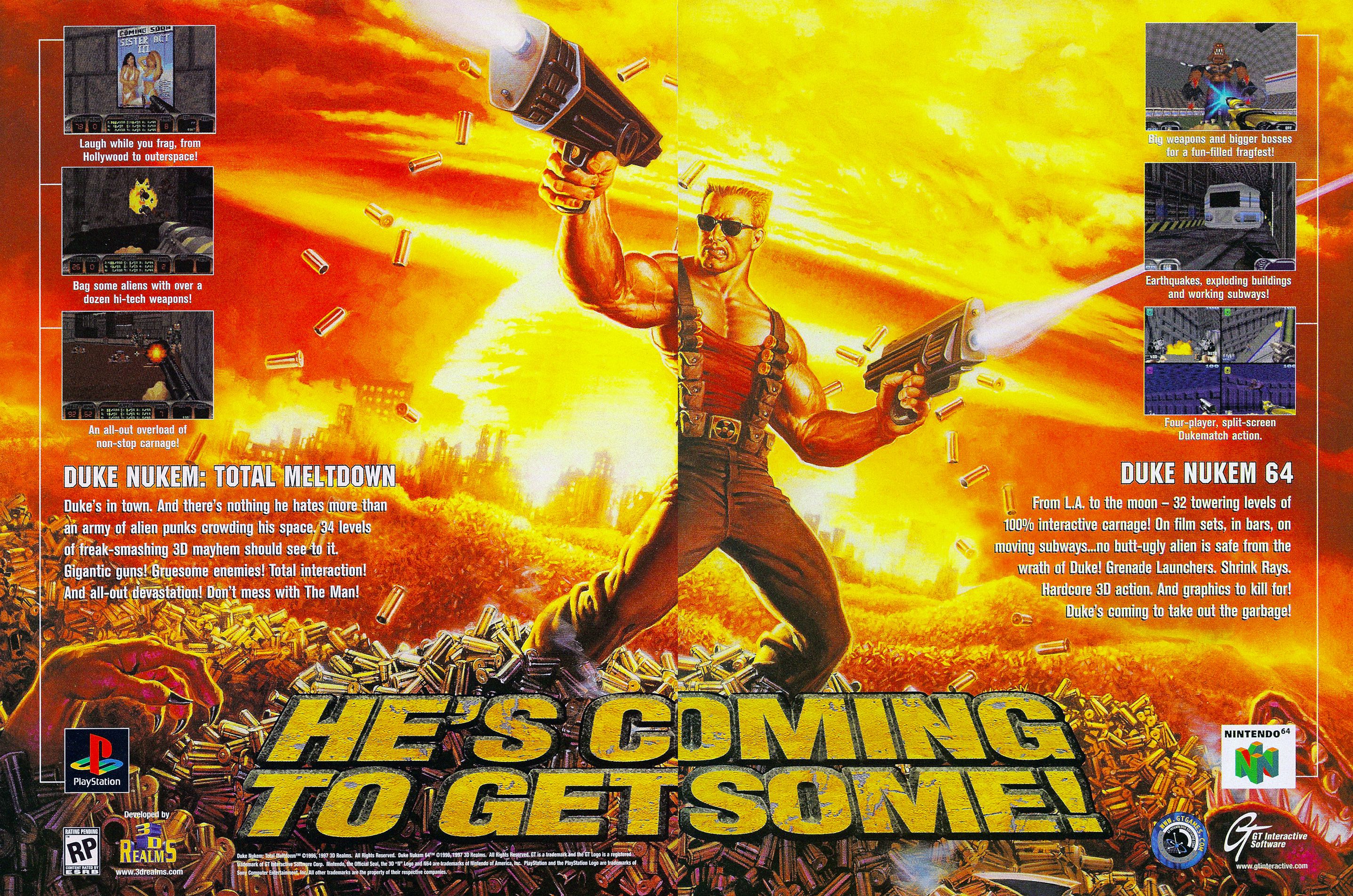 It’s not quite as ancient as Pong, but Nintendo 64 is the hallmark of old-school gaming. Its release, its graphics, and game play wowed both young and old audiences. Many of us can remember long hours training our thumb coordination, all in a desperate effort to best your siblings in Super Smash Brothers. While we can look back and laugh at what we used to consider high end technology, we should still take a moment to reminisce the good old days. Here are some long time fan favorite and completely unforgettable N64 games that might have yet to be discovered for some of you. Which games warrant brushing the dust off that old N64?

Duke Nukem was the Master Chief of the 90s (there is even fan fiction conjecture that Chief is Duke Nukem in armor). Duke’s macho bravado made blasting aliens to pieces that much better. You could go to the movies in real life, or you could go to a theater with Duke Nukem and shoot extra terrestrials. For the nostalgic gamers, the choice is clear.

By land, sea, or air, Diddy Kong Racing offered a diverse racing experience. Filled with classic nintendo characters, what stood out the most in this game was the adventure mode. You can spend many hours trying to find all the secret passages; not to mention DKR’s awesome multiplayer. Before online play, nothing beat trying to shoot down your friends’ hovercraft. A memorable classic, DKR did well to diversify the game play of the racing genre.

So the characters all have box shaped heads? No big deal, this was still one of the best shooters ever. It also was in the top five all time selling games for N64. GoldenEye 007 was one of the pioneers in first person shooters being on a console platform, and was a thrill to play. Because of its success, more gaming companies produced FPS genre games for the console. Plus, it’s James Bond. Would you leave James Bond collecting dust in the attic?

The Legend of Zelda: Ocarina of Time

Somewhere there is someone still struggling to make it through the water temple. OoT is arguably the best Legend of Zelda game ever, and a true pioneer in action/adventure gaming. It had time travel, a fun combat system, and a vast world (for the time). This one is definitely worth another play through.

If anything ever helped spark the skater-culture of the 90s and 2000s, it was this game. THPK set the groundwork for the series that would be continued for several years. Tony Hawk and other skating stars were playable in this open world game. You could not only do tricks like the pros, you could harass, loiter, and rabble-rouse as a typical skater-punk might do. It’s all the things you might have wanted to do in middle school, without the real life repercussions.

Perhaps more environmentally conscious than traditional Pokemon games, HAL Laboratory gave gamers a safari-style photo op simulation where they could capture images of pokemon, rather than the creatures themselves. While that premise sounds less fulfilling than training and battling the creatures, gamers found it enticing to be able to save images of their favorite Pokemon in their natural habitats. It sure beat bird watching.

I don’t need to give you a reason to play Super Smash Brothers. Perhaps the most enjoyable multiplayer experience for N64, this game pitted classic Nintendo characters against each other in free-for-all or team battle. There would be a few more SSB games, but the original continues to be the most fun for many. If you were to only play one N64 game from this entire list, this should be it. Just make sure you have a friend or two to enjoy it with you.