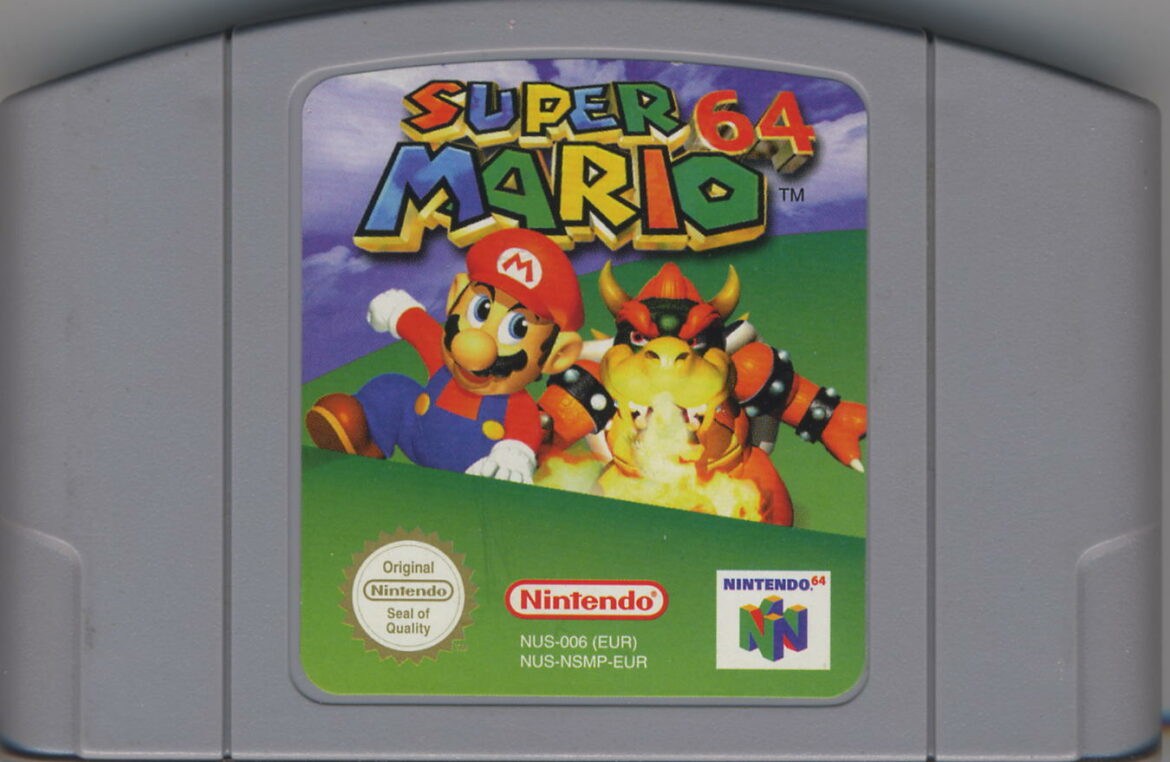 The best N64 games ever seems to be a mandatory list anyone writing about games must make. And why not? It has some great games that even beat out many modern ones today. In fact some of the games considered to be the best ever are for the N64. That being said, let’s see what games have once again made it into the top ten best N64 games ever.

Upon its release, Donkey Kong 64 got a pretty mixed reception, so it might surprise some people that it’s placed on this list. However, DK 64 was a very fun platformer game, with multiple challenging levels. Not to mention the fact that players got to enjoy five different playable characters. And each of those characters came with their own collectibles and secrets to gather. No character just sat around either: they all had to be used depending on the boss of certain levels. All in all, despite its reception, Donkey Kong 64 was a very enjoyable, and huge, platformer that deserves a place on the top ten.

Sadly, the StarFox games have fallen into the deep, dark abyss of neglect by their creator Nintendo. With the two most recent games in the franchise (StarFox Adventures and StarFoxAssault) leaving much to be desired and no new games since, it’s obviously been shoved aside in favor of other pursuits. Thankfully, there’s still StarFox 64. What makes StarFox 64 such a great game was that it stuck to the formula of its predecessor and made it even better with added features. A favorite of many was the All-Range Mode, which allowed players to fly around stages in all directions. There was also the four-player battle mode so that people could enjoy with their friends. So while StarFox fans wait for the next installment, they can enjoy this classic game.

Most of the time, games based on movies turn out to be pretty lame (*cough* Half-Blood Prince *cough*). However, Goldeneye 007 was not only a great game, it redefined how people should play first person shooters on their consoles. Not only did this game offer unique level designs, it also offered unique controls. It even had some pretty deep gameplay. And then there was many people’s favorite aspect of the game: the multiplayer. It was so fun and addictive to play this great game with your friends. All of these things and more are what places Goldeneye 007 on the top ten best games for the N64.

While many fans of this game shove the Xbox re-release of this game into a closet, never to be heard from again, the original game for the N64 was pretty enjoyable. It’s full of sexual innuendos, swearing, and very clever and hilarious movie references, all done by adorable, furry animals. It was shocking (especially because it was originally supposed to be a cute, family friendly game) and that’s what made it memorable. Conker’s presented fun gameplay, unforgettable characters, and genuinely hilarious moments, making it a game that every N64 owner should have in their repertoire.

While most people think of Super Mario being the greatest 3D platformer, others argue that that title belongs to Banjo-Kazooie. And it’s easy to see why it’s such a huge hit. It had vibrant, wonderful worlds to explore, many shiny collectibles to gather, and a pretty epic quest to go on. Even if those things don’t appeal to some gamers the soundtrack alone was worth getting it. That soundtrack graced the ears of its players with such wondrous pleasure. Roll up all those ingredients and what’s left is a truly wonderful and memorable game.

Super Smash Bros. was a game not many expected to do well, certainly not as great as it ended up being, getting two other games in its franchise. Skeptics were wary as they placed this game into their N64s: only two buttons to be used to fight? Fighting on platforms? Pikachu’s in this? However, anyone who has ever played this game knows that all worry was blown away as soon as the game started. The unique stages and roster provided by the game proved to be excellent choices and so much fun. The items that dropped down for the fighters to use were pretty great too; there’s no way to not have a good time when playing as Kirby smacking Mario around with a paper fan.

Like Super Smash Bros. the Mario Kart games always have a fun roster of characters to choose from and the best of the Mario Kart games is no exception. Mario Kart 64 was the cause of many lost hours and late nights. The addictive quality and the ability to compete with three friends made this game an instant favorite to many. Multiplayer isn’t all Mario Kart 64 has going for it though; it contains some of the best track designs in any Mario Kart game and it also had the time-trial mode which had players racing over and over in order to get a higher score. A true classic, Mario Kart 64 will always be an amazing and enjoyable game.

3. The Legend of Zelda: Majora’s Mask

When people hear Legend of Zelda in regards to the N64, they usually think of Ocarina of Time rather than its successor Majora’s Mask. Which is a little sad that many people pass this game up. What made this game truly great was how different it was from the other games in the Legend of Zelda franchise while still feeling like a Zelda game. Majora’s Mask didn’t take place in Hyrule and it took a much darker turn than previous games: rather than saving the princess and the kingdom, the player literally have the entire world’s suture hanging on their shoulders. The three-day time limit, which annoyed many people who played this game, added to the sense of doom and hopelessness that surrounds players at all times. The environment, the ominous music, and, of course, that huge, creepy moon that constantly smiles as it makes its way closer to destroying everything all kept players on the edge of their seats. And that’s why they loved this game.

The Mario games have always been iconic in the world of gaming, but Super Mario 64 deserves a special place among the many games in this franchise. Super Mario 64 gave the world a whole new experience in gaming and it set the standard for making the transition from 2D to 3D. This game has it all: excellent soundtrack, vibrant visuals, and gameplay that would continue to inspire game developers for years to come. It’s an influential game that many agree is a true masterpiece that everyone should play at least once.

1. The Legend of Zelda: Ocarina of Time

It probably comes as no surprise to anyone that yet again, Legend of Zelda: Ocarina of Time is number one in the best games for N64. This game is seen by many as not only one of N64’s best, but one of the best games ever made period. The iconic story of Link’s journey across the many landscapes of Hyrule, and two different time periods as he races to stop evil from destroying his home is known by every gamer and some non-gamers. While some would say that Majora’s Mask is a better game story and atmosphere wise, people still love Ocarina of Time with all their heart. This classic hero’s journey has been number one for years, is once again at the top, and will probably be topping the lists for many more years to come.

10 Facts About Bill Nye That You Never Knew