Home Entertainment The ‘Riverdale’ Mid-Term Report: Black Hood Revealed, Time to Get Back to Basics
Entertainment

The ‘Riverdale’ Mid-Term Report: Black Hood Revealed, Time to Get Back to Basics 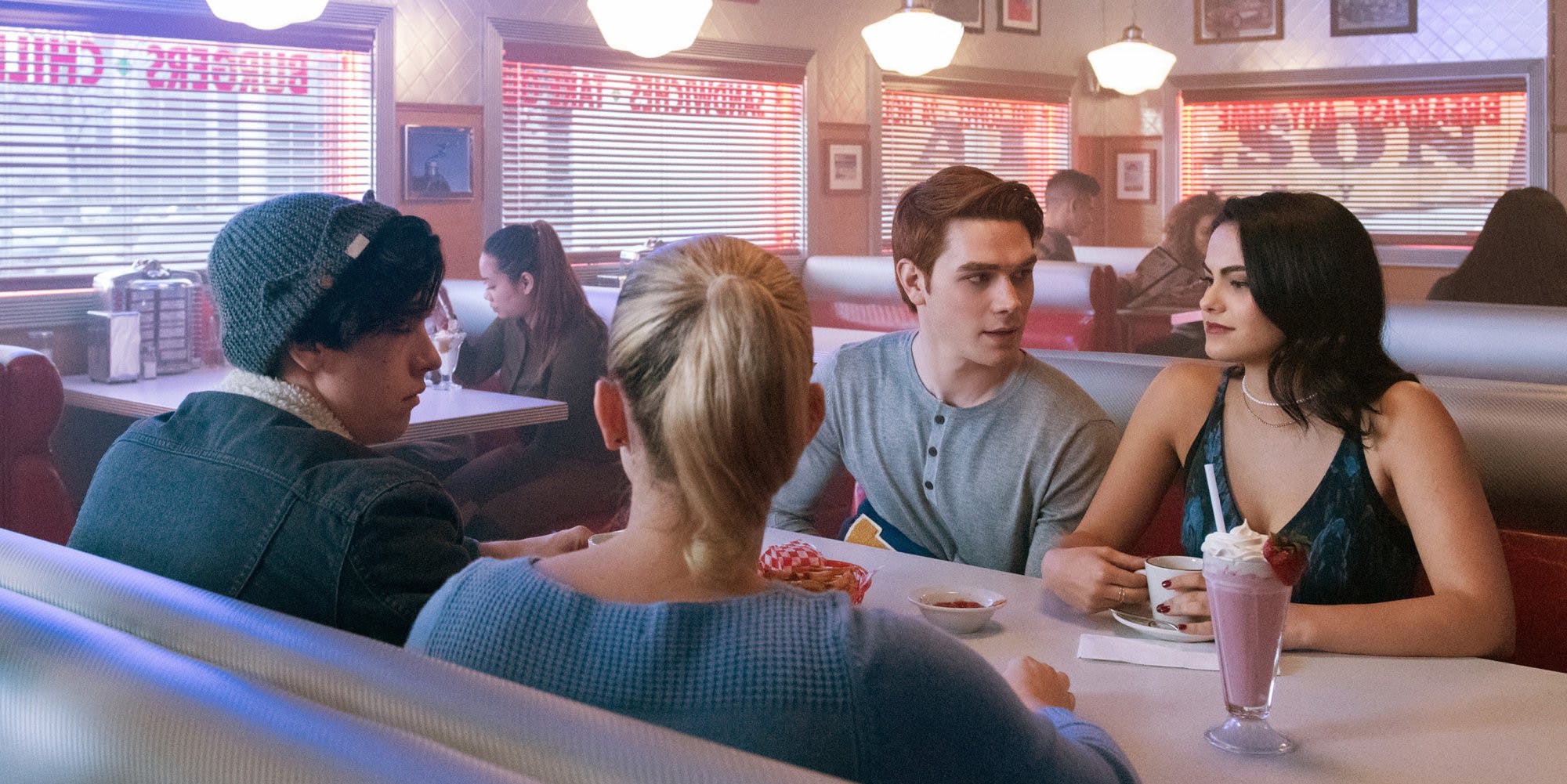 If you’re not watching Riverdale on the CW, you definitely should be. It’s a teen drama filled with intrigue and angst, as well as a continuous run of murder mysteries. All this set to the backdrop and crazy character names (we’re looking at you Dilton Doiley and Midge Kulmp) of the Archie Comics universe. It is a work in progress however. The show is only 22 episodes old, but it’s already suffering some growing pains. After a 13 episode first season, the nine episodes we’ve seen so far for season two have been more confusing than Archie attempting to follow Jughead’s literary references. 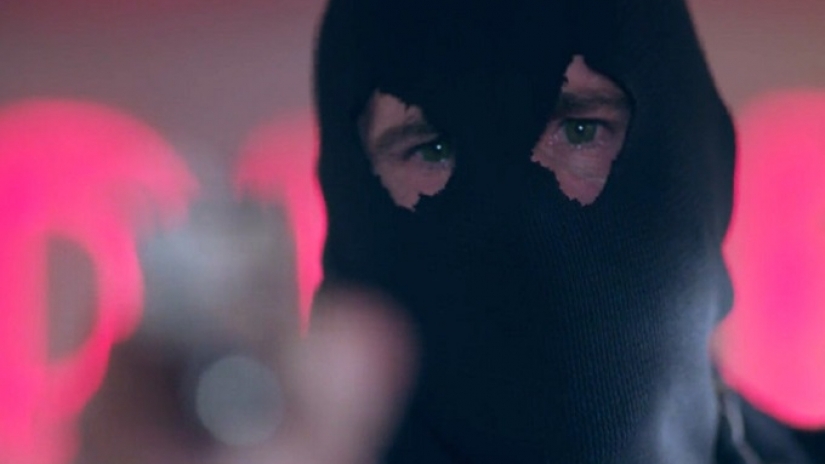 The following contains spoilers through episode 22 of Riverdale.

The winter finale of Riverdale saw the gang finally unmask the Black Hood, a serial killer trying to rid the town of sinners. Turns out it was the creepy janitor. We still have some questions about that, which will hopefully be answered when the show returns. The mysterious figure had everyone pretty stressed out even though, as serial killers go, he was pretty bad. He shot and didn’t kill Fred Andrews. He shot and didn’t kill Moose. (The person not the animal.) He did kill Miss Grundy and the drug supplying school teacher, Mr. Phillips, but I guess since they were both legitimate criminals we’re supposed to be okay with that. Beyond the villain, this is how off the rails we’ve gone in nine episodes. Archie bought a gun and started a vigilante gang. Jughead joined, and inexplicably became the leader of, a motorcycle gang. Veronica is now a crime boss. All while Betty was constantly creeped on by the Black Hood. How did he even get her cell phone number? Remember season one where the drama was if Archie was going to quit the football team to pursue a music career?

That isn’t to say season two has been a waste. It’s just the show has aged up the storylines before it’s ready. Kind of like how Archie looks older than a bunch of the teachers I had in high school. These are storylines that fit in a teen drama’s fourth or fifth season when the characters have graduated high school. In season one, the murder of Jason Blossom was a compelling mystery with the right amount of twists and turns. There was the victim’s strange relationship with his sister, Cheryl. Then Archie and Miss Grundy were in the vicinity when Jason went missing. What about the boy scouts? What did they see? This was all going down while there was drama with parents, confusion about friends, like Betty and Jughead, becoming more than that and topical storylines high schoolers could possibly relate to. Chuck Clayton, what a chauvinistic pig! Amiright?

Having a group of high school students follow leads on their classmate’s disappearance seemed (relatively) plausible. It was still clearly a work of fiction, but it was a lot easier for a viewer to suspend their disbelief than in season two with moments like the infamous “Red Circle” video. For those who don’t remember, that’s when Archie put a video on Youtube threatening the Black Hood with a bunch of shirtless dudes wearing masks behind him. Why didn’t they have shirts on? To show that they were ripped? I didn’t think great abs stopped bullets.

With the whole second half of season two left, there is a lot of intrigue and possibility still on the table. The Black Hood is now dead. So hopefully we take a step back and get some more character moments. All of the parents have had smaller roles this season. Let’s see more of their drama. Hiram Lodge is supposed to be a really bad dude. Let’s see him pitted against the, much cooler than your dad, Fred Andrews. The tease for the next episodes has Alice Cooper seeking a reunion with the son she was forced to give up for adoption at birth. Also, the closing of Southside High puts Jughead back in the halls with Archie and co. One of my highlights of season two was the brawl in the rain between the Red Circle and the Southside Serpents. Hopefully we get more of that tension. Reggie and Sweet Pea in the same school? The possibilities are endless. 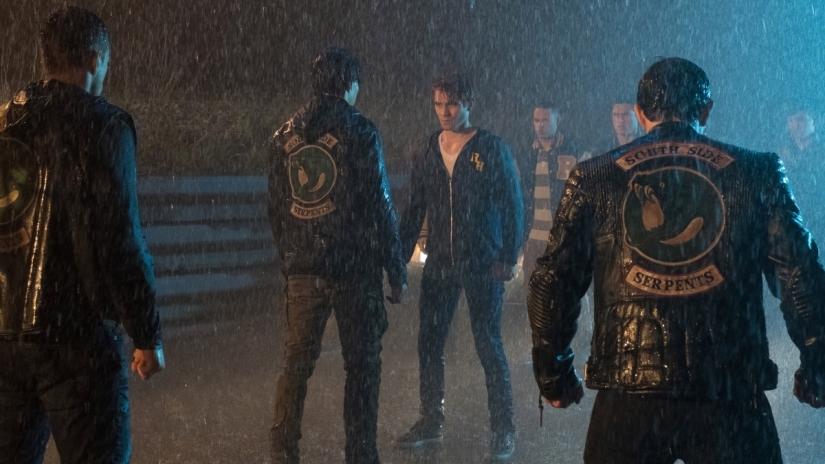 Does Riverdale need a murder mystery at all times? After season one, I would have said yes. But season two has shown that the teenage and small-town drama should actually receive just as much bearing. There is a compelling extended cast of characters now. Let’s see more of them. I called this post a “mid-term report,” so I guess these first nine episodes need a grade. The whole Black hood saga is probably a B-. But keep in mind, season one was a solid A for me. So the overall average is still pretty good. The last three sentences are more discussion about grades and school than in 22 episodes of Riverdale. Apparently, I spent too much time in high school sitting at desks when I should have been hunting serial killers and organizing toy drives for motorcycle gangs. What a waste.

‘The Frankenstein Chronicles’ Is Coming to Netflix