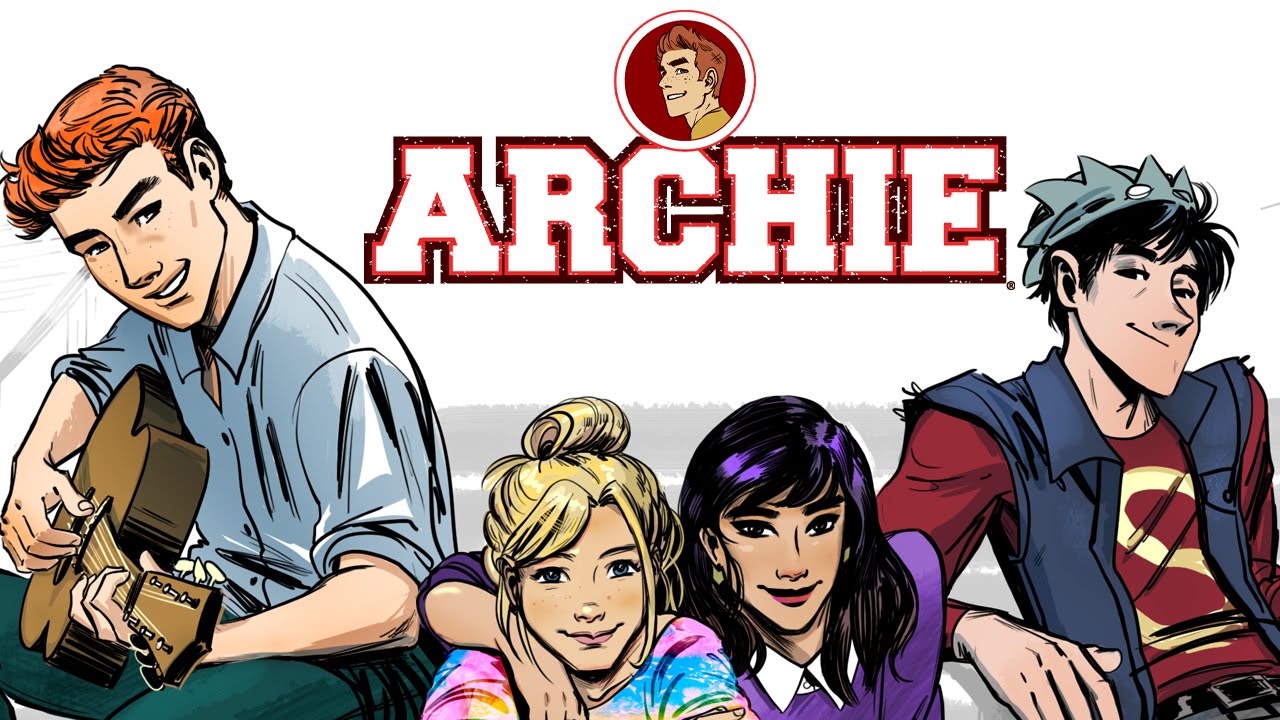 The best comic this week was Archie Volume 4: Over the Edge by writer Mark Waid and artist Pete Woods. Launched in 2015, The new Archie series is a reboot of the classic comics with a focus on maintaining the character’s hearts with modern approaches to storytelling with some of the top talents in comics. 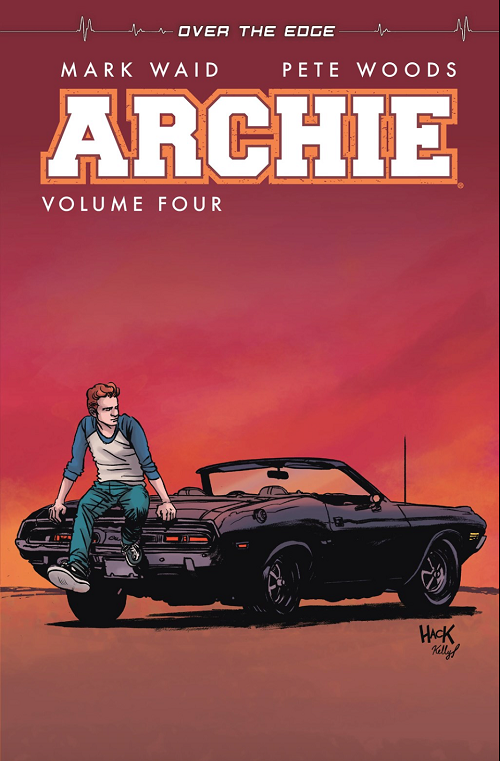 The book is really two stories over the course of several issues. After the events of volume three, four kinda resets the status quo, but like real people after a change, they can’t quite settle back in. Veronica is back from boarding school and back together with Archie, but there’s a gap there. She’s matured and her father knows this will drive a wedge between her and Archie. Jughead, of all people, has to help them salvage their relationship.

The second story is the titular “Over The Edge.” Archie and Betty (really just Betty) get Archie’s grandpa’s car running. It’s been their shared quest since they were eight. Reggie comes along and threatens to reveal to Veronica that Archie might get kicked off the football team. In return for his silence, he challenges Archie to a drag race. Betty finds out minutes before the race and rushes off to save Archie, but slips from Reggie’s oil slick and crashes off a cliff. She ends up in the hospital.

Mark Waid brings an emotional honesty that for all the gags, feels Archie. There’s the adorable earnestness and the slightly cheeky humor about teens and their crushes, but it’s more mature. The story is allowed to grow. Everyone does, even Jughead.

There’s a healthy dose of influence from Riverdale, although much lighter. Jughead tries his (whoopie) hat at being a detective. Archie being on the football team is suddenly a plot point. The whole “Betty in a coma” thing is suitably dark. It never goes full on dark though. It’s still Archie, it’s just that actions have consequences. If Archie spills a can of paint, it comes back not just that story, but it stains the next one too. Which is serial fiction 101, but with Archie it feels monumental.

There’s a sense of progression. That’s something interesting and new from Archie. The only progression you used to get was the styles they were wearing and Jughead forming the Time Police. Oh, and Kevin Keller, obviously. That aside, nothing really stuck. 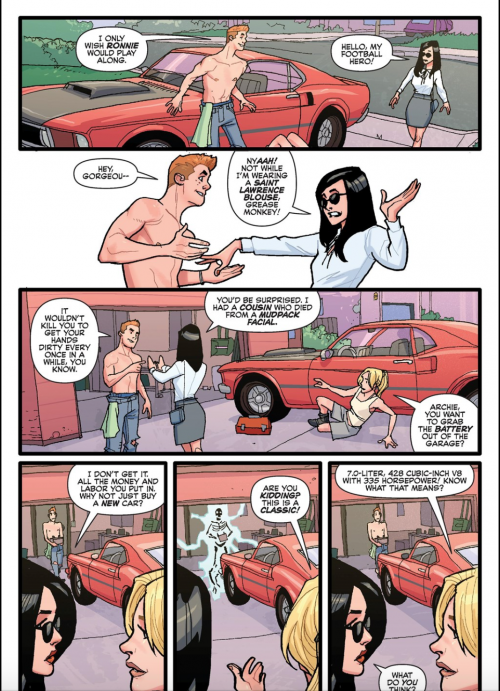 Historically, Waid has been great at writing teenagers, albeit super powered ones (Impulse, Legion of Super Heroes) but some of his recent attempts have been less than stellar (Champions). It’s good to see that he still has it, especially in a “more” grounded world.

Pete Woods is great. Archie (the company) has been bringing a lot of big name art talent to the series, which I bet is great for said artists. The artists get to stretch muscles drawing stuff besides people fighting each other. Woods really shines in Twenty Two, the final issue in the collection with everyone’s memories of Betty and the amazing two page spread with Archie and Betty’s history.

There’s a “look” to the new Archie series, lots of gutter space and overlapping panels. The layout changes pretty regularly, but is always between four or five basic structures. I wonder if that’s mandated or was set up by original series artist Fiona Staples and the other artists kept it for consistency. At the same time, it’s not like it’s an unusual layout, the Big Two superhero books use it all the time. It goes between the nine panel and eight panel grids. I partly wonder if I’m just noticing it because it’s Archie and I’m accustomed to a different layout.

Archie is a fun, apparently now high stakes series that’s great for teens and fans of Riverdale, as long as they can put aside the angst long enough to read it. Over the Edge is available in digital and paperback.