The nights are chilly, the wind is fierce, so pull up to your fireplace (or TV playing a looped video of a fireplace) and snuggle up with some action-packed novels to keep you warm! Winter is probably the best time to read because you have every excuse not to go outside and every excuse to be wrapped up in blankets, not moving. It helps too that this month’s Bookcase Club is packed full of intrigues, murders, and sinister triple crosses, check it out: 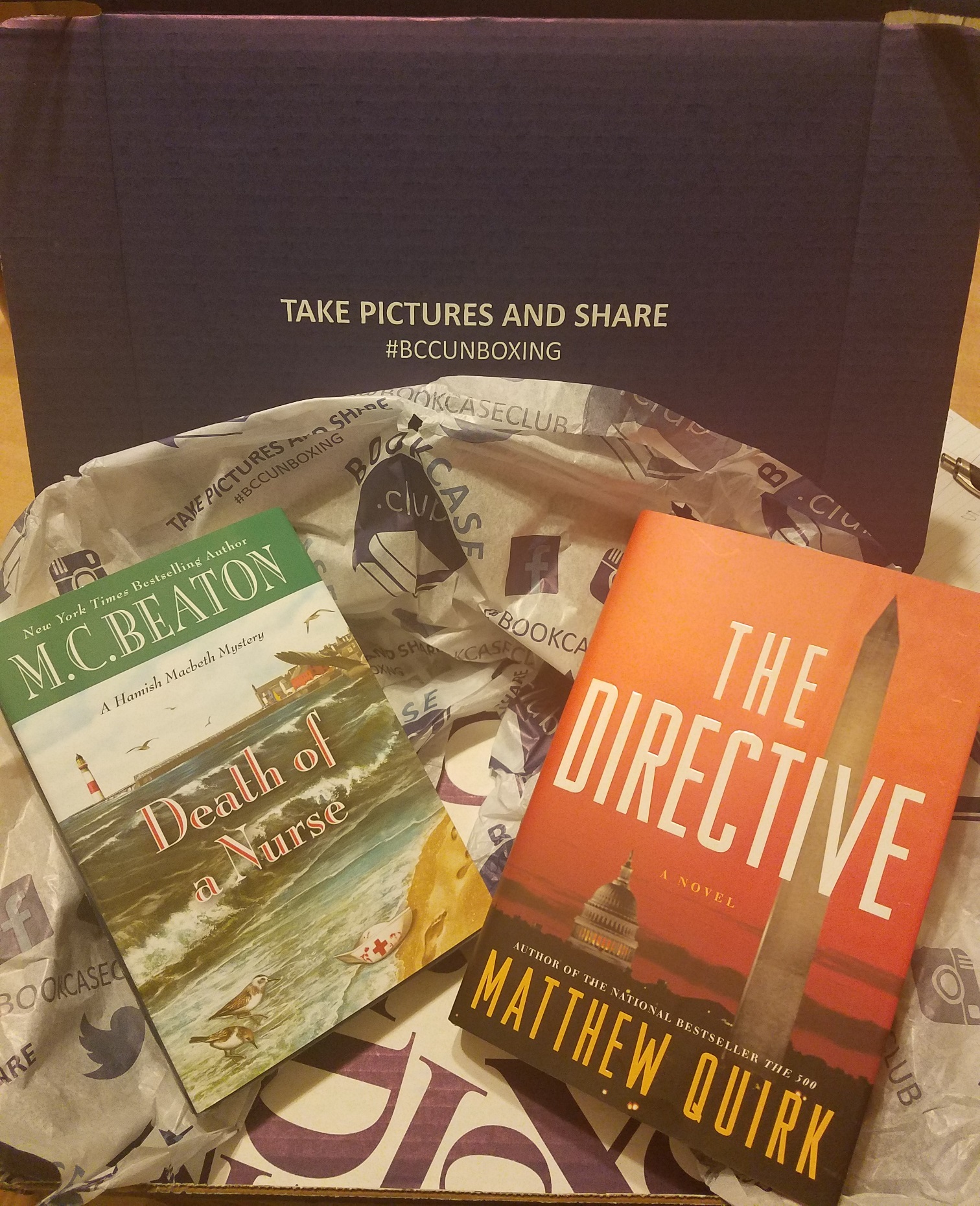 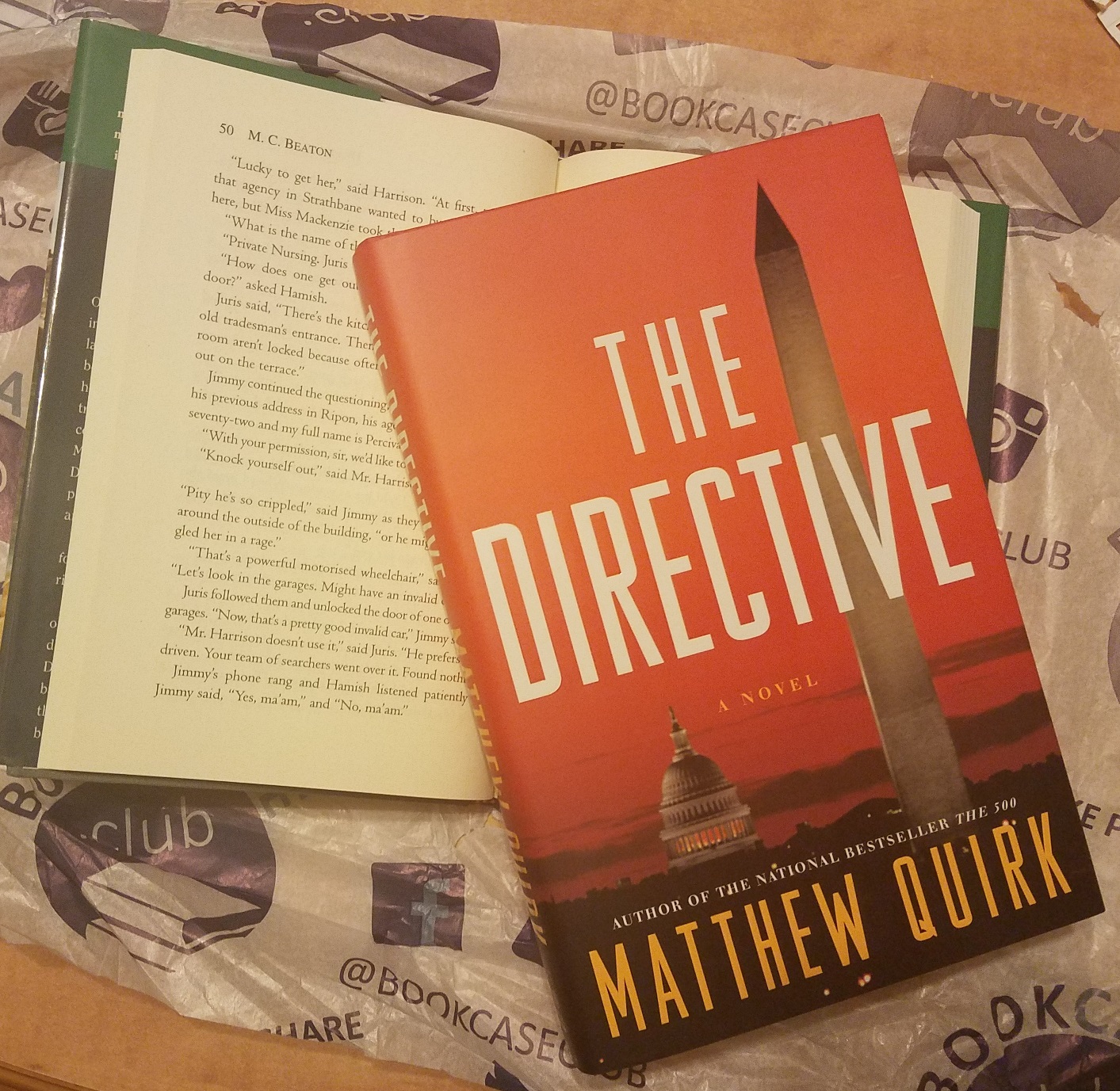 This thriller opens the door to a world of petty thieves, black market arms dealings, and an old DC family with deep connections to underhanded dealings. The Fords aren’t afraid to get their hands dirty – except for the youngest member, Mike Ford, who has managed to get away from the family business and has worked hard to build a legitimate life as a Harvard-educated lawyer. He thinks he’s gotten away from it all – living in his mansion with a beautiful (and rich) fiancée – but one desperate phone call from his brother and he gets tangled up in an outrageous and dangerous heist.

“The police closed in. I could feel his blood dry, tighten like scales on my skin. It marked me as the gunman. I knew I should raise my hands and surrender, trust my life to the laws I had sworn to uphold, the laws that had torn my family apart.

Or I could give myself to the killers. They waited in the black car beside me, my only escape. The rear door swung open. I was innocent, but I’d seen enough to know the truth no longer mattered.

A hand reached out for me.

The only way out was to go in deeper.

I stepped into the car.”

Matthew Quirk, besides having a quirky last name (haha), studied history and literature at Harvard College. After graduating, he worked for The Atlantic reporting on crime, private military contractors, the opium trade, terrorism, and international gangs for five years. His other books include The 500, Cold Barrel Zero, and Dead Man Switch.

“The Directive is a nonstop, heart-pounding ride in which moral blacks and whites turn gray in ‘the efficient alignment of power and interests’ that is big-time politics. Quirk has another high-powered hit on his hands” —Booklist (Starred Review)

Death of a Nurse 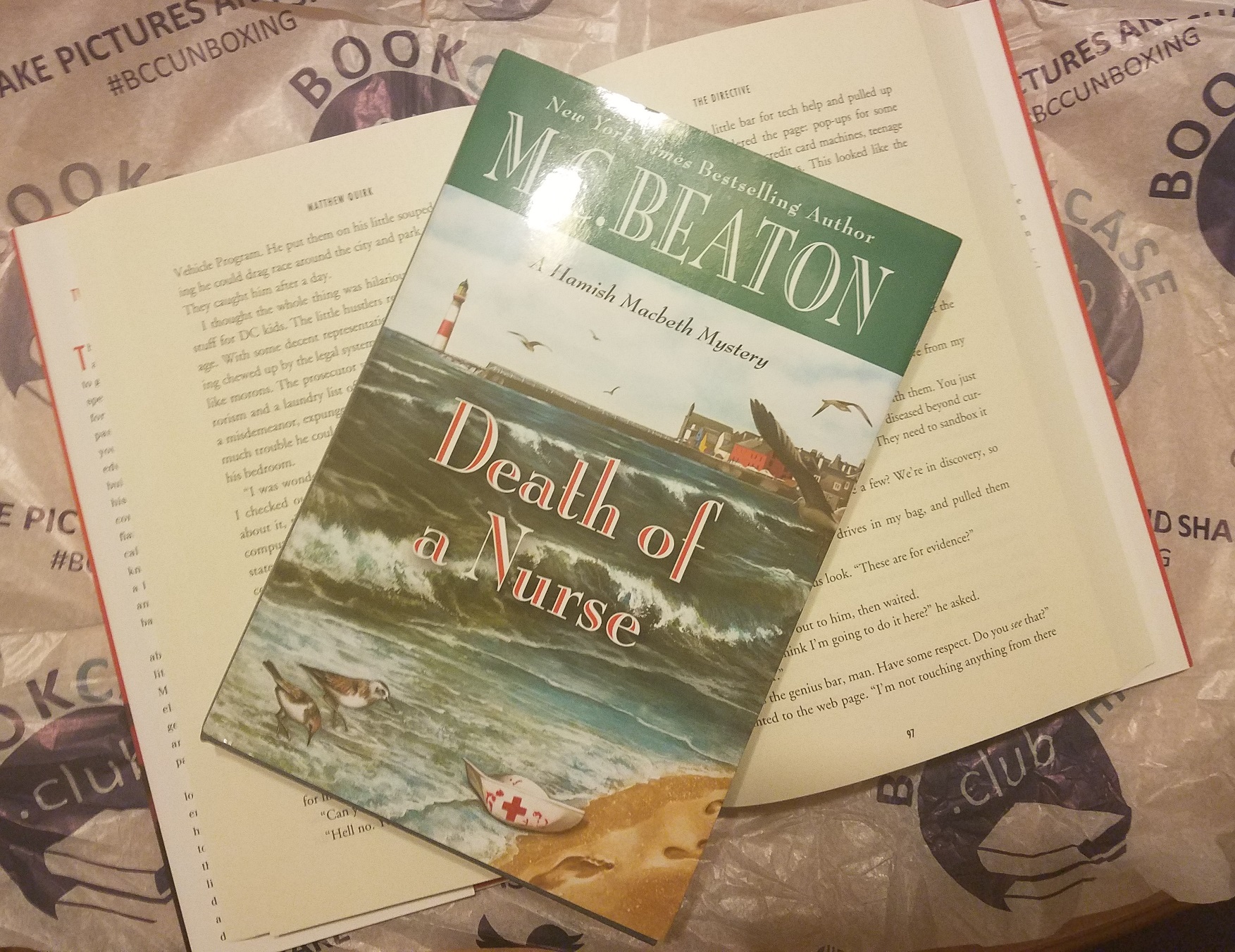 This Bookclub Case also had a Hamish Macbeth mystery, which has us following Police Sergeant Hamish Macbeth as he visits James Harrison, a man who has recently moved into a restored hunting lodge nearby. While Harrison proves to be a terrible host, Macbeth also gets to meet Harrison’s beautiful and stunning private nurse: Gloria Dainty (that name though). Macbeth invites her out to dinner but on the night the wonderful date is to happen, the nurse never shows up (I wonder if the title of the novel is trying to hint at something?). Four days later, Dainty is found dead on a beach and it’s up to Macbeth to figure out who the murderer is before they strike again.

“With a beating heart, [Hamish] picked his way among the rocks. Between two of the pointing rocks lay the shattered body of Gloria Dainty under a heaving canopy of black flies.” M.C. Beaton has written a multitude of novels – including the New York Times bestselling Hamish Macbeth series. Others include the Agatha Raisin mysteries, the Edwardian murder mysteries, and some standalone mysteries and historical romances. Beaton wrote her historical romances under her maiden name (Marion Chesney), as well as several pseudonyms (Helen Crampton, Ann Fairfax, Jennie Tremaine, and Charlotte Ward.) But because of her success with mystery novels as M. C. Beaton, most of her publishers both in the U.S. and abroad use the M. C. Beaton pseudonym for all of her novels.

“Superb entertainment, as rich and warming as a fine malt whiskey, and every bit as addictive.” – Houston Chronicle

So, gentle readers, get out your snuggies, fleeces, and onesies and keep warm inside for the holidays!

Themes include Thrill Seeker, Strange Worlds, Teenage Dreams, Blind Date, Looking for Love, and the children-geared Read to Me Case. Check it out and get reading!

The ‘Riverdale’ Mid-Term Report: Black Hood Revealed, Time to Get Back to Basics