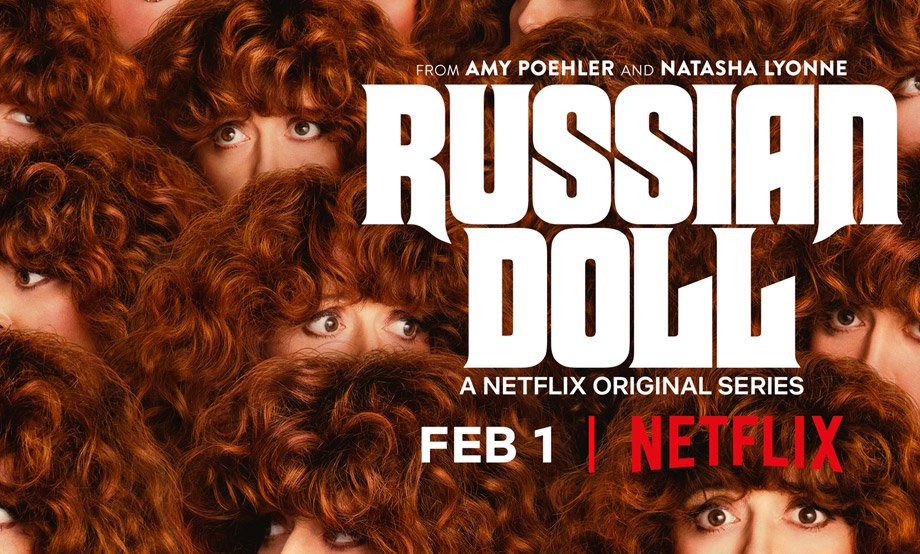 Each of us has harboured a desire to go back and rewrite the past at some point. From bad arguments to bad decisions and fender benders, sometimes life deals a blow. One that could be dodged if you were forewarned, right? Perhaps this is why we have such fixations on this type of fiction. Time travel is hot—we all want a slice of that action! Even with the attached warnings and paradoxes. Film and TV are chock-full of time-looping hijinks.

The release of this new creation on Netflix saw the first of its kind. An entire series dedicated to a time-warp quandary. Death is merely a setback to square one. Do not pass go, do not collect $200.

As protagonist Nadia (Natasha Lyonne) tries to figure out what she is doing in this loop, several theories arise. Plot-lines aside, it is a genuine joy to see Lyonne acting in the central role, rather than as the sassy best mate. Her slinking, wired, and pithy presence makes for addictive viewing. Both character and performance can certainly be assigned to the ‘tortured but lovable’ hall of fame.

As theories and solutions get hashed, the season touches on many different reasons a loop has. Suffice it to say, this has given us pause. Why does this theme get explored again and again? Do we desire time loops, or fear them?

In homage of this finest of new series (written and directed by a group of glorious ladies including creator Leslye Headland, Amy Poehler, and Lyonne herself), we dissect why this is such an interesting—and terrifying—avenue of pursuit.

There are many TV shows that feature a notable time loop episode. Here, however, we focus on the all-encompassing loop that begins and ends with the beginning and end. Films where time is the vehicle, and we are driving in circles. 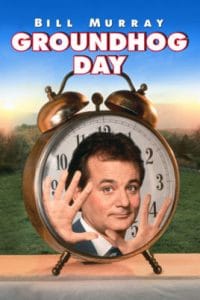 Many writers wish their words were immortalized in the lexicon of human expression. This 1993 film title (starring Bill Murray and Andie MacDowell) has done just that. Curmudgeonly news anchor Phil winds up living through this bizarre holiday again and again. With sleep, the reset button is hit and the day begins afresh. As his confusion turns to despair he does all sorts of crazy, dangerous, and often hilarious things to relieve the boredom. That is, before realizing that he has a shot at real happiness and romance. The theme here is that there is always a chance to take a fresh perspective. We can all be better people and take an interest in our fellow-men. Something Murray touts in a lot of his film choices. 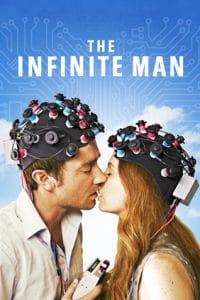 Written and Directed by Hugh Sullivan

Released in 2014, this Australian offering takes a different peek through the romantic lens. Our dorky protagonist Dean (Josh McConville) has big plans for his anniversary with girlfriend Lana (Hannah Marshall). When things go awry, Dean hatches a plan that involves a time machine. As various time-iterations of three central characters are drawn in, things get messy.

Unfolding through various viewpoints, the genre-bending film plays with free-will and control. It externally calculates the ways in which the characters will react and perform. The central tenet: We cannot control others’ emotions, no matter how much we want to. With paradox aplenty, it has absurdist charm. Sullivan addresses the lengths we would go to make things ‘right’. The meticulousness of the narrative means plot holes are very hard to come by. What a lovely change! 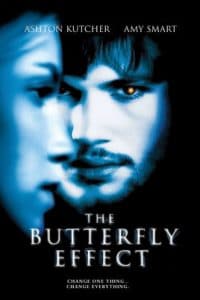 Love it or hate it (and most people did hate it) this film is rather interesting. It places responsibility on the main character in a refreshed narrative. Evan Treborn (Ashton Kutcher) realizes his power to change the course of the lives of his friends. In returning to a few (particularly harrowing) turning points, Evan navigates the various different outcomes of their lives, deciding which one is best to stick with.

As moral boundaries mix with selfish/selflessness, the overall question is this: How selfless could you be if given the choice between yours and others happiness? 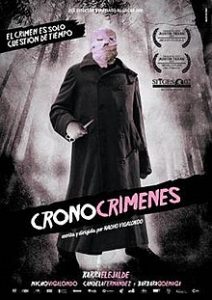 Written and Directed by Nacho Vigalondo

Released in 2007, this Spanish thriller is bound with science fiction finesse. As Héctor (Karra Elejalde) tries to undo the path of destruction wrought by a time machine, things go badly wrong. A low-budget film, audiences and critics applauded Vigalondo’s storytelling prowess in making a time-travel movie with zero special effects. The darkly comic tale is complex yet easy to follow. It operates as a warning tale of the doom that stalks you if you mess with time. 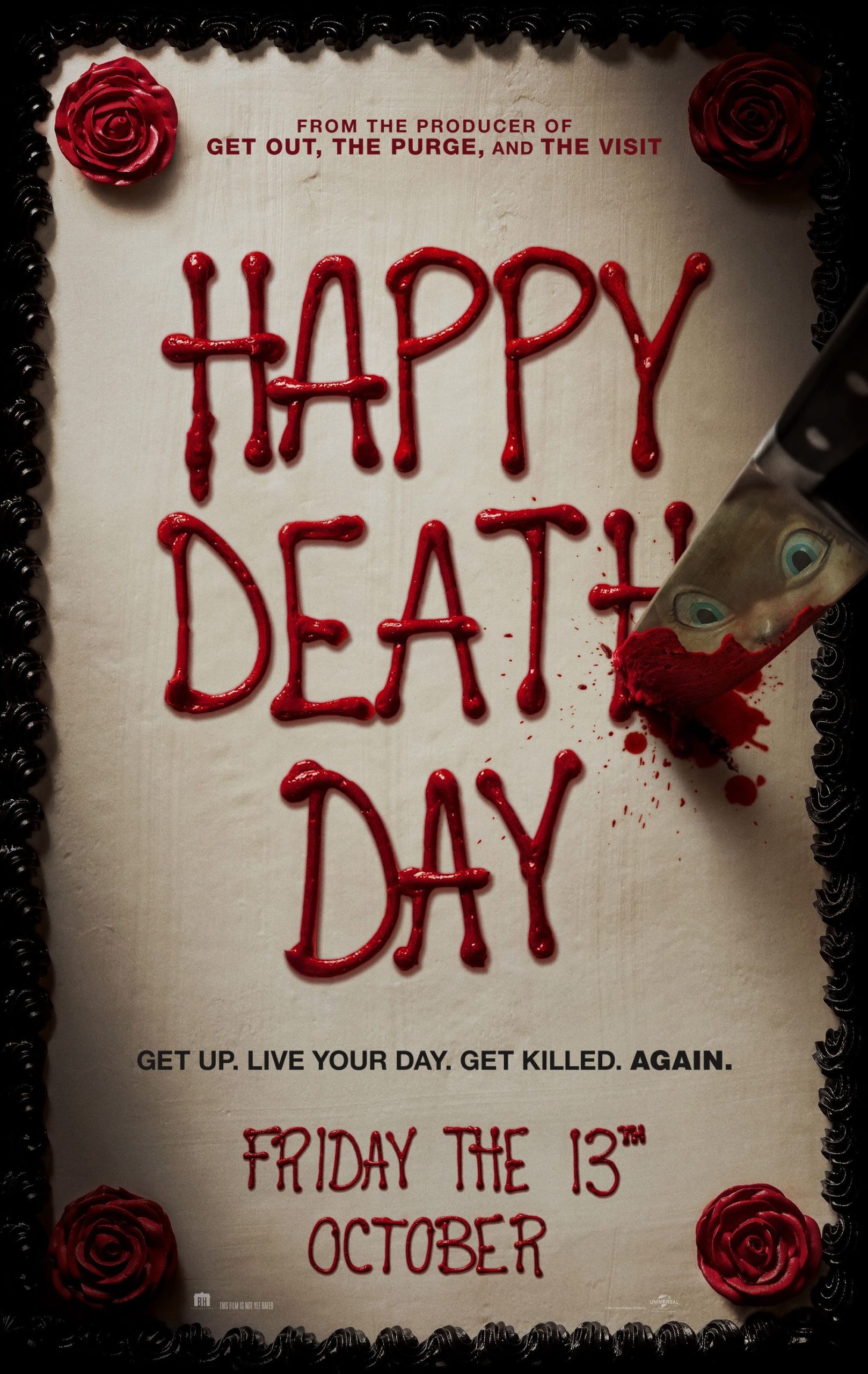 As a horror film, the opening gambit is basic. College-girl Tree Gelbman (Jessica Rothe) has a haunted past and a bad attitude. Waking up on her birthday in a random guy’s bed, she is dead by the evening. This time, however, death brings her right back to that morning with a freaky bump. It strikes a line between the mad-cap actions of Murray in Groundhog Day (some of the more ridiculous events see her walk through the campus corridors in her ‘birthday suit’) and such slashers as Valentine and Scream. As she navigates the day, again and again, trying to catch her killer, it becomes apparent that she has been sheltering from human affection too long. Through enlisting the help of her dorky triste of the previous night, she finds both an ending to the eternal day, and a new beginning.

Sequel Happy Death Day 2U already in cinemas. Prepare for more of the same B-Movie/Slasher vibes, albeit with further descent into the ridiculous. 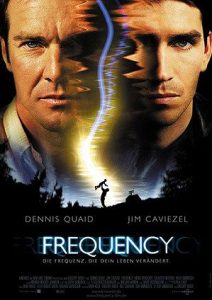 NYPD Detective John Sullivan (Jim Caviezel) is emotionally shut-off and haunted by the accidental death of his father Frank (Dennis Quaid) when John was 6 years old. After a freak incident—involving the Aurora Borealis and Frank’s old radio—John finds he is able to talk to his father, alive and well, in 1969. Through forewarning Frank, John is able to save him. The chain reaction of events, however, is less than satisfactory and the two men have to set about making things right in their respective times.

All of these tales require a hefty suspension of disbelief. This one surely takes the biscuit. Yet, at its root, the story is about a guy who misses his father and wants to see him again. Through a rift in time, John is able to save his father, and heal himself. It is a Sci-Fi Thriller with a caramel centre. 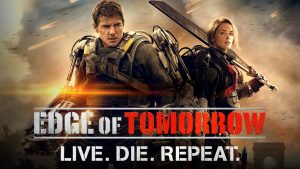 Based on the novel All You Need Is Kill by Hiroshi Sakurazaka, this is a blockbuster of Tom Cruise proportions… because it stars Tom Cruise. Major William Cage (Cruise) and Rita Vrataski (Emily Blunt) are instrumental in bringing about the downfall of an alien race intent on colonizing earth. After an alien interaction, Cage accidentally contracts the ability to reset after his death. In turn, he and Vrataski learn that the alien army uses time loops in combat to better anticipate enemy action, and win each battle. Through an intense and complex series of events, Cage is able to change the course of the war and save humanity. How very Tom Cruise of him.

The focus on weaponising time loops is the difference with this film. It is not a concrete science but certainly highlights how foresight creates better opportunities. However, at its core, it is pretty much high-octane cinema fodder that cleaned up in its opening week.

Within these tales, the overarching sense we get is our mortal obsession with time. Our choices and actions within time. It is linear to us, but scientific theories about the universe and the way that time acts outside of our perception – these are very malleable.

So, returning to Russian Doll, what is neat is the way in which Nadia questions her deaths. Do these repeated deaths leave grieving friends in their wake? Or do they cease to exist? A fantastic ongoing nod to computer games draws links between their predicament and those of platform games. Die, and you return to a checkpoint. Repeat until you solve the puzzle. Could Nadia and Alan be experiencing a glitch in the game? Exploration of the mysteries of time and the creation of open-ended questions (despite its heartwarming resolution) only adds to the charm. The creators are people who understand the power of open questions and beautiful endings.

In the end, we feel the catharsis of witnessing various endings from one (seemingly fixed) scenario. The trap of endlessly repeating the same routine is abhorrent. When we take stock of our lives after Russian Doll or Timecrime, we might feel emancipated. Similarly, the frustration of not having the power of a ‘do-over’ dissipates. We bond with our protagonist, seeing them through their various ends. We can continue on with our lives, and leave all those choices we might have made to idle conjecture.

And, let’s face it: time-travel is far too messy. Best leave it to our on-screen heroes and heroines.