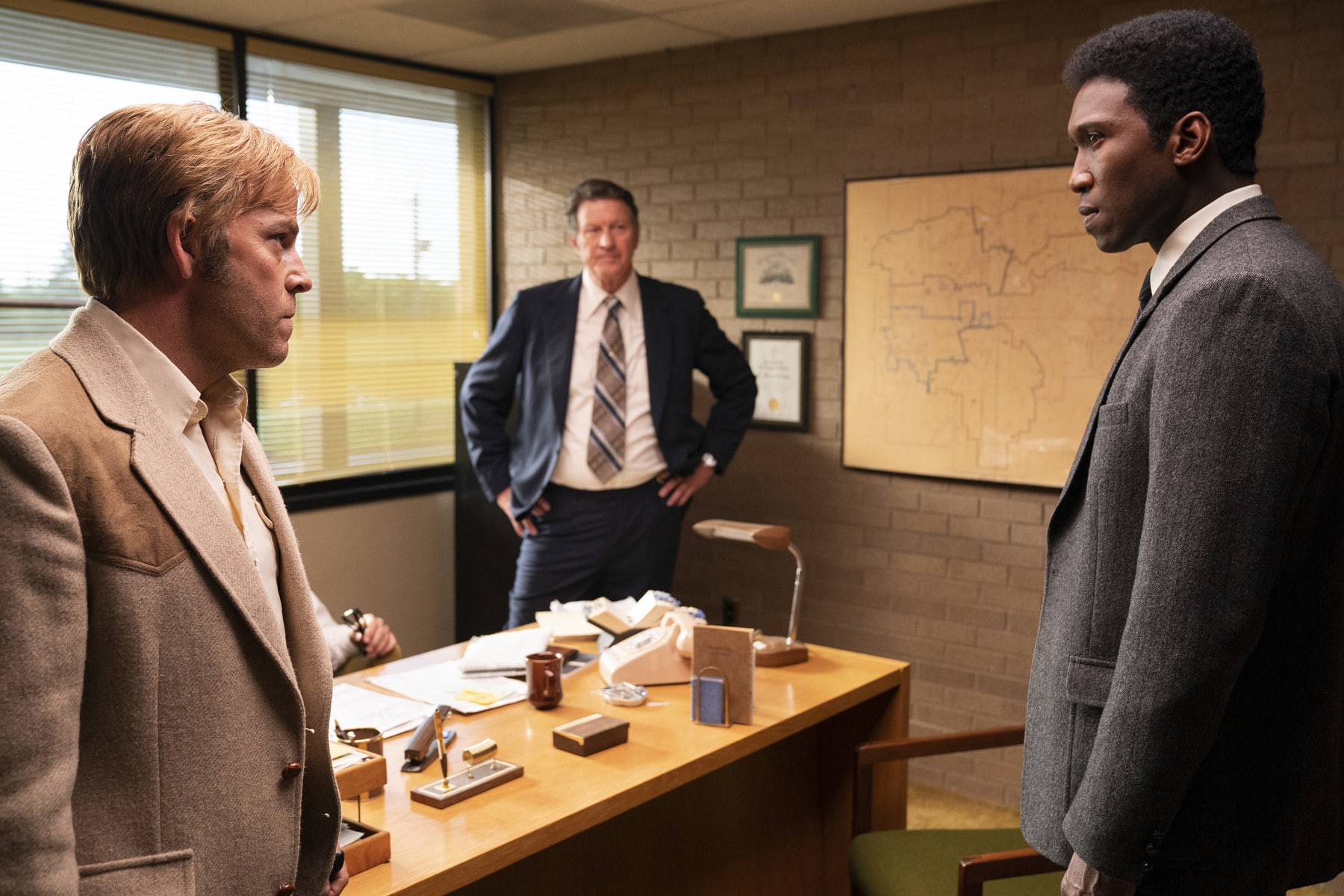 Popular wisdom on narrative fiction suggests being concise, economical. Choose the right words and make them few. Say it fast. The world that is fascinating in your mind as a writer, that you can see so clearly, loses speed and intensity if you get too verbose. Know what it important, necessary, to tell your story, and then use it. Tell it. If it seems hypocritical to be so garrulous about the subject of brevity, I would remind you that I am not telling a story. True Detective Season 3, is. But what story? Is it the story of a vanished little girl? A killed little boy? An old man, losing his mind and trying to find it where he can? Two detectives trying to solve a case? I couldn’t answer because the show couldn’t answer. The finale may be the most triumphant moment of the season, and even it goes on needless digressions that do not enrich the story, but make it feel scattered and overly long.

Was It Good? Yes. No. Emphatically.

The most frustrating thing about this episode is how satisfying the conclusion of the mystery is. One of my biggest concerns going into this finale was that it would be a rote, child trafficking plot. Child trafficking is very tragic and very real, and absolutely nothing to be taken lightly. And in the mold of Bryan Fuller’s argument, regarding why sexual assault was never portrayed on Hannibal, it is difficult to find any pleasure in such a storyline. Especially when the deeper implications of it are not at all explored and just used as a device.

Instead, True Detective gives us a genuinely moving and rather tragic answer to the question of what happened to Julie and Will Purcell. Hoyt’s daughter, Isabel, loses her daughter and husband in a car crash, and is absolutely devastated by grief. At her father’s company picnic, she sees Julie Purcell, who favors her deceased daughter and quickly strikes up an arrangement with Lucy – she’ll pay Lucy a big pile of money in exchange for being allowed playdates with Julie. The mystery of who Julie and Will were sneaking out to see is finally solved. Will was sent to watch out for his sister, while she met up with Isabel and the one-eyed man who helped raise her, Mr. June.

Unfortunately, Isabel’s sanity suffered, following the loss of her daughter, and she stops taking her meds. One day while they are all playing hide and seek, Isabel decides to take Lucy home with her. Will tries to intervene, and in separating them, Isabel knocks him over the edge of a small cliff, and the child dies. Mr. June arranges the body, afraid to go to the cops, and calls Hoyt’s man in the police, Harris to fill him in on the situation. Harris seizes on the Woodard disaster to plant Julie’s backpack and effectively end the case. Meanwhile, Isabel raises Julie as her lost daughter, drugging her with lithium so keep her sedate and content. Mr. June eventually realizes what an unhealthy life this is for Julie, and helps her escape. Julie goes to a convent and is attended by the nuns there, who eventually fake her death to give her a new life. Isabel goes full Miss Havisham, puts on her wedding dress, and kills herself. We learn all of this in 15 minutes. This entire seasons worth of TV is given to us in a monologue.

I suppose there could be a point in all of this about the unpredictable and often unsatisfying nature of police work, but there is very little to truly lead the viewer to that end. Instead it feels rushed and frankly baffling that on a show called True Detective, the mystery is ultimately not solved by detection, it is solved because Mr. June, conscience bruised and exhausted, chooses to tell West and Hays the truth about what happened. Points for verisimilitude go out the window when illuminated by the light of the fact that the resolution is ultimately offered freely, in a soliloquy. And it’s a shame, because it’s a good story. It’s a well thought out tragedy, and a season’s worth of telling that story, of having our detectives actually, you know, detect that story would be worth the watch.

Instead, we spend much of the season looking wistful and intense and brooding about manly things. I remember more about Mr. June’s monologue than I do about the entire season, because more happens in that 15 minutes than in 10 hours of television.
Presumably the idea is to show the effects this one case has on Hays’s life. And I guess we get some of that, but not enough for it to feel meaningful. We see him treating Amelia like garbage, often, but it’s supposed to be justified because he’s haunted? And a protector? But he attacks her verbally and viciously, I might add – for writing an article that he told her to write, accusing her of honey potting him, and again, the show strongly suggests that we are supposed to sympathize with this, because he has lost his position by refusing to denounce her (I’m going to gloss over the fact that somehow Amelia is just able to become a journalist, despite being a teacher) and because he is the tortured, sad genius. 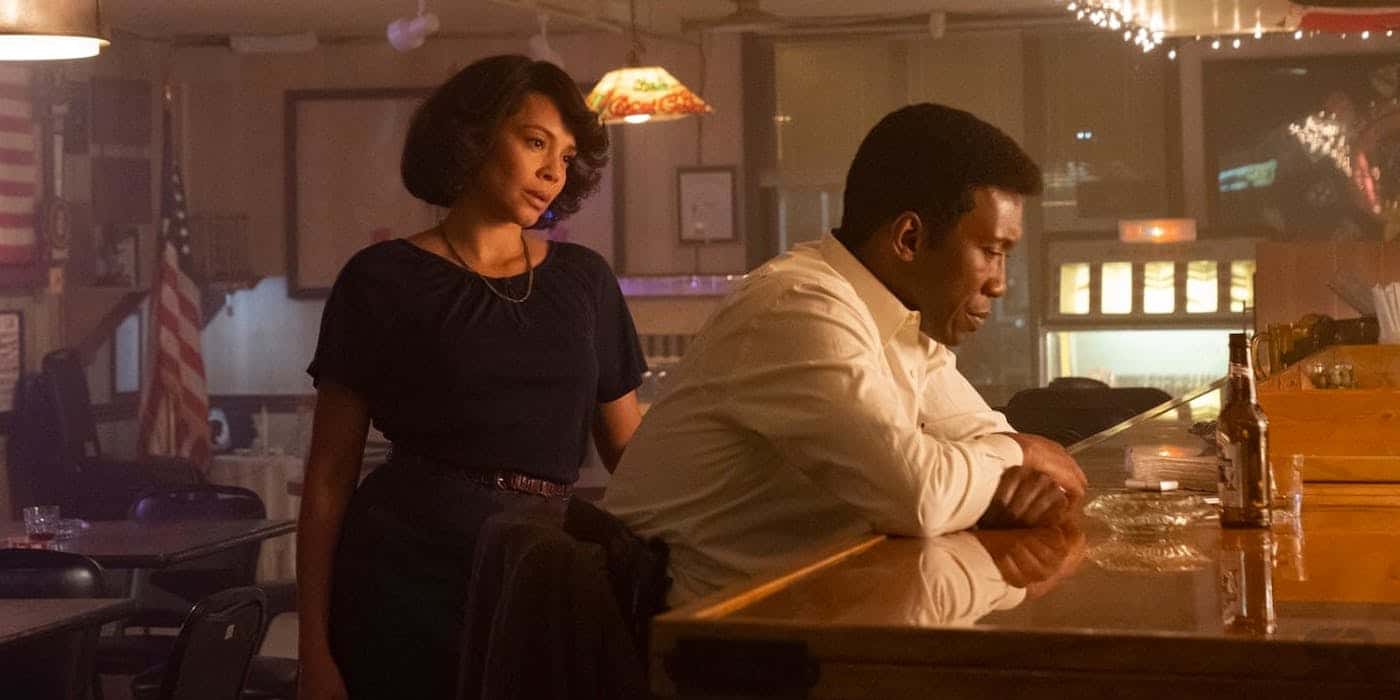 It does not linger on how Amelia, a black woman in the racist south, would have suffered abuses for so long, and how to receive similar ones from a man she trusted and cared about would cut deeper. Because Amelia doesn’t get to be a character. She gets to be a punching bag. But still, we are supposed to care about their relationship. To pull for them. I wanted her to leave, to write her book, to be celebrated and independent and wonderful. I mourned her wasted potential. Her lost joy.

Ultimately, True Detective is a show about men, and one very specific view of masculinity. There is a hint throughout – and an interesting one, though one that our good buddy, Nic Pizzolatto shot down in a way that did not even remotely surprise me – that Roland might be gay and in love with Hays. It would have been an act of understated story-telling, a cop in the south with an old notion of gender norms never has a successful relationship with a woman, but gets very close with Tom Purcell, and is totally devoted to his partner. When Hays chooses to accept the demotion, West says “What about us?” But understated story-telling isn’t why Pizzolatto got in the biz, clearly.

I don’t know. I want to end this season and this recap with some sort of definitive statement about True Detective but I can’t. I’m considering re-watching season 1 to see if it really was as good as I thought it was, or if it just hit me at a time when I was young and pretentious enough to think all that purple dialogue was amazing. The acting was great, the cinematography was beautiful, but season 3 feels like a study in wasted opportunity.

Loops in Time and the ‘Russian Doll’ Effect