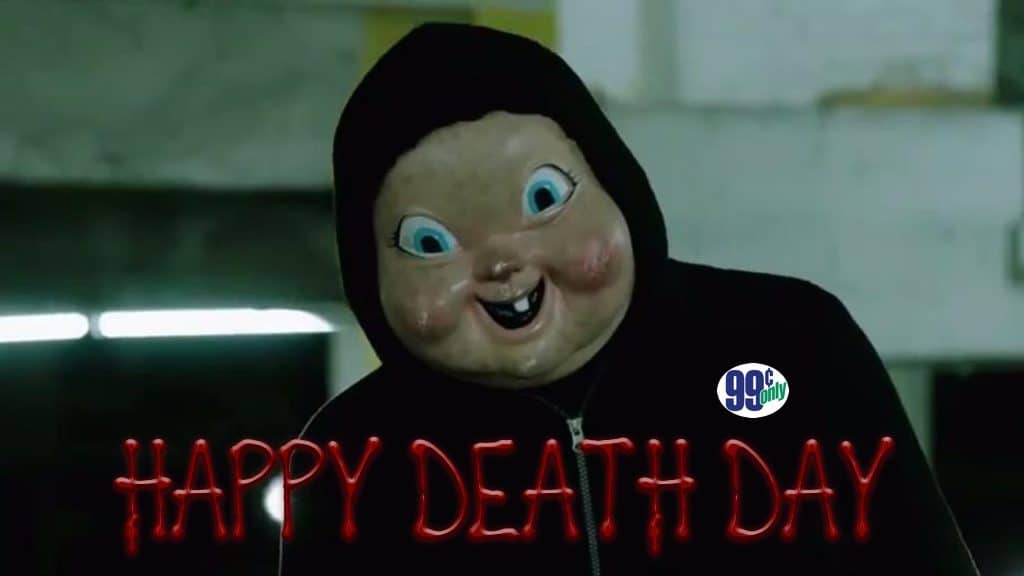 The featured $0.99 movie this week is last year’s Jennifer Garner starring, ass-kicking revenge flick Peppermint. All I really want to say about Peppermint is that I did watch the trailer, and if you watch it too, you’ll see why I was fairly adamant about skipping it. That being said, my instincts about these things are occasionally wrong. Case in point, the slasher flick I dug out of the “Movies You Might’ve Missed” section. So …

This week, a shallow coed repeatedly relives the last day of her life (and her violent death at the hands of a masked killer) in Happy Death Day.

Not many good days start by waking up in the dorm room of a strange boy whose name you can’t quite remember. Double that if said day happens to be your birthday. For Tree Gelbman (Jessica Rothe), waking up in a mystery bed is only the beginning of the bad as this particular birthday ends with her own brutal demise. Somehow Tree is gifted with a do-over for the fateful day, and then another, and then another. Who knows, maybe one day she’ll figure out who keeps killing her, and she might even live to see a new day dawn. Find out in the silly but surprisingly satisfying slasher comedy Happy Death Day. 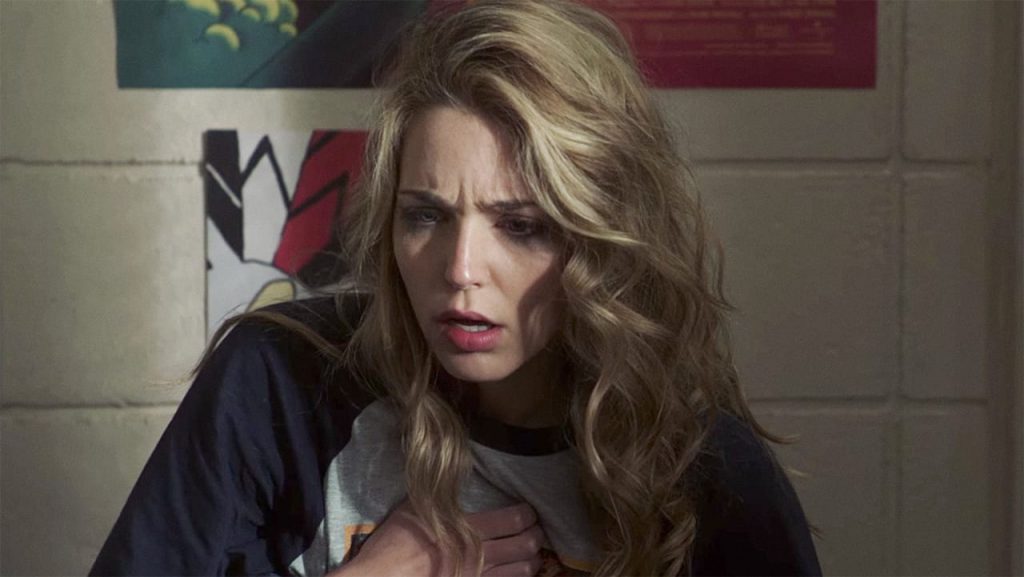 I Can’t Change What I’ve Done

Before I get started here, let me just get it out-of-the-way that the reason I skipped Happy Death Day when it hit theaters last year was because I’ve seen, and absolutely adore 1993’s Bill Murray fronted Groundhog Day. In case you need a refresher, that film follows a man trapped in a sort of time loop and reliving the same titular day ad infinitum. So, when the trailer for Happy Death Day hit theaters in advance of the film’s release, well, let’s just say the feeling of déjà vu was more than a little strong.

That has a lot to do with the fact that the film’s writer (Scott Lobdell) and director (Christopher Landon) don’t try to reinvent the wheel with their genre-fied take on the repeating day phenomena. Rather, the pair simply add a spoke or two to the already compelling mix and spin themselves a surprisingly clever little slasher/murder mystery in the process. One that benefits mightily from a delightfully engaging central performance from star Jessica Rothe that bears depth, wit, and genuine pathos within a character that might otherwise play as frustratingly one-dimensional … which is no small feat as Happy Death Day‘s character arc and plotting are essentially carbon copies of Groundhog Day.

Even still, with a few solid, genre-specific flourishes and a well executed third act twist, Happy Death Day does more than enough to separate itself from the film that inspired it. At times, it even bests the Murray classic in terms of audaciousness and pure emotion. And yes, in spite of its passion for a few too obvious horror tropes, and sometimes unnecessarily lowbrow comedic affectations, Happy Death Day does deliver on emotional resonance. Not so much the kind that’ll leave you bleary eyed throughout, but just enough to ensure you actually care what happens to the young woman caught perpetually under the dagger.

Of the dagger-wielding psycho chasing her down, I’ll say that the film makes excellent use of its genuinely creepy mask. While said mask does lead one to wonder just what sort of university would have a creepy baby as their school mascot, I’ll also say that it’s probably best not to ask such questions of a movie like Happy Death Day. ‘Cause questions and answers don’t really matter so much when a movie is having as much fun as this one. 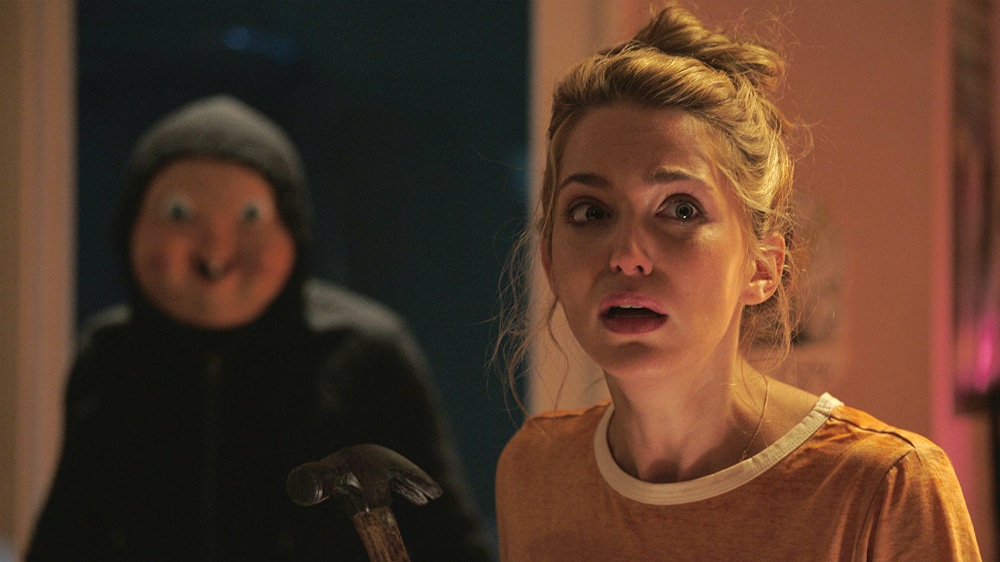 Look, I’m not gonna waste any time here trying to convince you that Happy Death Day is a great movie. It really isn’t. But it is a lot of fun, and it’s occasionally creepy, and as long as you go into it expecting nothing more than cheap thrills and a few laughs, you’re likely to feel like that $0.99 rental price is a bit of a steal. That still may not be enough for me to also vouch for the currently in theaters (and seemingly unnecessary?) sequel, but clearly my instincts aren’t always correct.