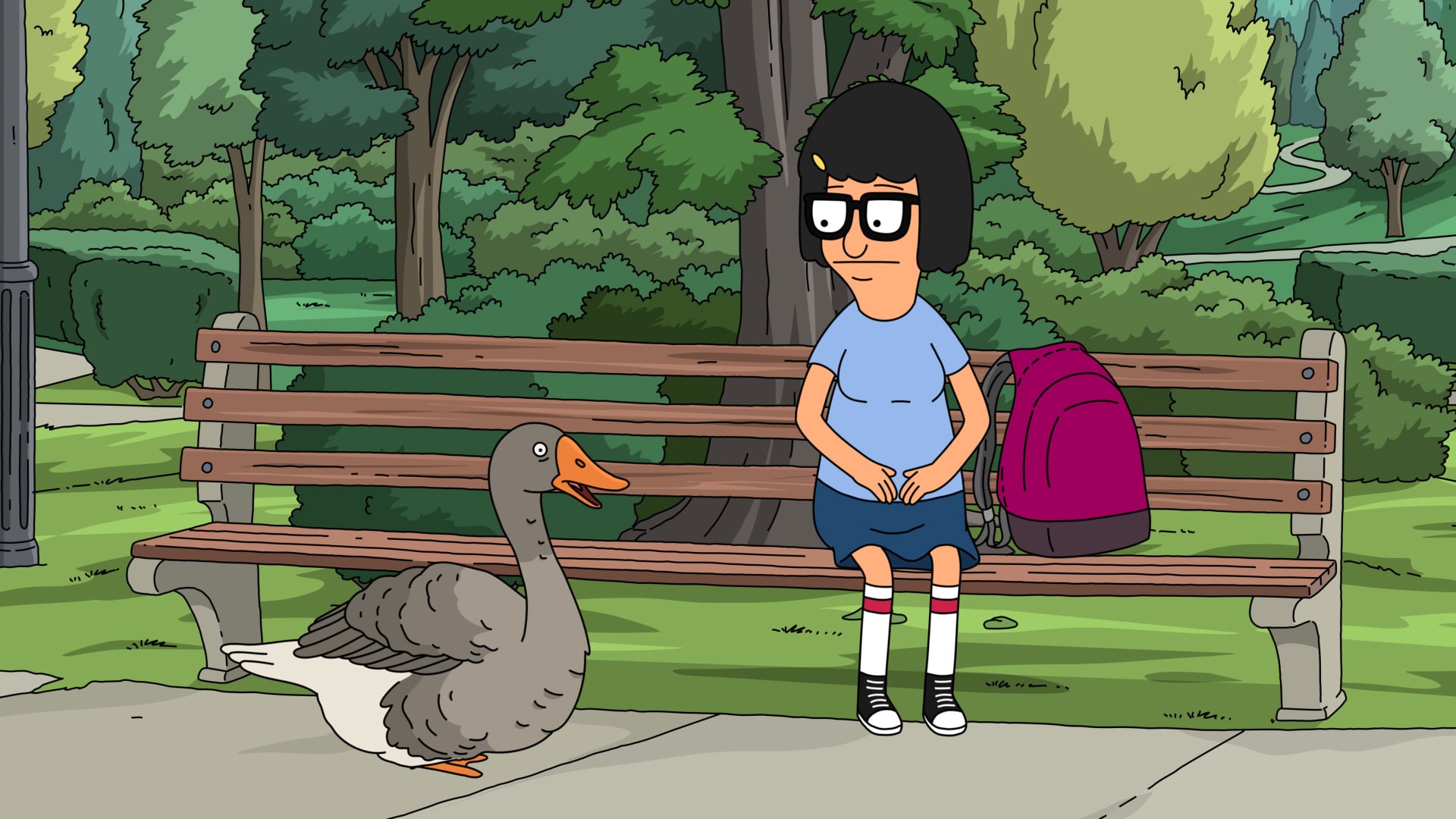 Last week, Bob’s Burgers celebrated Valentine’s Day by focusing on the show’s main romantic couple—Bob and Linda. And while the two of them seemed to hit a rough patch at just the wrong time, they were able to work through it and make the best of the holiday. Because adults in committed relationships are usually able to get past petty arguments and simple misunderstandings (or at least should be).

But were any of us that mature in the eighth grade? Probably not. And so even though Tina overreacts a little bit (okay, maybe a lot) to being snubbed by Jimmy Jr. this week, you can’t really blame her. Tina’s entire world is made up of boys and their butts, and Jimmy Jr.’s butt is the one that she likes the most (along with the rest of him, I assume). And it’s obvious that he likes her, too. They’re awkwardly perfect together. And so for him not to ask her to the dance—the dance that features the theme she came up with—feels like the ultimate rejection.

Because every rejection feels like the ultimate rejection when you’re in middle school. We’re all so insecure at that age that even the slightest hint of disapproval can be devastating–especially if it’s from someone we secretly have a crush on. It’s a horrible time for most of us, and you couldn’t pay me enough to go back there. And I’m sure my experience wasn’t as bad as some, but it was rough nonetheless.

Of course, in this case, it’s all a big misunderstanding. Ironically, the only reason Jimmy Jr. doesn’t ask her to the dance is because he’s sprained the butt she likes so much, and he’s embarrassed that he can’t actually dance. And, in his defense, he tries to tell her, but she’s too hurt to listen. So she could have avoided the feelings of rejection (along with what comes a little too close to an interspecies relationship with Bruce the Goose), but it’s understandable that she’d jump to the conclusion that she does.

Meanwhile, Linda is also deeply concerned that someone isn’t going to ask out the right person. Gretchen needs a wedding date, and her family insists that she bring someone “normal” this time instead of her usual type. So Linda sets her up with multiple guys—guys with reputable jobs, nice clothes, etc. The only problem is that they’re all kind of boring. More importantly, they’re just not Gretchen’s type. Linda makes the mistake a lot of people in healthy relationships do—they assume that they know exactly who their single friends should, and should not, go out with. But, with few exceptions, nobody really knows what’s best for another person, and friendships can be destroyed because a well-meaning friend sticks her nose in where it doesn’t really belong.

Fortunately, Tina and Jimmy Jr. end up at the dance after all, Gretchen and Linda patch things up, and Bruce meets a new lady friend that’s a little more compatible. Now maybe Gene and Louise can finally stop doing Tina’s bathroom chores.