Home Creators CornerCosplay If You Like Your Anime Cons Laid-Back, Animore Is for You
CosplayEntertainmentEvents

If You Like Your Anime Cons Laid-Back, Animore Is for You

Baltimore’s annual Animore convention went down over the weekend with all the usual comic and animation fun but with a Japanese twist. The convention is smaller in comparison to Baltimore’s Comic Con, Washington D.C.’s Awesome Con, and other more well-known cons of various cities and areas. But if you’re in the mood for a smaller scale, more laid-back con, Animore is for you. The con consisted of 4-5 panel rooms in which there were roughly 30 attendees per room, a vendor’s room in which 20 some artists and comic dealers sold collectibles and a video game area setup in the Hyatt Regency’s Atrium. 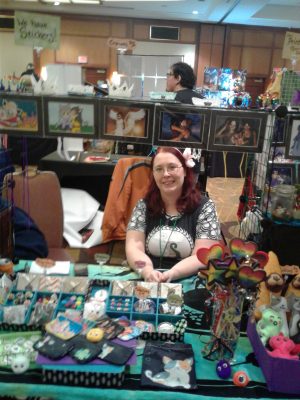 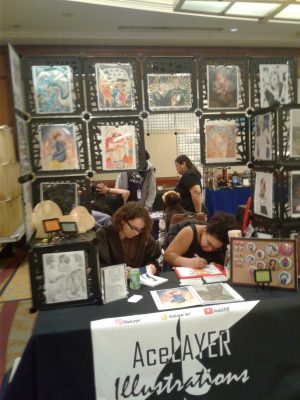 Both Awesome Con and the Baltimore Comic Con take place in the convention centers of Washington D.C. and Baltimore, a much larger venue than the Hyatt Regency’s facilities. Animore’s vendor’s room is only a fraction of the size of the football field sized vendor areas of larger cons. In comparison Animore’s vendors took up an area the size of a basketball court. But nevertheless the artwork, posters, comics, cosplay costume gear, Japanese Trinkets, Jewelry, stuffed animals, dolls, candy and fans on sale and display were all unique and pleasing to the eye. 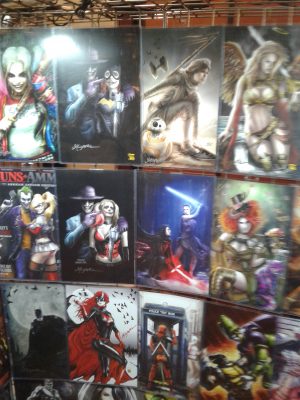 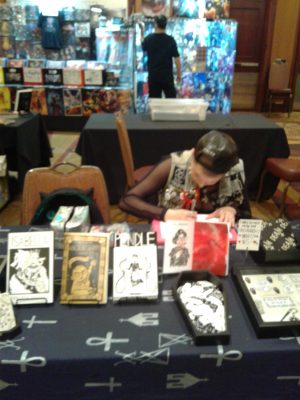 Sunday’s panels included a magic and hypnosis demonstration by U the Magician, a discussion of various Japanese comics and animated movies, and series in which story plots and themes were discussed and a low-budget costume making forum on by veteran and “expert” movie and cosplay costume maker Aaron Rabe. The cosplay costume discussion was very informative, Rabe shared his methods of making costumes in budget friendly ways by finding costume pieces at thrift stores and using old clothes and household items. He revealed how often he finds several pieces of costume gear for just $14-$16 dollars in one visit to a thrift store and how to make common cosplay pieces such as paper mache hammers and axes from everyday household items and things found in thrift shops. The panel broke down how internet sites and searches can be used to find costume pieces and also how the dollar store can be a gold mine for cosplayers. Rabe also shared his con and cosplay experiences with the audience, most of which generated laughter from the attendees. 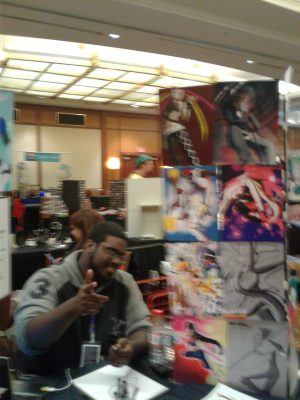 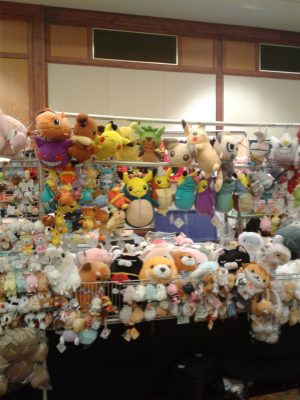 Surprisingly, there were no food vendors at the con. However if you wanted to grab a bite you could do so at several nearby restaurants and takeout places or in the hotel’s restaurant. One of the panel rooms was setup for musical performances and the end of the night dance on Friday and Saturday night. While Animore is a smaller, somewhat low-key con, the vendors, panels, and fun activities definitely warranted the $40 weekend pass price.

Fantasy or Reality?: Welcome to the World of...