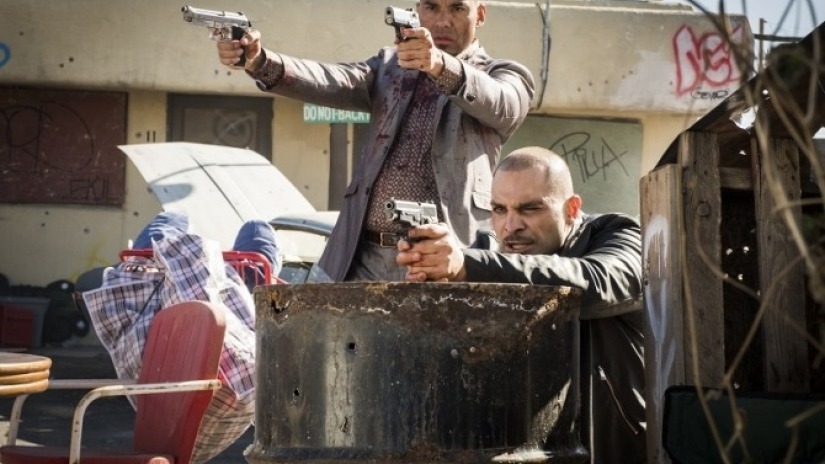 It’s the most basic concept in marketing—if you want to sell something, you have to create a demand for it. And, sometimes, that requires a little out-of-the-box thinking. And maybe a little paint.

Jimmy made it very clear a couple of episodes ago that he really doesn’t want a non-attorney job while his law license is suspended. This week, he turns down yet another job offer, and the Bavarian Boy figurine Ira stole last week ends up selling for a lot more than they had hoped, so why work at all? There’s plenty of stuff out there to steal, and we’ve seen Jimmy run some very lucrative cons, so there’s no real sense of urgency when it comes to legitimate employment.

However, Jimmy quickly realizes that he needs to at least appear to be getting on with his life so Kim will stop worrying and suggesting that he might actually need to deal with Chuck’s death rather than ignoring it (which he absolutely does). So Jimmy decides to re-enter the workforce after all, and he takes a job selling mobile phones. The problem is that there’s no one to sell them to—the store’s completely empty all day. It’s a hopeless situation until Jimmy’s reminded that a cell phone isn’t just about convenience—it’s also about privacy. Your mobile phone gives you the ability to have conversations away from home or the office where others can listen in, and no-contract “burner” phones help preserve anonymity. For many (especially given the types of businesses the members of the Better Call Saul universe tend to be engaged in), these are huge selling points that Jimmy can use to generate business. And the ability to create demand where it may not exist naturally will serve him well in his future legal practice.

On the other hand, Mike has a unique ability to cut through the bullshit and see what’s really going on. Last week, he turned down the figurine heist (which almost fell completely apart), and this week he just can’t stay silent any longer when someone in his daughter’s support group has obviously invented a dead spouse just to get sympathy. Mike may be willing to bend the rules for fun and profit, but he can’t stand dishonesty, and he has no respect for someone who would lie just to make others feel sorry for him.

Much like Jimmy, however, Mike needs to deal with the loss of his son but refuses to do so. Sure, he took care of the men responsible for Matty’s death, but he’s buried his feelings and just tries to ignore them. And he’s running the risk of driving Anita away just when it seems like they’re starting to get close.

Mike’s also resumed quality and security inspections at Madrigal, which has gotten Gus Fring’s attention (presumably, this was the point all along). Gus brings Mike in for what has to be the worst (or, at least, the most dangerous) job interview ever, but Mike refuses to be intimidated. He can see through Gus’ bullshit as well, and he knows that, despite the veiled threats, Gus needs someone like Mike on his payroll.

In Albuquerque drug trafficking news, Gus and his men frame another local drug family for last week’s Salamanca family shooting, which sends The Cousins on a violent but very entertaining killing spree. It’s heartbreaking to watch Nacho go through hell, both physically and emotionally, at the hands of Gus and his men. I get that Gus is playing three-dimensional chess at this point and that Nacho is one of his most powerful pieces, but it’s hard to imagine that he’ll be able to take much more. Gus is so amazingly good at playing the part of the affable, civic-minded restauranteur that it’s jarring to see how cruel and calculating he can be when needed.