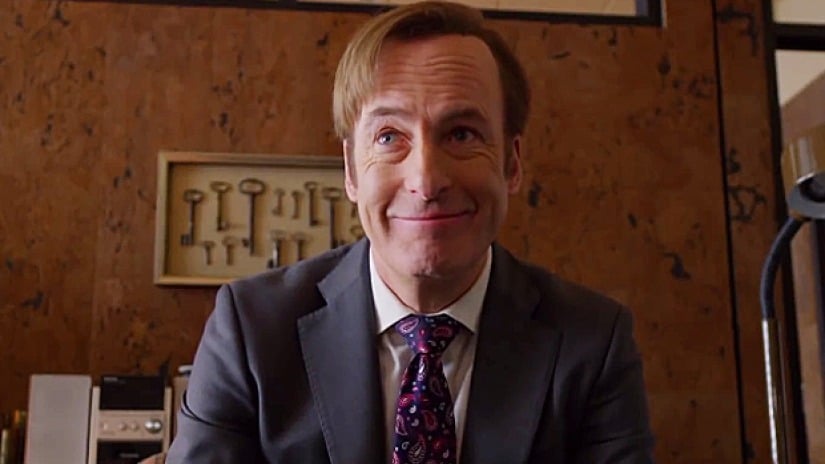 In its fourth season, Better Call Saul has proven to be a show that can stand on its own merits and be incredibly entertaining regardless of whether you were a fan of its predecessor, Breaking Bad. But let’s be honest—for those of us who’ve watched the rise and fall of the Walter White meth empire over and over again, and loved it just a little bit more each time, seeing all the callbacks in tonight’s episode was a little nostalgic. And a hell of a lot of fun.

As I mentioned last week, Jimmy’s true nature may be starting to show, and this week we see even more glimpses of the man Jimmy McGill will eventually become. The salesmanship and fearlessness that ultimately make Saul such an effective “criminal” lawyer are there, but Jimmy’s still a little too reckless. Mike realizes right away that the Bavarian Boy figurine heist isn’t as great an idea as Jimmy thinks it is, and so he passes immediately. Sure enough, Jimmy has to get creative to keep his accomplice (yes, that’s Ira from Vamanos Pest) from getting caught. Of course, no one could have foreseen that one of the owners of Neff Copiers would be spending the night in his office, but Mike just has a feeling that something might very well go wrong. And, of course, he’s right. Jimmy will eventually learn to recognize the warning signs, but that will take time. Until then, if he’s smart, he’ll listen to Mike next time and save himself a lot of hassle.

Gus Fring takes another major step forward in his quest to shut down the Salamancas and break free of the cartel, and Nacho takes one (two, actually) for the team in the process. In a move that is as brilliant as it is vicious, he has Victor and Tyrus make it look like Nacho and Arturo have been gunned down by unknown assailants in the desert (this also provides an explanation for Arturo’s death that points to someone other than Gus). The second bullet is entirely unnecessary, and it almost costs Nacho his life (and still might). Nacho has been a tragic figure this season—he’s tried desperately to extricate himself from the cartel, but he’s essentially traded one drug family for another. And although Gus seems like he would be a wonderful owner to work for at Los Pollos Hermanos, he’s a pretty cruel boss on the drug side of things. Bad performance reviews seem to result in termination (and not just of your employment).

Because of the apparent attack on the Salamancas from the outside, Gus now has Juan Bolsa’s blessing to find a domestic source of product, and none other than Gale Boetticher is testing samples from other chemists to help Gus find the right person. Gale knows he can do much better than the sub-par work he’s been given to test, and eventually he’ll be given the chance to prove it. But not yet.

Kim’s back to work for Mesa Verde, and she has a new paralegal to help out. But her accident and Chuck’s death have changed her perspective, and so when she sees how aggressively Kevin is pursuing expansion, she has to be wondering why she’s doing all of this, and whether she can handle it, and whether it’s even worth it to begin with. She seems to be taking Chuck’s death harder than Jimmy is, but not because she gives a damn about Chuck. She saw how Chuck treated Jimmy, never really giving him a chance. And even though Chuck says some nice things in his “to be opened upon my death” letter, everything he did while he was alive said just the opposite. She knows how conflicted Jimmy must be about the whole thing, but Jimmy’s shut down emotionally where his brother is concerned, and Kim knows that’s not healthy. I’m afraid that it will eventually drive them apart, and I’m not looking forward to that day.