‘Ballers’ Tackles Issues of Racial Identity in its Latest Episode 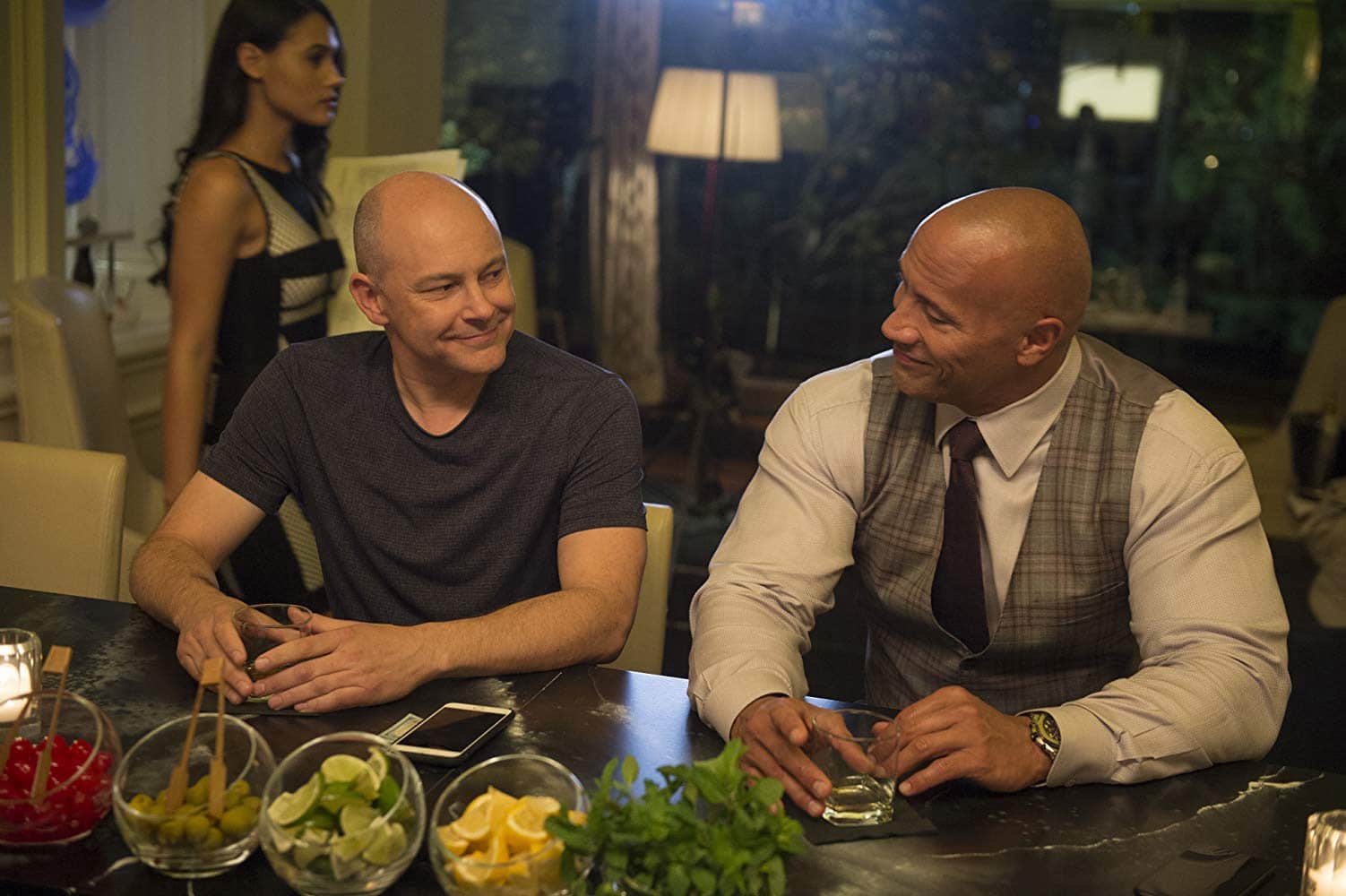 Most of us will never know what it’s like to be a professional athlete. Only a tiny fraction of the population are gifted with just the right combination of talent, opportunity, and drive that allow them to reach the top-level of their chosen sport. It’s why they command such high levels of both attention and income, and it’s why multi-billion dollar industries are built around the games they play. It’s also why corporations are so eager to have sports celebrities endorse their products.

But, at the end of the day, most athletes are just like the rest of us in at least one respect—they want to be remembered and admired for their exploits on the field rather than for simply belonging to a particular group or class. No one wants to be known as the best (insert adjective here) player, or lawyer, or chef. We all just want to be known as the best (or at least pretty good) at whatever we do. Period. With no extraneous qualifiers.

Or, as Parker Jones put it in tonight’s episode, “I just want to be…not a ‘black’ surfer, but the greatest surfer. Ever.”

(Before we go any further, I have to acknowledge the fact that I feel very unqualified to talk about issues of race or civil rights based on my particular life experiences. And if I say something that doesn’t sound right or that you disagree with, please feel free to call me on it in the comments section below. The last thing I want to do is to offend anyone.)

Parker is one of surfing’s brightest young stars, and he also just happens to be African-American. ASM and Sports X have managed to land a Coke sponsorship of the Huntington Beach Surf Classic based on his participation in the tournament. But Parker is threatening to skip the event based on the fact that Coke’s marketing firm has manipulated (“finished”) his image to make his skin appear darker than it actually is. It’s an obvious ploy to appeal to a particular segment of the market, and Parker’s not happy about it. And neither is Spencer. As a person of color himself, Spencer knows what it’s like to be labeled as a “black” athlete rather than just being accepted on his talents alone. And while ASM and Sports X really need Parker to compete to avoid financial liability, Spencer knows that what’s at stake here is more important than money. As I mentioned last week, Spencer is, despite his flaws, a good person at his core. And this hits too close to home for him to just keep quiet.

Lance Klians, on the other hand, is more than happy to just let Coke’s marketing executives do whatever they want regardless of its truthfulness or its effect on Parker. All he sees is the money to be made from the Coke deal and the potential losses if Parker doesn’t show up for the tournament. Klians has gone from being kind of quirky to downright awful in just two episodes, and although Russell Brand did get off a couple of funny lines, he really just came off as a greedy, one-dimensional villain this week. Here’s hoping the writers give him some better material in the weeks ahead.

Ultimately, Parker does compete, and he wins the Surf Classic. And as he accepts his first-place medal, he raises his fist to give the Black Power salute first seen from sprinters Tommie Smith and John Carlos at the 1968 Olympics. His message is clear: he’s not just a marketing tool that can be used to sell soft drinks or surfboards or anything else. He doesn’t belong to Coke or ASM or Lance Klians or anyone else. He’s his own person. And he’s the best damn surfer on the beach. Period.

In other news, Ricky’s accepted the fact that he may not be the best wide receiver anymore, but he still wants to play. And he might have an opportunity in his new home town with the L.A. Rams, who are, of course, now being run by his old friend, Charles Greane. The Rams need a receiver with Ricky’s skill set, and the price is right. There’s only one problem: Charles doesn’t want Ricky after the way Ricky bailed on their deal in Miami. However, after his staff convinces him that Ricky’s the right choice (and I’m sure the expensive watch Ricky sent Charles didn’t hurt), Charles agrees to give Ricky a shot with the Rams. There’s just one condition: Ricky would have to work out just like any other free agent. Of course, Ricky thinks this is beneath a player of his caliber and experience, and he refuses. But it’s obvious that these two are letting their hurt feelings get in the way of good business as well as a good friendship. It’s a pretty safe bet that Ricky will be wearing a Rams uniform before the season’s over.

The Perfect Destination for your Next Geek Vacation

Familiar Faces (And Places) on This Week’s ‘Better Call Saul’