Spencer and Joe Get Extreme as ‘Ballers’ Hits the West Coast 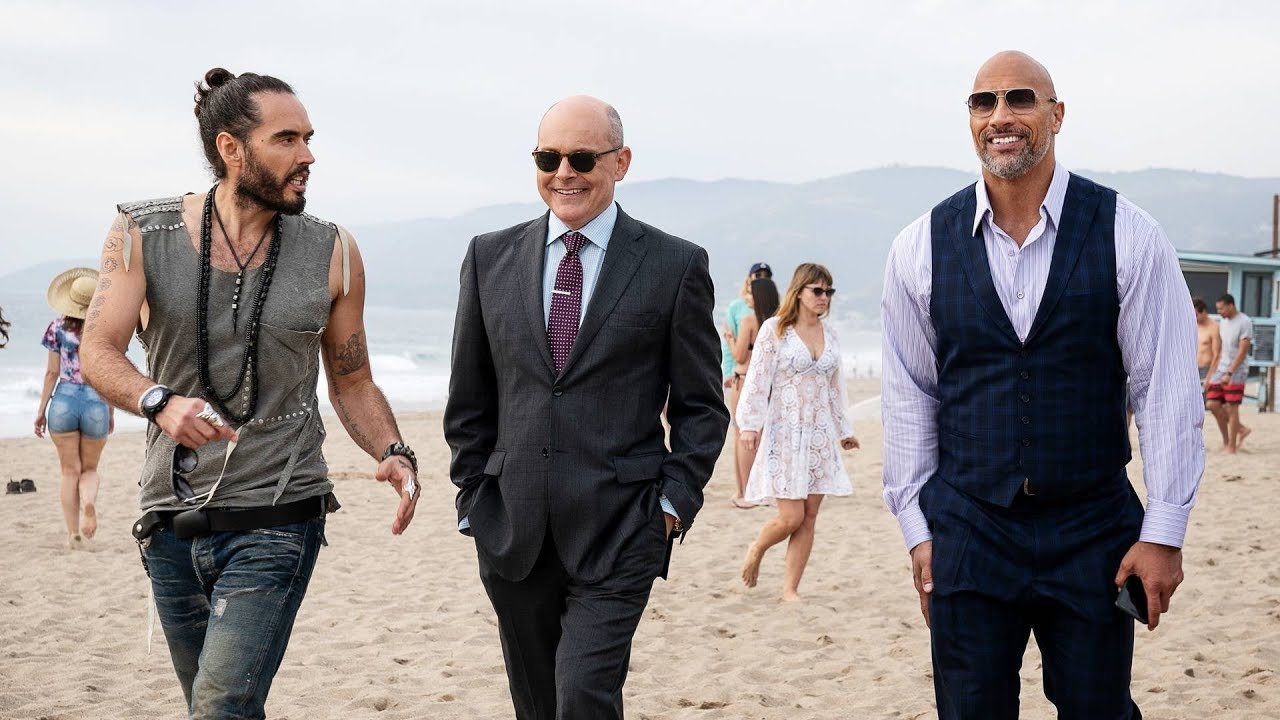 Season Four of Ballers kicks off (pardon the pun) with a game-changer (and that one) that’s going to rock (I promise—that’s the last one) Spencer Strasmore’s world.

After winning his battle with the NFL last season but ultimately losing the war, Spencer seemed ready to settle back into the core business of ASM—managing money for professional athletes. However, if there’s one thing we’ve learned about Spencer (and the others—more on that later), it’s that they’re always looking for a new challenge, on or off the field. After all, the competitive drive that got them to the top of their profession doesn’t just go away when they’re forced to hang up their cleats. Ballers is ultimately a story about what motivates a star player once he becomes a former player. And giving up the game just isn’t an option. But sometimes “the game” just takes a different form and moves to a new location.

Initially, the new location everyone’s heading to (Los Angeles) isn’t one Spencer’s too thrilled about. Joe has landed a meeting with Lance Klians, who is the head of an extreme sports marketing and management firm that’s in desperate need of financial help. Klians (played by Russell Brand) is a bit of an eccentric, and Spencer’s not excited about the idea of getting into business with a west coast guy and moving away from ASM’s core brand. The real issue, though, is that Spencer really doesn’t like being in Los Angeles. And it’s not because he’s lived on the east coast most of his life, or because he has an ex-lover or two in L.A. (which is Joe’s assumption).

The real reason is much darker, and it gives us yet another piece of the “what makes Spencer tick” puzzle. Spencer’s older brother, William, committed suicide while playing football at the University of Southern California. Spencer was playing for the University of Miami at the time, so they must have been close to the same age. We know from previous seasons that Spencer was adopted by the Strasmores, so William was probably not his biological brother, but they were probably close just the same. William’s death must have had a profound impact on Spencer, and I hope the writers dig deeper into this relationship over the course of the season so we can understand how this tragedy has affected Spencer’s other relationships in the years since.

Ultimately, Spencer decides to at least stay in California, long enough to close the deal with Klians. It would have been very easy to just go back to Miami and the status quo at ASM. The signing of Jacksonville Jaguars defensive end Calais Campbell showed that they could easily go back to focusing on athletes from non-extreme sports and make a very good living. But Spencer ultimately decides to stay out west for two reasons. First, he knows that, deep down, he needs to deal with his brother’s suicide. But, more importantly, Joe needs this deal. And, despite his many flaws, Spencer is, at his core, a good person and a good friend. He showed it when he walked away from the Las Vegas deal last season, and he shows it again here.

Ricky Jerret is also moving to Southern California as he embraces both retirement and fatherhood. He’s hung up his pads to be a dad, and he’s house hunting in Newport Beach with Amber and baby Serene. Oh, and TTD, who’s not happy at all about Ricky’s retirement. Amber and TTD fighting for Ricky’s attention is hysterical, and I don’t see them surviving under the same roof for very long.

Of course, it may not matter since, unbeknownst to Amber, Ricky isn’t as happy about being retired as he says he is. He’s got Jason making inquiries about a possible comeback, but the only team interested so far is Cleveland. So which is worse in Ricky’s mind: spending the season in a cold-weather city playing for a team that didn’t win a single game in 2017, or living with Amber? That’s probably a toss-up.

Charles is heading to L.A. as the new general manager of the Rams. Charles was apparently a hard-nosed player on the field, and he showed flashes of killer instinct as Mr. Siefert’s assistant in Miami. But, deep down, Charles is a very likable guy who just wants to be liked in return.

But now, Charles is the boss, and he’s going to have to be the one to make the hard choices—even if it means being disliked. The entire front office organization is afraid of losing their jobs, and Charles just wants to assure them that all their jobs are safe (and everybody gets cookies!). But we all know that he’s going to go back on the very public promise he just made and let some people go before it’s over, and that won’t be easy. But, if he wants to stay in the big chair, he’ll have to find that killer instinct once again.

No word yet on how Vernon and Fat Reggie are doing—we saw them in the beginning at Ricky and Charles’ going-away party, but that was it. Hopefully they’re staying out of trouble as Vernon prepares for another “snack” filled season in Dallas.

Why Jurassic Park Rules at More Than Just the Box Office