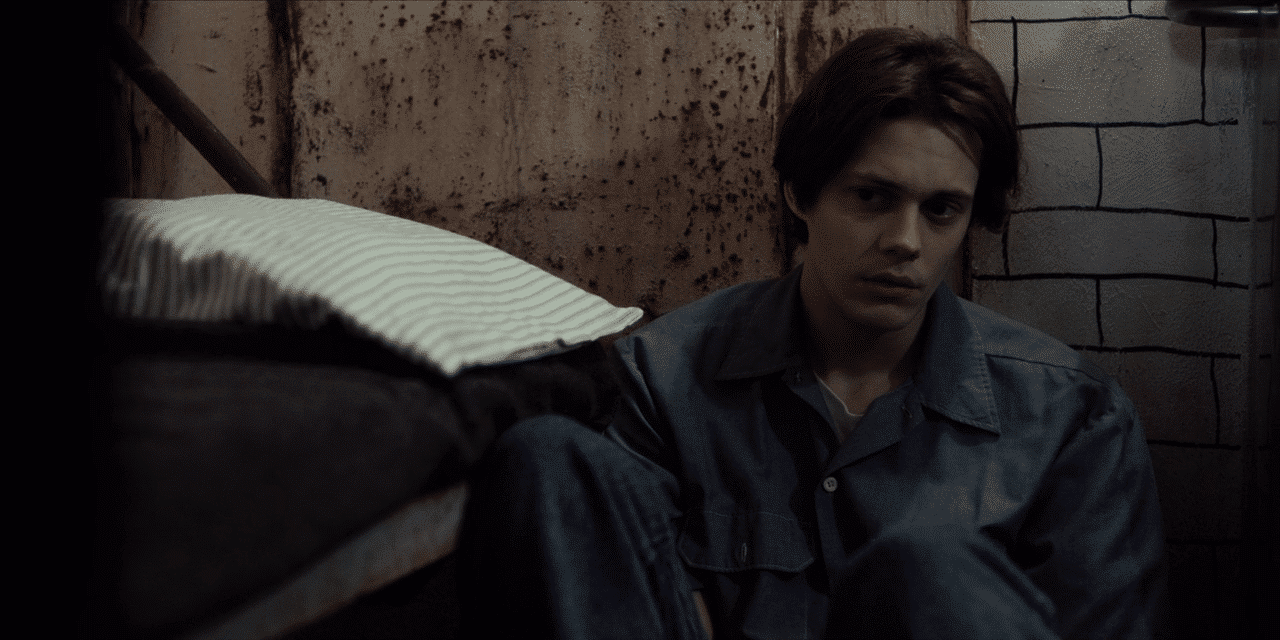 Episodes 1 through 3 were just the start of the mysteries that live within the hearts, heads, and houses of Castle Rock. The townspeople have witnessed the terrors that have plagued the town for decades. In Season 2, Episode 4: “The Box,” we have the culmination of various factors that all lead to one explosive ending.

What Happened to Henry Deaver?

There is not much Henry Deaver can remember about the winter he went missing in 1991. What he can recall is what happened before and the aftermath of when he was found. He knows his father died at home from his injuries, and he knows that he is seeing things. One might even venture so far as to call them memories. A box. A cage-like box, in a basement, locked. A toy, a dirt floor. And a shadow.

What they are, what they mean and if they are related at all to his disappearance is unclear. Henry suspects as much and is determined to find some answers the only way he knows how: ask his mother. This line of conduct proves futile when his mother refuses to discuss the details pertaining to the event. The mystery has yet to unravel and is only collecting more and more webs of mystery.

Moving on or Looking Back?

Warden Lacey’s house is on the market. It is all Molly can do to try to sell it to the prospective homeowners when they find the cremains of the dear departed Warden in the freezer. While Molly tackles trying to put the past where it belongs, Henry is determined to bring the past into the present.

Henry searches the newspaper archives and stumbles upon an article relating to his case. Something about a Mr. DesJardins? He goes to investigate the property and what he finds is equally appalling and appealing. A decrepit house in the woods with a piano in the kitchen (not intentionally), an open door, a locked dog shed with an incredibly stale bowl of cereal. A barber who looks like he hasn’t been in business since the sixties and is a hoarder. His demeanor is neither particularly friendly nor entirely off-putting. In fact, he is quite excited to discover Henry’s identity and take him upstairs before handing him a copy of the police file from his disappearance.

Henry obtains the signature of Alan Pangborn in order to relocate his father’s grave to the church. The Pastor is currently housed in a discreet and offsite cemetery when Henry marks the grave with a caution orange X. Pastor Deaver is dug up and carted off back to the church. What should be a contented moment appears otherwise for Ruth Deaver. While walking past the church she notices the delivery of the Pastor and her look is one of reluctance, almost fear.

Molly may have tried to escape the past, but her past haunts her. The more Henry seeks answers the harder it is for Molly to move on. The digging up of Pastor Deaver has also dug up the truth behind his death. Or shall we say the truth behind his murder. Molly is the one who pulled out his breathing tube. Henry has thought for years that it was his fault. Molly reassures him it is not, but that falls to the wayside when Alan Pangborn tells him Pastor Deaver said otherwise claiming “Henry did it.”

The new Warden’s sidekick enters The Kid’s cell and tells him a tale of a man without a name. They fed the man his own teeth in order to get him to reveal his name. It worked.

This tale was intended to be a scare tactic for The Kid, and he did not seem to be very afraid. As a matter of fact, he takes a menacing approach quoting Revelation 19:12 and using his presence to push back the sidekick. He proceeds to close the bars on his cell. Does he do that because it is safer for him or safer for others?

“HE HAS A NAME WRITTEN ON HIM WHICH NO ONE KNOWS EXCEPT HIMSELF. HE’S CLOTHED IN A ROBE DIPPED IN BLOOD, AND HIS NAME IS CALLED THE WORD OF GOD.”

This is but one in a long line of terrible occurrences at Shawshank Prison. For decades the prison has turned a blind eye to the conditions and the treatment of its prisoners. Guards will use their power and influence to do as they please at Shawshank with no repercussions. Zalewski has finally seen the truth of what happens within the walls of the prison. The discovery of The Kid and the cover up that follows lift the veil on Shawshank. It is a terrible, vile, putrid place. And he wants everyone to know: “Bad shit happens here because bad people know they’re safe here.” He no longer fears for his family and his job, he will stand on the side of justice in a court of law.

Fed up with the corrupt system at Shawshank, Zalewski reassures The Kid that he will be getting out soon, he will see to it. He offers his hand to The Kid through the bars and tells him to “fist bump.” Right when they bump something appears to pass between the two. After doing so Zalewski begins to act strange. He is fed up with trying to be happy in a place so close to hell and he draws happy faces all over the CCTV screens in almost an ironic mockery. Henry calls Zalewski and tells him the court hearing is off. Henry is leaving Castle Rock without challenging Shawshank, and it is best to just move on. Something appears to come over Zalewski.

What may appear to the outside as just another day as a CO turns into a massacre. Zalewski takes the weapon from the CCTV room and goes after the other CO’s, systematically shooting all he passes till he reaches the Warden’s office. He appears to come to before announcing to Deaver, who cowers in fear, that he would like to testify. The episode ends with Zalewski bleeding out after being shot by SWAT.

Check back for more on Castle Rock. Here is a sneak peek at Episode 5: