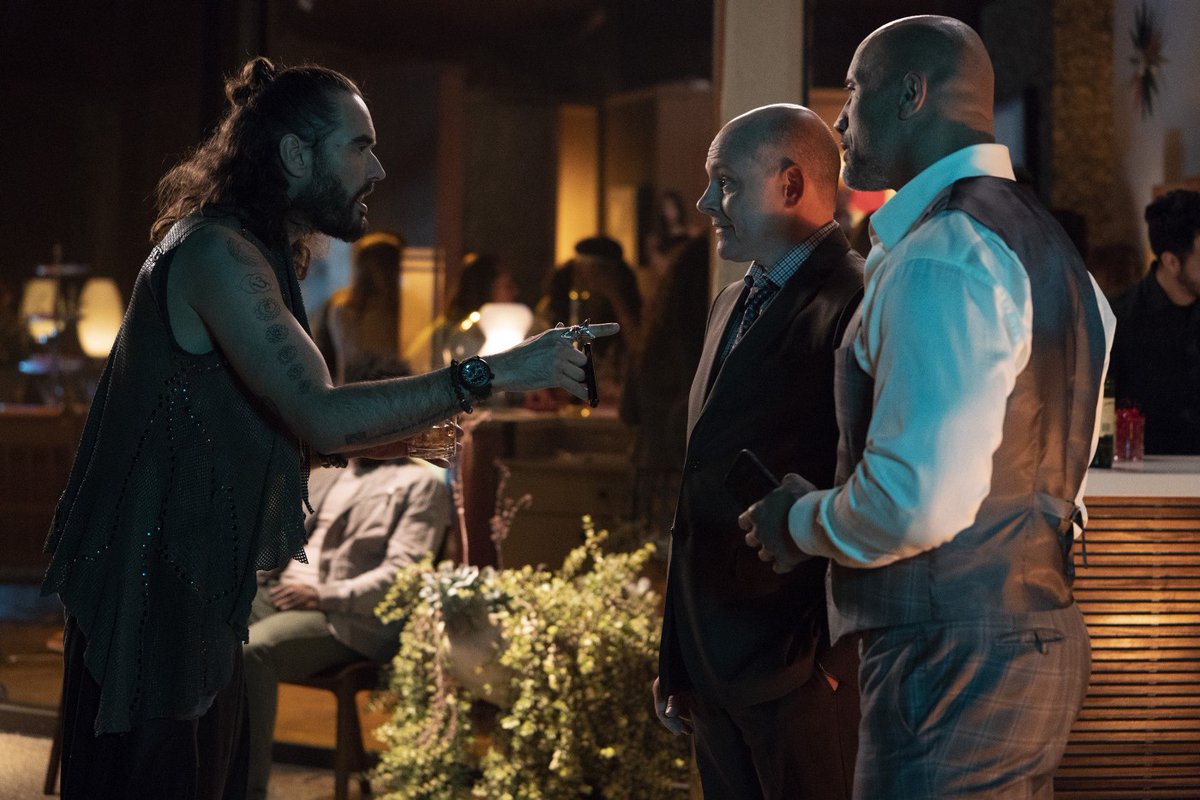 We don’t get a full sense of the fallout after the controversial ending to last week’s surfing tournament, but it’s obvious that, despite his words to the contrary, Lance Klians isn’t happy about the way things went down. We don’t know if Cola-Cola backed out of its multi-million dollar sponsorship deal, but, regardless, Lance is spending at least a million of those dollars on a single skateboarding video, and Spencer and Joe are none too happy about it. But it’s not really about the money (although, in a larger sense, it’s always about the money). Lance is wasting as much of ASM’s money as possible because he wants to show Joe and Spencer that he can’t be told what to do. While he was happy for them to bail out Sports X when it was going under, he’d rather they just be silent investors and let him do what he wants. But Spencer and Joe just aren’t wired that way, and so now we have a battle of wills that ends (at least for now) with Lance getting fired from the company he started.

Lance is a frustrating character on multiple levels, both in-universe and in the way he’s being written. Within the show, Lance is the kind of person I personally find incredibly annoying—someone who loudly claims to have his shit together (to the point of trying to tell everyone else how to solve their problems) but who obviously has no clue how to deal with life in a positive way. Lance acts as though he’s on some higher spiritual plane, far above the rest of us and our petty problems. But he’s just as screwed up as everyone else, to the point that he passive-aggressively spends a shitload of money just to say “fuck you” to the people who saved his company and could actually help him keep it on a firm financial footing. If he were really as enlightened as he claims to be, he’d be more than willing to work with Spencer and Joe, who would most likely let him keep creative control as long as he stayed within a reasonable budget. But that’s apparently too much to ask.

What’s even more frustrating is that, if he could see past his own hurt feelings for one second, Lance just might be in a position to help Spencer deal with his brother’s suicide. Now that he’s in Los Angeles, Spencer’s finally being forced to deal with own feelings about his brother’s death, and it’s an obvious emotional struggle. And given Spencer’s track record with painkillers, alcohol, and less-than-meaningful sex as ways to ignore his emotions, he could really use some guidance. If Lance were half the well-rounded individual he wants people to think he is, he’d be a great resource for Spencer. But he’s more concerned with nursing his own bruised ego than with reaching out to help anyone else.

However, even with all of that, it feels like something’s missing. Despite the best efforts of Russell Brand, the character just feels one-dimensional. He’s a bad guy who, despite being a little quirky, exists in the Ballers universe just to metaphorically step on Spencer’s toes (while Spencer literally steps on his). I’m not asking for a ton of backstory (although a little more would be nice), but hopefully the writers will add a little more depth in the coming weeks and make Lance a but more than the caricature he is now.

Ricky’s another person whose words and actions aren’t always in sync these days. He’s been telling Amber how happy he is to be a retired player and father, but this week he works out for Charles Greane and the Rams behind her back. The lies start to unravel as Amber finds out about his NFL comeback plans, but it may not matter anyway. Due to age, rust, medication, or some combination of all three, Ricky’s lost a step or two, and his hands aren’t quite as sure as they used to be. Ricky may have to accept retirement and full-time fatherhood whether he wants to or not.

In other news, Vernon and Reggie go back to their old high school in Compton for Vernon’s jersey retirement. Reggie suspects ulterior motives from the start, and, sure enough, their principal makes it clear that the honor, while deserved, is really just a very transparent ploy to get Vernon to donate money to the school. Granted, between the asbestos, lead paint, and rickety desks, the school is in desperate need of funds. But why couldn’t Principal Hagerty have simply asked Vernon for the money rather than trying to manipulate him into donating? The plan obviously worked—Vernon pledged $1 million to the school. I just hope the money’s put to good use.