Last month’s movie preview was full of titles that are still expanding to theaters, but for the most part January is more straight forward. January movies are notoriously weak. Any big blockbusters were released for the holidays and the more artistic fare was rushed to premiere before the December 31st award show deadline. With that being said, there are a few movies that I am looking forward to. But there doesn’t seem to be anything taking place in Middle Earth. If you ask me, every month should have a release like that. 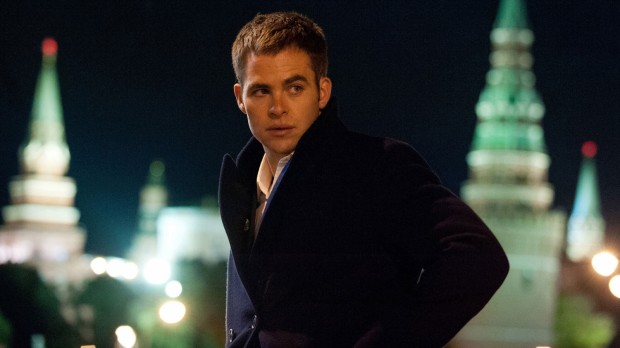 People love their horror movies, so I expect this to open 2014 on a high note. The trailers and synopsis promise connections to the other Paranormal films. Plus there is all kinds of scary stuff. Have you seen the guy pull the hair out of his eye!? But where was this in the noticeably unscary October release schedule? We’ll see how much pull the creepy franchise has.

January 10th- The Legend of Hercules, Her

So Kellan Lutz, who played Emmett in Twilight, is Hercules in The Legend of Hercules. Okay then. As the first of two movies about the son of Zeus in 2014, the other stars Dwayne “The Rock” Johnson and comes out in July; it was smart to come out early in the year. But Lutz will have to pull something out of his hat to be remembered in the role after Johnson, the box office heavyweight, gets his hands on the character.

Expanding nationwide, “Her” stars Joaquin Phoenix as a man who develops a relationship with the female voice of an operating system. This is a cautionary tale for all those out there who have told Siri that they love her. But in actuality this film has been incredibly well received and is in the best picture discussions. This is the chance for the rest of us to see if it lives up to the hype.

We have three actors who used to play Jack Ryan. But Alec Baldwin is busy getting in trouble for spouting slurs at paparazzi, Harrison Ford may (hopefully) be going back to a galaxy far, far away and Ben Affleck is Batman. So we get a younger, fresher version of Jack Ryan, Tom Clancy’s famous character, in Jack Ryan: Shadow Recruit. Chris Pine of Star Trek fame will play the lead in front of a strong cast including Kevin Costner, Kiera Knightley and the film’s director Kenneth Branagh. Branagh did great with Thor so I have high hopes for this.

“The Nut Job” is a strange looking animated comedy about a squirrel and a bunch of other animals attempting to steal nuts from a nut store in order to survive the winter. Some big names like Will Arnett, Liam Neeson and Katherine Heigl provide the voices, but this is a January movie, so don’t expect it to have the quality of Pixar or Dreamworks.

We get some more horror with Devil’s Due. A young couple find out they are pregnant, but then weird things begin to happen. It would seem she’s going to have the anti-christ. Oops.

In Ride Along, Kevin Hart goes on a police ride along with Ice Cube, his brother-in-law, in order to prove he is a worthy guy. Hart has become a popular commodity in both stand-up comedy and film, so his fans will be looking forward to this one.

Two Face himself, Aaron Eckhart, plays a hoodie wearing version of Frankenstein in I, Frankenstein. Advertised as “from the producers of Underworld,” it basically looks like the vampire franchise, but with Frankenstein fighting demons and such. Underworld alum Bill Nighy also stars in the film. It seems like it will be worth seeing. Is it worth paying an IMAX surcharge? I would say probably not.

Labor Day stars Kate Winslet as a single mother who helps an injured man on the side of the road, played by Josh Brolin. But guess what. He’s the escaped convict everyone is looking for. Well that sure complicates things. Tobey Maguire is also listed on the cast sheet.

Rounding out the month is the romantic comedy That Awkward Moment. With three highly regarded young actors in the lead roles (Zac Efron, Michael B. Jordan and Miles Teller) it will be interesting to see how they do in a fairly quiet January movie that we haven’t heard too much about yet.

So that’s what we have in terms of January movies. It’s definitely not a great month, but we’ve seen worse. Jack Ryan: Shadow Recruit looks promising and I, Frankenstein could be anywhere from epic to terrible, so those are my picks. What are you looking forward to?

Tamagotchi Pets Back for 2014, Bandai Announces

Spite the Netflix Clearance with Movie-Inspired Frolics in 2014