Spite the Netflix Clearance with Movie-Inspired Frolics in 2014 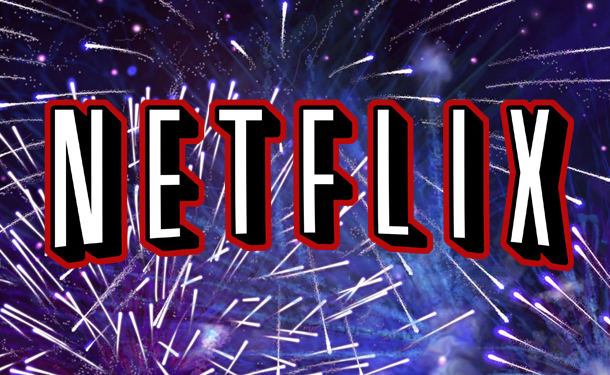 I’m hardly a Netflix expert, having only ever used it to watch the revived Arrested Development, but I’ve heard that some people use it to watch all kinds of things and I’d like to address said people. Pay attention, you shivering media junkies; there’s a big heap of content about to expire as I write this, and while it’s all available elsewhere, you probably don’t care enough to look. If you’re sad about missing out on your Netflix fix (Netfix?) as we race ahead into 2014, and, I assume, robot butlers (don’t tell me that’s not likely to happen, I don’t try to crush your dreams), why not live it instead? Doesn’t that sound like a delightfully hilarious notion? I think it does! Disclaimer: I accept no responsibility for the consequences of your actions. Additional note: don’t actually do these things.

“But I don’t understand, Alistair!” you cry, your booze-addled brain struggling to function in the wake of an indulgent Christmas period. “Your vocabulary is so sophisticated and impressive!” I know, I know, but it’s not that complicated, you just need to focus. No-one wants to veer violently from genre to genre, sad to happy, smart to stupid. If you’re going to engage in some real-world shenanigans inspired by selections from an abandoned grab-bag of old movies, you might as well shoot for thematic consistency. Now, you might think that the fact that I’m going entirely by titles is set to scupper my efforts, but it’s not like you’ve seen many of these movies, or will watch any of them in the near future. You won’t be watching them on Netflix, at least.

Exciting Scenario: The New Year is often ushered in by firing things into the sky and having them fizz and burst so as to cast lots of sparkly things into the night air. Why not carry on in that vein with some munitions and some presumably bloody death fests? Here’s the plan, Desperado: get In Like Flint, use the flint provided for comparison to make yourself a Dynamite Warrior, then send things Up In Smoke. Hell, recruit a Platoon if you feel so inclined, just make sure you dispose of all The Skulls once your murderous rampage has ceased or you may end up Running Scared from the law.

Exciting Scenario: I can only guess at the kind of tonal whiplash you’d get from actually watching these movies in this order, but they’re inaccessible now, so you get to interpret things however you like. Consider visiting The Best Little Whorehouse In Texas, announcing I’m Gonna Get You Sucka, getting Inside Deep Throat, experiencing Best of Times, and finishing up with Seed of Chucky. If, like me, you already want to forget the whole idea, some Eternal Sunshine of the Spotless Mind courtesy of short-term amnesia should serve as a nice palate cleanser; you can even play a quality Beck-provided song while you sleep off the debauchery, reminding you to do better next time.

The Adventurer’s Jaunt Through Time and Space

Exciting Scenario: New Year’s resolutions often see people deciding to travel more and see the world, but there’s no need to stop there. Travel back in time and visit a 1492 Conquest Of Paradise, or just conquer paradise yourself if you can’t find one. Visit the Man On The Moon, meet up with Killer Klowns From Outer Space, go to The Russia House or grab some drinks Once Upon A Time In Mexico. Appear on the Titanic and throw marshmallows at anyone resembling Leonardo DiCaprio.

Breaking news: there are lots of other things available on Netflix! Hooray! Watch those, forget these, maybe listen to some Kenny Loggins if you really miss Top Gun that much. Everything will be fine, you’ll see. To stress an earlier point, definitely do not do these things. That is, of course, unless you really do have a functional time machine, in which case do all these things and take me with you. I want to go to Victorian England and offend people by walking around barefoot. Take that, you strange limb-fearing prudes!

As for everyone here in the modern day, let’s look forward to a splendid 2014 packed with all the TV shows and movies our weak and spongy minds can handle. Happy New Year!