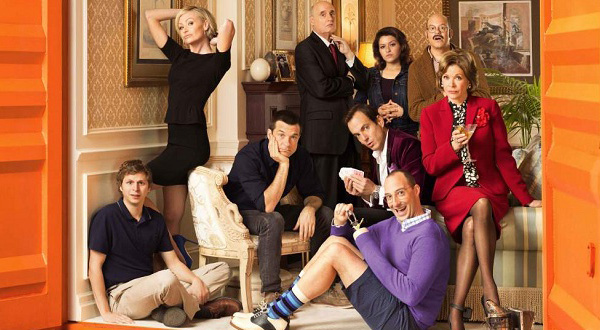 It seems the phrase of the year so far in entertainment circles is “binge-watching.” It has gained some traction since Netflix released the whole first season of their original drama series “House of Cards” all at once. The show starring Kevin Spacey is a big hit, but the real question is how did everyone watch the show? Did you watch an episode per week like a standard cable show or in one sweatpants wearing buffet-line of television? Most people who watched probably sit somewhere in the middle of those two scenarios, but the term binge-watching entered the vernacular nonetheless.

Binge-Watching Isn’t New For Us

To the casual TV fan, this may be a new development. It’s definitely not for geeks. Whether it’s watching the 14 episodes of Joss Whedon’s space-western “Firefly” or wading through the decades of “Dr. Who,” this is standard practice for the sci-fi and fantasy inclined. It seems though that it will be more common with new shows as we move on.

Netflix isn’t new, but the on-demand video service is new in presenting exclusive content and original programming. “House of Cards” was the first high profile release, but expect the company’s status to change when “Arrested Development” hits the service at the end of the month. The Jason Bateman led comedy has been off the air since 2006, but because of a large cult following, a new season was filmed for Netflix. The cast has become collectively more famous since its cancellation with Bateman, Michael Cera and Will Arnett now big comedy players. Is there any way that fans who have waited seven years for new episodes will be patient when burning through the new season? No way. They shall be binging. When the viewing numbers come in for “Arrested Development” I believe Studios will begin to view Netflix as a real alternative to cable networks.

Across the web, Netflix has a competitor in the form of Amazon Studios. Sure enough this is the Amazon of amazon.com fame. They have a whole run of shows set to take a piece of the pie. Most notably there is a television version of the 2009 hit film “Zombieland.” The series has no Emma Stone or Woody Harrelson. In fact, none of the lead actors are back and the characters have been recast. But this is Amazon’s catalyst just like “House of Cards was for the company formerly known for their red envelopes.

With these new developments, I wonder how traditional networks will respond. Could we see a future where a season of a show plays out with a new episode every night for two weeks? I don’t know how advertisers would feel about that. Imagine 10 straight nights of “Game of Thrones?” The wait between seasons already feels like an eternity. That would make it even crazier.

But it would also signify the end of the “water cooler moment.” They’re more like Facebook status update moments in 2013. If “The Walking Dead” was released all at once, everyone would be dealing with different huge moments all at once. Who dies? What happened? There would be no controlling the spoilers. I don’t know if I want to be a fan in a world like this. Look what you’ve done Netflix. You’ve turned television into a physics exam. If we don’t stay up all night watching, we may fail the next day. I’m just going to watch “Smallville” on DVD. It’s from a simpler time.