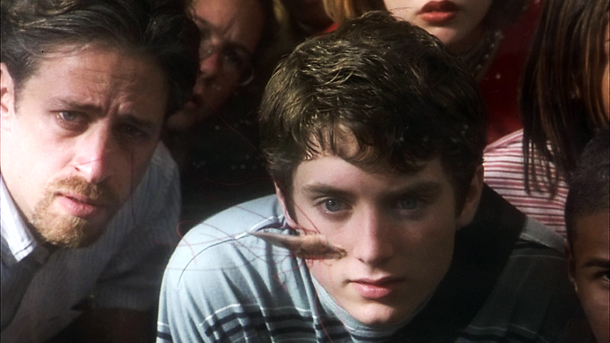 Netflix is the ultimate way to catch up on all of your Geekery! For anyone who has been resisting getting Netflix (why are you here?), I should point out that you don’t need to watch on your computer. You can use a mobile device and on your TV with a game console or a streaming player like Roku which plugs right in to your TV. If you are looking for some dorky movies or a good show to rewatch, check out this list of fantastic movies and TV shows! 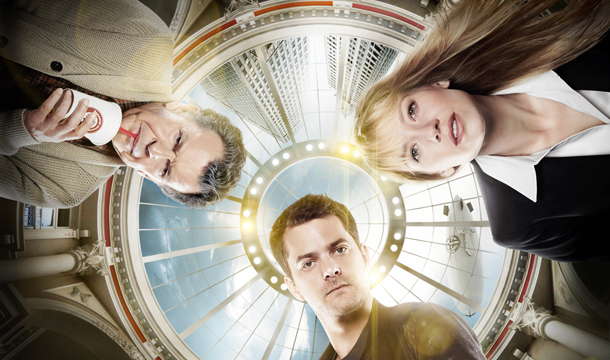 The X-Files, especially early seasons, really hold up. There is a little weird hair/90s fashion going on, but for the most part, it’s just good creepy investigating. The show was inspired by the Twilight Zone, Kolchak, and Hitchcock. If you were not aware, The X-Files is a show about two FBI agents investigating paranormal activity across America.  The series twists and turns as they attempt to solve one unexplained case after another.  Mulder is the conspiracy theorist who believes in, well, everything. Scully is the logic-based doctor who is skeptical of everything. Hijinks ensue. If you are a Breaking Bad fan, this is the show where Vince Gilligan cut his teeth and many of your favourite character actors got their start.

Battlestar Galactica is so addictive that you’ll have to be very careful if you’re watching for the first time. It’s enticing to stay awake and blast through the whole series run in a week, but you will ruin your life. I know it’s difficult, but limit yourself. You’ll see tons of folks from the X-Files on Battlestar too! (According to IMDB, they share 73 actors and crew!)

If you like X-Files or even its modern day homage, Supernatural, then you will probably love Fringe. Again, we follow FBI agents investigating weird phenomenon, but this time it’s an entire team that includes a mad scientist, Joshua Jackson, and a cow. I would also venture to say that Fringe is more gory and disgusting than X-Files ever was, mainly due to advances in special effects. It was created by J.J. Abrams and it seems like he took all the mistakes from Lost and learned from them. Mysteries get pay-offs, actors get used to the fullest of their abilities, there are acid trips, evil twins, alternate universes, and addictive lore. Have I mentioned that this is an awesome geek show?

If Big Bang Theory isn’t geeky or awkward enough for you, give IT Crowd a chance. Unlike Big Bang Theory, which is a show about nerds, IT Crowd seems to be a show for nerds. There is way less silly relationship stuff, less random celebrity cameos, and more darkness and awkwardness. The show follows the IT department of a large corporation and their weird geeky lives. At one point there is an “underground, unlicensed, street Countdown battle.”

If you are looking for pure, unadulterated escapism, look no further. Adventure Time is a cartoon about a boy and his magical dog who live in a bizarre magical world. They go on adventures (as the title would suggest) doing heroic deeds for the citizens of Ooo, a post-apocalyptic world. Much of the show is inspired by Dungeons & Dragons and after watching a few episodes, you may be compelled to call the group back together!

This spoof of the classic monster movie is so watchable and, at times, almost genuine, that you may forget you are watching a spoof. Mel Brooks captures the classic monster movie genre perfectly and the jokes are timeless enough that you can watch this with your younger friends. The writing is tight, the acting is impeccable, and there are tons of awesome Gene Wilder monologues (and a musical number).

This flick is like if the Breakfast Club had to deal with yeerks. It’s directed by Robert Rodriguez so there is a lot of silly violence. The rag tag group must avoid the infested populace, find the cure, kill the alien queen, and break social stereotypes.

Monsters is a British sci-fi film about an American photojournalist who must escort his boss’s daughter through Mexico to the United States. The catch is that a NASA probe that crashed in Mexico has brought alien lifeforms which have spread out throughout Northern Mexico and are wreaking tentacle-y havoc.

Dr. Horrible is technically a mini-series, but since its running time is still about 45 minutes, I’m not going to put it in the TV section. Dr. Horrible’s Sing-A-Long-Blog is a musical tragedy/comedy that was produced by Joss, Zack, and Jed Whedon during the writer’s strike of 2008. It’s about a love triangle between an aspiring super-villain (played by Neil Patrick Harris), a corny superhero, and a beautiful girl named Penny.

Moon is about a solitary miner finishing up a three-year contract on the dark side of the moon. After an accident, he discovers an identical version of himself, injured and unconscious. I don’t want to give away anymore than the trailer, but it’s safe to say three years on the moon with only a Kevin Spacey-bot for company is sure to cause some cabin fever.

Geek Dates That Will Impress the Geek of Your Dreams