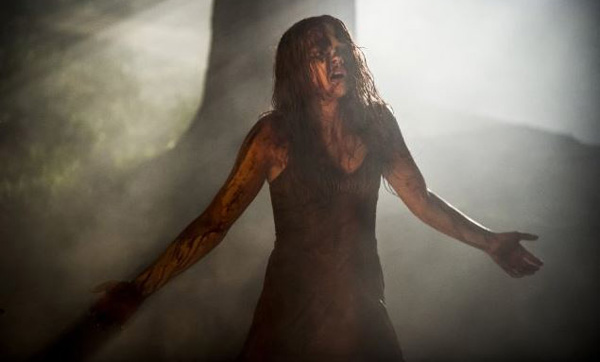 Halloween is fast approaching, as the orange filling in my Oreos seems to indicate. At the movies however, Halloween’s favorite genres are missing in action. In terms of horror movies, the usual suspects like “Saw” and “Paranormal Activity” aren’t happening. The “Saw” franchise ended and “Paranormal Activity” will return next October with number five. Also a spinoff is scheduled for January. “Insidious: Chapter 2” came out last month and other than one remake, which we’ll get to in a minute, we have no slasher or paranormal movies coming out. Even the scary-themed family movies are absent. Last year, “ParaNorman,” “Hotel Transylvania,” and “Frankenweenie” all provided some kid-friendly spookiness to the movie theaters. This year, there is none. Here is what we have to look forward to in October.

“Harry Potter and the Prisoner of Azkaban” director, Alfonso Cuaron helms the space drama “Gravity.” The film stars Sandra Bullock and George Clooney as astronauts trying to survive after a malfunction. While Cuaron has re-teamed with Potter producer David Heyman on the project, the real hype has built around the claustrophobic trailers and the Oscar worthy performances of Bullock and Clooney.

“Runner,Runner” has Justin Timberlake playing an online gambler who goes to confront the site’s corrupt owner (Ben Affleck) after he is cheated. But then things get complicated as the two begin working together. Trailers have Affleck playing a less grounded role than he has in recent years, with big one liners and dramatic exchanges. So that should be fun.

Tom Hanks plays the title character in “Captain Phillips,” which recounts the true events of a group of Somali pirates attacking an American freighter. Bullock, Clooney, Affleck and Hanks all listed in subsequent starring roles means we must be in Oscar season. Hanks’ performance promises high drama in a movie that unexpectedly looks into the motivations of the pirates as well as the desperation of the crew members.

“Machete Kills” isn’t winning any Oscars, but it may be one of the bloodiest movies of the year. Danny Trejo returns in the Robert Rodriguez sequel. A number of his usual actors will star in the film plus some unexpected newcomers. How about Lady Gaga? Also, how about a movie in 2013 with Charlie Sheen and Mel Gibson both in it? I dare say some of these characters will meet extremely bloody ends.

If you want horror, the 18th provides your only chance in the theater. “Carrie” is a remake of the 1976 screamer based on Stephen King’s novel of the same name. Chloe Moretz of “Kick Ass” fame plays Carrie. The story has the title character realizing she has telekinetic powers that become active when she gets angry. Her abusive mother (Julianne Moore) and bullying classmates may learn that the hard way.

“Escape Plan” tests the aging drawing power of Sylvester Stallone and Arnold Schwarzenegger. Stallone plays a structural engineer, wrongly imprisoned for a crime he didn’t commit. Luckily he designed the prison he gets put in. So he and his cellmate (Schwarzenegger) attempt to escape. How luckily is that? I’m fine with that farfetched plot. I’m just anxious to see Stallone try and convince the audience he’s an engineer.

I’ve been going through Benedict Cumberbatch withdrawal lately, so I’m glad he’s back in “The Fifth Estate.” Based on the events surrounding WikiLeaks, Cumberbatch plays Julian Assange alongside “Rush” lead Daniel Bruhl. The trailers promise suspense and even chase scenes, which makes it seem better than the sitting at a computer exchanging emails the movie could have been. Interestingly enough, WikiLeaks has leaked the film’s script and already disputed it’s authenticity. But we’ll see with the final product.

Here’s a strong cast if I’ve ever seen one. “The Counselor,” directed by Ridley Scott and written by Cormac McCarthy stars Michael Fassbender, Penelope Cruz, Brad Pitt, Javier Bardem and Cameron Diaz among others. Fassbender plays a lawyer exposed to some shady individuals when he gets involved in drug trafficking. This is worth a look for the cast alone.

You may not have realized you were interested in this, but a movie based on Johnny Knoxville’s inept old man character from “Jackass” has been given its own movie, “Jackass Presents: Bad Grandpa.” Written scenes will play out in between pranks fitting of the franchise in a “Borat” like format. It’s unlikely this will draw the interest a typical “Jackass” movie would, but it will keep the sketch series fresh in our minds a bit longer.

There you have it, the month of October. Like I told you, not much horror and Halloween appropriate stuff going on, but there are some good looking October movies in there. Which releases are you looking forward to?