Why We Shouldn’t Be Surprised When Horror Movies Do Well 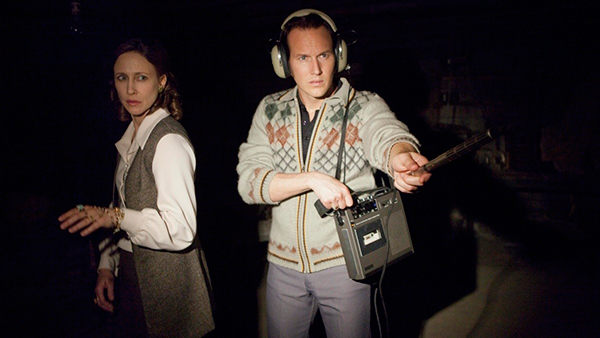 Horror is one of the most polarizing genres in the movie business. The films alienate large groups of moviegoers right off the bat. Children sure aren’t going to watch and many people just don’t like being scared. Yet, that doesn’t mean that horror movies perform poorly. Sure, there are flops, but this is 2013 and a lot of movies flop. But this week’s big performance by “The Conjuring” is just one example of how low-budget horror has become a huge moneymaker for studios. According to Box Office Mojo, the film made just shy of $42 million in its opening weekend. The total was enough for first place ahead of a bunch of animated heavyweights and huge action films.

Every time a low-budget horror movie earns the top spot at the box office, media outlets proclaim it as a David vs. Goliath upset. Okay, to a certain extent it’s usually true. This week, “The Conjuring” massively outperformed “RIPD,” which starred Jeff Bridges and Ryan Reynolds. But had it opened a week later against “The Wolverine,” the headlines would be very different. The horror genre is alive and well, but it’s definitely not at the top of the heap.

In terms of profitability, nothing compares to horror. “The Conjuring” doubled its production budget of $20 million in one weekend. The 2011 screamer “Insidious,” which happens to share a director (James Wan) and lead actor (Patrick Wilson) with “The Conjuring,” turned huge profits. Costing $1.5 million, it earned over $97 million worldwide. Or if you want to go back a bit further, “The Blair Witch Project” cost $600,000 and made just under $250 million in 1999. Sure “Iron Man 3” dwarfed that this year by topping the $1 billion mark, but with a budget of $200 million, the risk is bigger. The guys writing the checks don’t like risk so much.

Part of the reason horror films do well is because there aren’t too many of them. Even at an estimated rate of one per month, the market is drastically less saturated than other genres. For example, action movies are a dime a dozen and viewers have to pick and choose which ones are worth seeing. Original concepts get overlooked when established franchises take all the ticket sales. Horror movies are less frequent allowing titles like “Mama” and “The Purge” to excel and outclass more common top performers.

But grouping horror as one genre overlooks the constantly evolving focus of such films. Many of the current releases are based around supernatural enemies. “The Conjuring” and “Mama” are joined by February’s “Dark Skies” in this category. This trend can be traced to when the first “Paranormal Activity” took the country by storm in 2009. Costing $15,000 and bringing in $193 million, studios took note. That’s why the sequels keep coming. Before that, “Saw” ruled the market where torture horror was the norm. Hangers on like “The Human Centipede” have made sure we don’t forget that sub-genre, and makes sure we don’t sleep at night.

So why do writers keep posting headlines about the not so surprising success of horror movies? One big reason is probably because they have to write something. The originality isn’t so important. The only other reason I can think of is because they have short memories. So every month or two we hear that a horror film surprised at the box office. Well guess what, I’m not that surprised.