Games on TV: Things that exist, things that don’t, and things you wish did

In the last edition of this, we saw how Dungeons and Dragons was co-opted (sometimes incredibly forcefully) into the machinations of light entertainment that is the sitcom. But while D&D remains a narrative excuse to get a group of characters with disparate personalities (with hilarious consequences!) into a room together to do some improv, other games don’t translate so well onto the silver screen (and the regular screen, and of course the computer screen).

From games that actually exist, to a cobbled-together creation of the writers (and their poor poor producers) imaginations, what follows is a list of shows and movies that have either glorified fake gaming on a prime-time network, or sullied their very memory merely by associating themselves with the past-time.

Some are very real (and you wish they weren’t), and some are fake (and should stay that way).

This episode is memorable for being notoriously bad, but I think of it in the same way that cheese goes bad; it ages horribly, becomes incredibly pungent and moldy, and it’s so good I’m eating it like it’s my job.

There’s a killer afoot, in an MMO closely based (but just far enough away from, legally speaking) on Second Life, known as Avatar (well done on avoiding copyright infringement, guys). The detectives must enter into the game and find him. It’s about as stupid as it sounds, and unfortunately there’s no clips readily available for mocking (I guess they were all destroyed by a flood of tears of laughter). So instead here is a picture of one of the actors desperately hoping that this scene won’t affect her future career prospects. Oh yeah, CSI did something like this as well.

Don’t get me wrong, I love this film. It’s a great coming-of-age comedy, dealing with all the classic teen drama that comes along with the end of high school (only with an adult voice acting as an inner monologue in a sort of “if I could go back, this is what I’d say” type of way). In fact, what I’m talking about is kind of a blink and you’ll miss it type of deal:

Evan (Michael Cera) is playing a game which, with a little bit of research, turns out to be The Getaway Black Monday, and he sucks at it. But then again, he spends most of the movie sucking at a lot of things (except running). Still, points to the writers for using a real game, and for making it the background to some classically quotable Superbad dialogue.

Matthew Broderick outsmarts a computer and saves the world from nuclear Armageddon, not before making sure the whole of NORAD is aware of the futility of the concept of mutually assured destruction. This is probably the most 80s thing that has ever been made: Matthew Broderick, “hacking”, blocky computers, and a cold war metaphor that rams itself down your throat. Here he is, “dialing into the school computer.”

And if you, too, want to walk bleakly into a post-nuclear realization that an escalating arms race does no one any favors, you can! Global Thermonuclear War, the game, became a real thing. Now you too can have world-threatening power, and no good reason to either have or not-have it. Game tie-ins to movies are kind of par for the course now, and stuff like Wreck-It Ralph immediately lends itself to a multimedia presentation, but it seems the Wargames video games (and the clones it spawned later on) were casting the mold.

Frank Underwood is perhaps one of my favorite characters of the year (sorry Davos Seaworthy), a brilliant and ruthless anti-hero who loves him some pulled pork. If you haven’t watched it, what are you doing wasting your time reading this ridiculous article when you could be getting down and dirty in the lacerating politics of Washington DC?

So what does an aging, southern gentleman who sometimes has call to breed murderous intentions do at home when he’s not smoking a cigarette and looking into the middle distance? Why, Killzone 3 of course.

It’s actually a pretty good representation, considering it’s right from the game. He’s not stigmatized or demonized for preferring video games to opera, he’s an adult who wants to blow off some steam. The show also probably has some of the best representation of new media around, from the micro-blogging site one of the journalists joins, to the way that the texts are shown (simply, and without pretension).

Although I guess his later development (spoiler alert) into malicious sociopathy in later episodes could always give someone (I’m looking at you, The Daily Mail) cause to link his new personality traits to his proclivity towards violent video games. Ah well, ah least it’s just fiction, right? 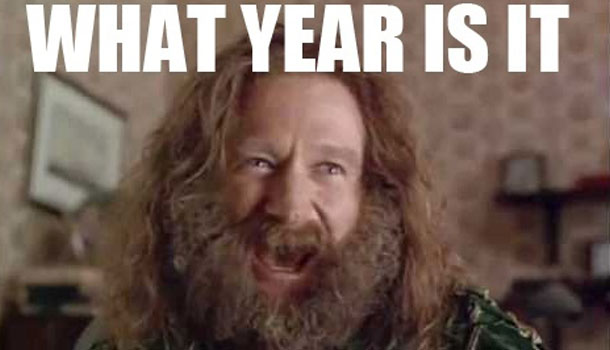 No real life tie-in (that has all the same features) yet unfortunately. But keep those fingers crossed.

October Movie Preview: Where Did All the Horror Go?