Arnold Schwarzenegger Starring in Terminator 5 and Other Sequels 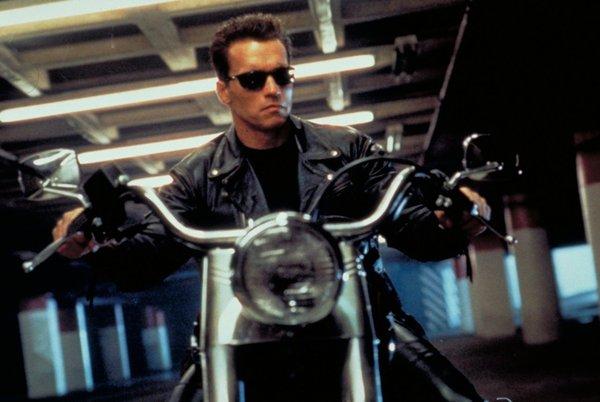 Did you happen to see “The Last Stand” starring the can’t-miss pairing of Arnold Schwarzenegger and Johnny Knoxville? Well, guess what. It missed. After the success of “The Expendables” and its sequel the ex-California Governor was supposed to be continuing his Hollywood comeback trail into action stardom. But “The Last Stand” flopped and a few weeks later Sylvester Stallone’s “Bullet to the Head” did the same. So the questions remain regarding the resurgent Sly and Arnie and their box-office pull. Don’t expect them to call it a career however, especially after the news Schwarzenegger broke last week.

The Guardian is reporting that while promoting the DVD release of “The Last Stand,” Schwarzenegger announced that he would be returning to some familiar roles soon. Being written with the Austrian actor set to star are “Terminator 5,” a new “Conan the Barbarian,” and a sequel to “Twins.” That is quite the grouping. I don’t know how successful these films will be, but (at least) in the case of “Conan” and “Twins,” no one was really asking for sequels. “Terminator” fans are sci-fi enthusiasts so maybe they are interested.

The last time we saw the “Terminator” bunch was 2009’s “Terminator Salvation.” Starring Christian Bale and Sam Worthington, the film did relatively well at the box-office. It even features Arnold Schwarzenegger’s likeness in showing the origin of the T-800 Model 101 Terminator. Where they would go with the face of the franchise returning, we can only guess. But I imagine it will end up being visually impressive. As for “Conan the Barbarian,” we had a reboot starring “Game of Thrones” actor Jason Momoa as the lead in 2011.

Well forget that ever happened because we’re going back to the original. I’ve found conflicting reports that the movie may acknowledge or ignore the events of the 1984 sequel “Conan the Conqueror,” so we’ll have to wait a little while to learn the plot. But Momoa seems to not be involved.

Now the rumors for the “Twins” sequel are odd. About a year ago, The Hollywood Reporter reported that Schwarzenegger would reteam with Danny DeVito to star in “Triplets.” The third brother would be none other than Eddie Murphy. Things may have changed since then and Eddie Murphy could drop the film still, but this was, at least at one point, a planned scenario. I don’t know if the world is ready for that group. All three of them have seen their stars fade over the last decade or so. Is there enough nostalgia to bring audiences back?

If anything, this announcement has given new hope for “Terminator” fans. Studios don’t like letting profitable franchises sit on the shelf. So that’s why we’re beginning to hear these rumblings. Schwarzenegger’s sci-fi and fantasy legacy is a strong one. We may forget since he was away playing government for so long. But in addition to “Terminator” and “Conan,” he was in “Predator,” “Total Recall” and many others. Plus we can’t forget “Jingle All the Way.” That was meant to be a story about the true meaning of Christmas, but instead it was a cautionary tale regarding the dangers of obsessive action figure collecting.

We still have some time before the three big Arnold releases hit theaters so details will be forthcoming. I hope the studios involved have some strong marketing teams because they will have to convince the world that we want to see these old franchises. I, for one, was searching for an announcement regarding a “Kindergarten Cop” sequel. Get on that ASAP Hollywood.