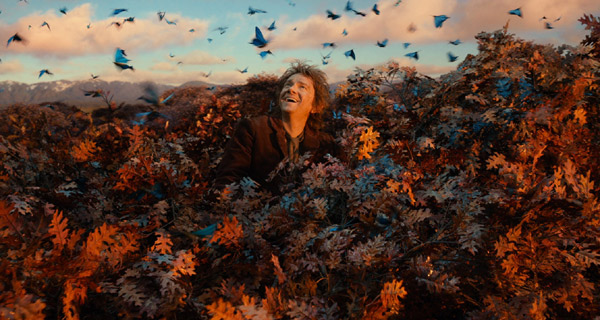 So things get complicated in December. We have a number of highly-anticipated films of both the blockbuster and independent variety. Hollywood will be hoping big names like The Hobbit and Anchorman will bring in the big bucks. But there is also a different priority. In order to be eligible for the upcoming award season, movies need to premiere before the end of the year. So we get a lot of films making an extremely limited release to keep their award hopes alive. It makes it difficult to write up a preview because unless your George Clooney’s personal umbrella carrier, you likely won’t see a number of these movies before the calendar flips over. Let’s take a look at the hectic December rush ahead of us.

Out of the Furnace and Into the Smaug

December 6th- Out of the Furnace

Christian Bale has a big month, which begins with Out of the Furnace. The artist formerly known as Batman plays a blue collar guy who takes matters into his own hands when his brother, played by Casey Affleck, goes missing. It looks like industrial Pittsburgh’s answer to Taken. With that being said, the trailers show Bale giving a potentially great performance.

I keep reading people complain about Tauriel, an elf played by Evangeline Lilly, because Peter Jackson created her to give a female presence in the male heavy Hobbit story. We’re going back to Middle Earth, people. Be happy! Bilbo (Martin Freeman) comes face to face with Smaug, the dragon in this middle chapter and follow up to last year’s huge success, The Hobbit: An Unexpected Journey.

Tyler Perry’s popular Madea franchise also continues with Tyler Perry’s A Madea Christmas. Every time one of these comes out I can’t help but compare them to the Ernest movies with Jim Varney from the 80s and 90s. The similarities are there. Madea Goes To Jail, Ernest Goes To Jail. Come on! But this time Perry’s character tackles the holidays.

In the most advertised movie of the century, Will Ferrell suits back up as off-color newscaster Ron Burgandy for Ancorman: The Legend Continues. At this point I’m not entirely sure if the movie is about the group joining a 24 hour news network or working at a Dodge dealership. Be careful what you ask for world, this is what the return of Ron Burgandy looks like.

…and apparently this is what dinosaurs look like. Walking with Dinosaurs looks to be a mix between The Land Before Time and Jurassic Park. I must question the film’s authenticity though since the dinosaurs are voiced by actors like John Leguizamo. Now how on Earth could a dinosaur develop such a thick New York accent?

It’s another crowded Christmas Day at the box-office as studios are looking to get people away from their yule logs. In addition to a new Justin Beiber documentary, Believe, that doesn’t need mentioning, a number of genres are represented. Keanu Reeves stars in a fictionalized version of the story 47 Ronin. The movie is being promoted like it is 300 with Samurai. I could go into more detail, but that is enough to get me to watch.

Grudge Match pits the two actors most associated with boxing against each other. Sylvester Stallone (Rocky) and Robert De Niro (Raging Bull) play old boxing rivals who are convinced to fight in one final match well past their primes. There are sure to be a lot of old people jokes, but the two actors have me intrigued. It’s like the actors are also giving movie boxing one final go.

Ben Stiller directs and stars in The Secret Life of Walter Mitty. The long delayed project has Stiller playing a daydreamer, who sets off on a journey to find a missing photo. It’s not your typical Stiller fare as the comedy is mixed in with big cinematography and insightful character development. I guess this was character development too, but it was different.

The Wolf of Wall Street promises a big award season presence. Look no further than Martin Scorsese directing. Leonardo DiCaprio stars as a stockbroker embroiled in controversy and such. Jonah Hill and Matthew McConaughey also turn up. 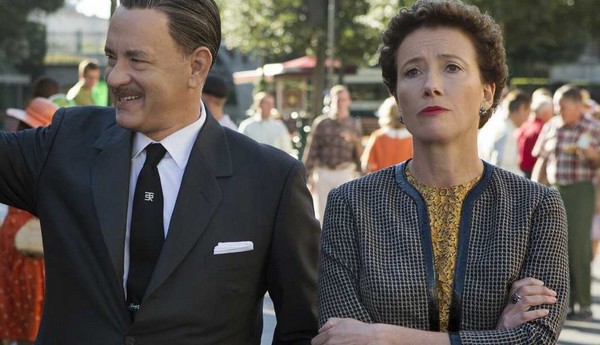 So these are some of the projects with the ever expanding distributions. We’ll see them eventually, even if it’s nowhere near the official release date. American Hustle reteams director David O. Russel with a cast full of his regulars. There is Christian Bale and Amy Adams, who starred in The Fighter along with Bradley Cooper and Jennifer Lawrence from Silver Linings Playbook. Throw in Jeremy Renner and you have a pretty amazing cast.

Saving Mr. Banks has one of America’s favorite actors playing one of America’s favorite historical figures. Tom Hanks plays Walt Disney as he tries to convince author PL Travers (Emma Thompson) to let him turn her story, “Mary Poppins” into a movie. We, of course, know that he succeeds, but my does the author come across as grumpy in the trailers.

Inside Llewyn Davis is about a young folk singer trying to breakthrough in the early 1960s. The Coen brothers wrote and directed the film with Oscar Isaac from Drive starring. If those names don’t mean much to you, Justin Timberlake is also in it. So go get your swoon on.

Also premiering in a handful of theaters is Lone Survivor. The true story of a SEAL mission, Mark Wahlberg stars along with a strong supporting cast of Taylor Kitsch, Emile Hirsch and Ben Foster. Intense clips form the promos promise realism and a glimpse into life as a Navy SEAL.

Now you are set to end 2013 in cinematic style. I have been counting down the days until The Hobbit and The Wolf of Wall Street, but there is so much quality this month, I’ll need to use my frequent popcorn buyer card. That doesn’t actually exist, but if it did I would be using it a lot.