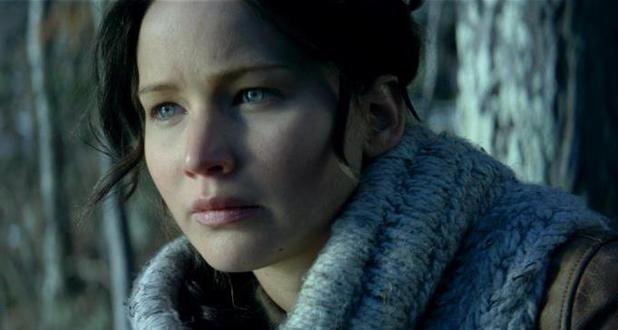 October… it’s over. So we are moving onto November and an interesting grouping of movies that will hit theaters. There are a bunch of must-see titles mixed in with some that are less anticipated. October’s standouts seem like nothing compared to the franchise films that bring Katniss and Thor back to the big screen. We also get to meet Ender after years of anticipation and there’s a Disney cartoon with a talking snowman. The November movie release schedule could hold its own against some of the summer months. It’s a bit nippy out, so put on your windbreaker and get to the theater.

November Movie Preview: Harrison Ford in a Star War… No, Not That Star Wars

Ender’s Game is an adaptation of the acclaimed 1985 sci-fi novel of the same name. Asa Butterfield of Hugo fame plays the title character, Ender, a smart kid sent to a space military school to prepare for an impending alien war. Harrison Ford and Ben Kingsley co-star as superior officers. The film’s promotional trailer has high-end visual effects and a level of intrigue that isn’t always there with new sci-fi films. We’re looking at you, After Earth.

Free Birds comes out just in time to ruin Thanksgiving for children all over the U.S. An animated feature, the film has two turkeys traveling back in time to try and prevent turkey from being the main Thanksgiving food. We all like animals; I’m sorry turkeys, but sheesh.

With an ensemble of legends, Last Vegas puts Michael Douglas, Robert De Niro, Kevin Kline and Morgan Freeman in Las Vegas for one of their bachelor parties. The studio is trying to convince us that it’s a senior citizen version of The Hangover, but the quality and Oscar winning pedigree of the cast suggests that there’s probably more to it than that.

Finally released in the U.S., Chris Hemsworth is back as everybody’s second favorite Norse god in Thor: The Dark World. Let’s not kid ourselves. Everybody likes Loki more. Luckily he’s back too with Tom Hiddleston costarring. Malekith the Accursed is the film’s main villain, which shows Marvel isn’t afraid to go deeper into the character rolodex as their phase two projects continue.

About Time starring Domhnall Gleason (Bill Weasley from Harry Potter) has the Irish actor playing an awkward guy who finds out he can time-travel. But he uses the gift for romantic comedy purposes, mainly to win over a woman played by Rachel McAdams.

A sequel to 1999’s The Best Man, The Best Man Holiday has Taye Diggs, Terrence Howard, and the rest of the big cast reunite after 15 years to reconnect. The first film proved to be a large success on a small budget. They’ll be hoping for the same with the sequel, where most of the cast is now better known. It’s also the only release of the week sandwiched between heavyweight releases.

Woo! The Hunger Games sequel. That means more underage beat downs. Well actually the contestants this time around are older. The Quarter Quell pits past victors against each other in a new arena with a beach, a jungle, and all kinds of crazy stuff. Since the first film, Jennifer Lawrence went from promising newcomer to Oscar winning superstar, so it will be interesting to see if she outgrew the young-adult drama.

Delivery Man is a remake of a French-Canadian film called Starbuck. Vince Vaughn plays a likable loser who finds out his past sperm donation has now fathered over 500 children. So he has to decide whether or not to reveal his identity as a group of them petition to find out who he is. It looks funny, heartfelt, and very Vince Vaughn appropriate.

Disney takes on Hans Christian Andersen’s “The Snow Queen” in their new film, Frozen, loosely based on the story. But this one has a talking snowman named Olaf and a pet reindeer named Sven, so it’s obviously a more realistic take on the story. Just kidding.

The trailer for Spike Lee’s Oldboy remake is thrilling. Josh Brolin plays a kidnapped guy who is held prisoner for 20 years. When he is suddenly released he attempts to find the person responsible. Samuel L. Jackson and Sharlto Copley from Elysium costar.

With a title no one will remember, Homeland stars Jason Statham as a low level DEA agent forced to defend his family against drug traffickers led by a kingpin played by James Franco. The movie will have plenty of Jason Statham’s usual butt-kicking. Staham’s The Expendables buddy Sylvester Stallone adapted the original novel for the screen and produced the film. Are we questioning the fact that a British guy works for the U.S. DEA? I guess not.

All in all, November is a quality movie month. Beyond the obvious choices, I’m really looking forward to Ender’s Game and Oldboy. But I’m also interested to see if Katniss can really survive her second straight Hunger Games. I mean, what are the odds? Just kidding, I read the books.