Geek Insider recently looked at the harassment that Anita Sarkeesian was receiving as a result of her web series; Tropes vs. Women that can viewed on her website. Her web series focuses on the flaws in video games with regards to the sexism and gratuitous violence, both sexual and physical, portrayed against women that is so casually included. She has been threatened, bullied, and harassed over her critiques of the damsel in distress stereotype, the Ms. Male Character characters, and the use of female characters as background props. She hasn’t limited her critiques to just video games though; she has also looked at The Hunger Games, gender stereotypes in Lego, and female roles in science fiction and fantasy. 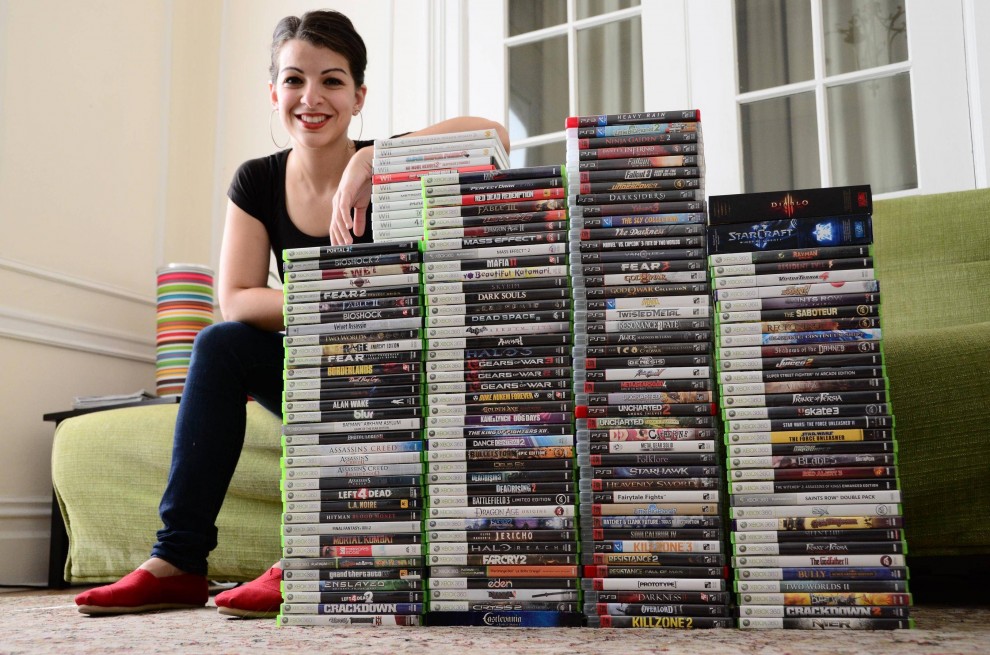 In an email to Wired before she had reached her $6,000 Kickstarter goal, Sarkeesian commented that “[she’s] been running a web series on YouTube for a few years now that both deals with questions of sexism in the media and also has ‘feminist’ in the title, so [she is] certainly no stranger to some level of harassment.” She goes on further to say; “I knew that delving into video games might provoke a bit of a misogynist backlash … [but] this level of organized and sustained harassment, vitriol, threats of violence and sexual assault in response to a project that hasn’t even been made yet is very telling.” She included some of the worst threats as a screen cap on her Twitter page (warning: it is pretty graphic and disgusting).

Despite having to flee her home because of threats against herself and her family, Sarkeesian plans to continue making videos. Her mission is simple: “I’m making these videos to help promote media literacy and provide some tools for folks to look more critically at gaming (and other forms of popular culture), I hope to present issues of sexism in gaming as a recurring systematic pattern across the entire industry because harmful gender representations are not just limited to a few games, genres or companies.” 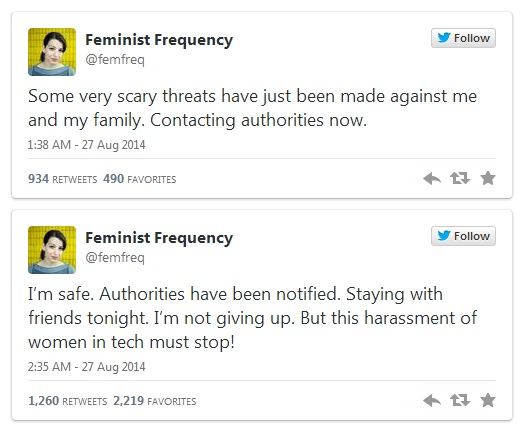 Sarkeesian has seen massive support from fans and backers on her Kickstarter page, but it doesn’t end there. Entrepreneur, Anil Dash, and Kickstarter co-founder, Yancey Strickler were listed as backers for her project. Even Roger Ebert, a prestigious film critic, tweeted about her campaign. 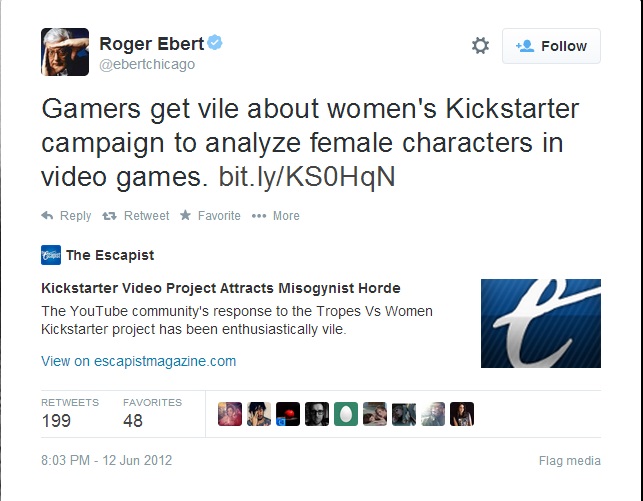 Also on Twitter, she saw support from graphic designer, Andrew G. Davis, who tweeted:  “I know a lot of my followers are male and/or gamers. Know that this is NOT acceptable.”

Joss Whedon called out her opposition, saying she is “truth telling” and they need to “deal” with it. 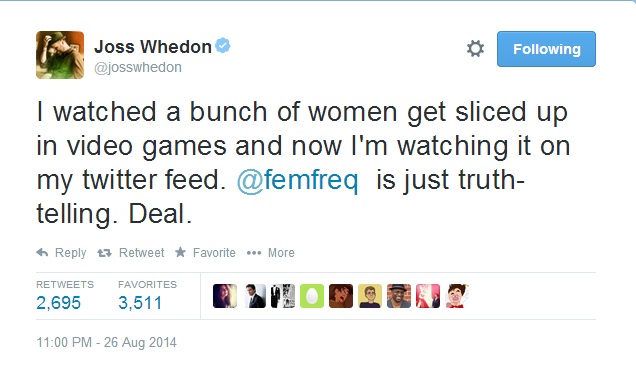 She has also seen support from others involved with gaming: 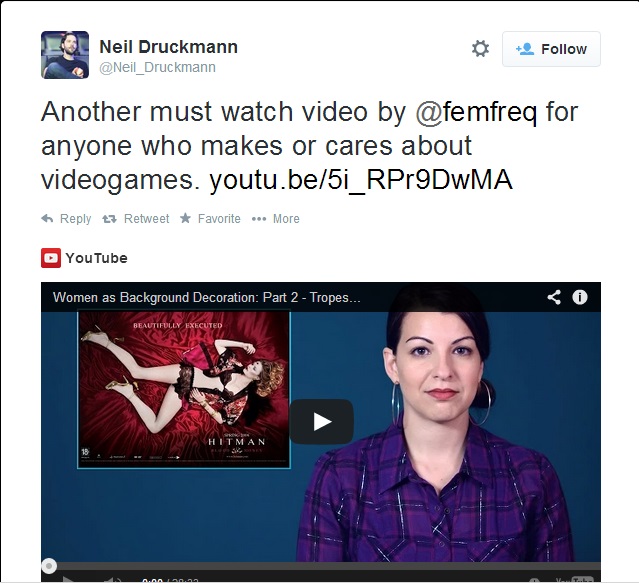 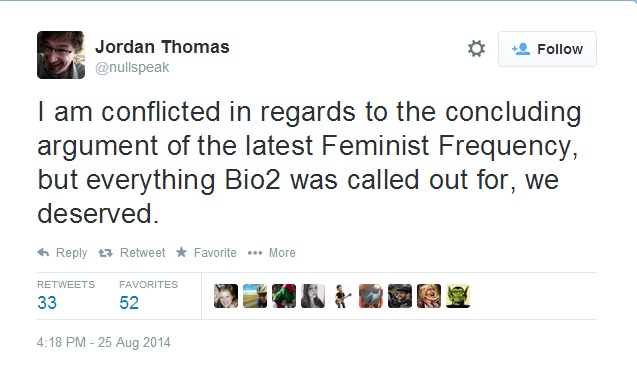 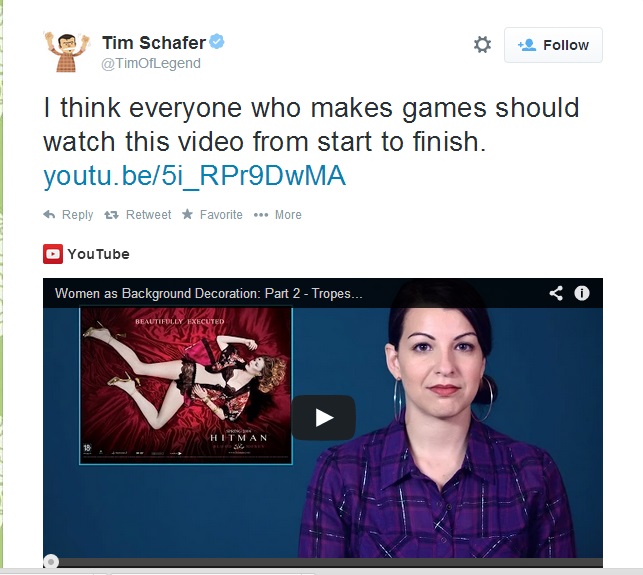 And some of these supporters have seen some backlash for their opinions: 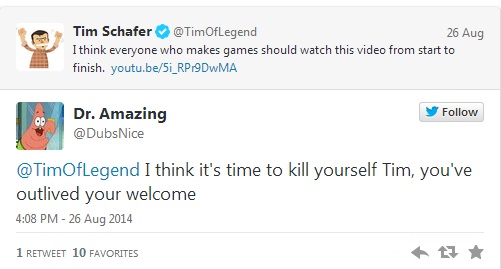 Even the developer of Saints Row 4 agrees with Sarkeesian’s critique. “”I think it’s fair to be called out on your shit,” he said.”I think that it’s a sad man that can never be self-reflective. I think that we tried to go and carry ourselves with respect, and try to respect sexuality and respect gender as much as we can, and sometimes we fail but hopefully we’ll do better and continue to get better.” 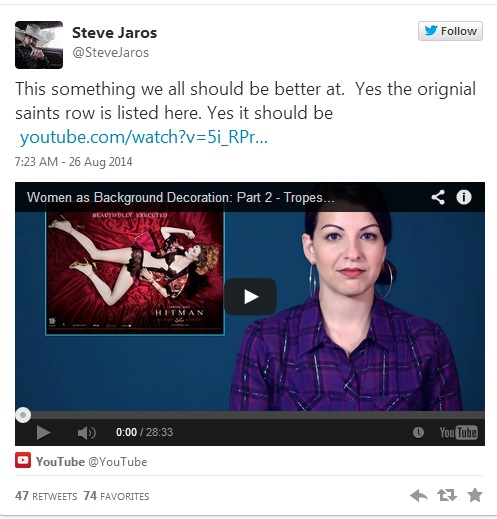 Recently; game developers, working for dozens of companies like Ubisoft, EA, and BioWare, have signed an open letter that states that “everyone, no matter what gender, sexual orientation, ethnicity, religion or disability has the right to play games, criticize games and make games without getting harassed or threatened. It is the diversity of our community that allows games to flourish.”

Sarkeesian Won’t Back Down

Harassment of female gamers is, of course not a new thing, websites like Fat, Ugly, or Slutty and Not in The Kitchen Anymore have focused on the kind of sexism that female gamers have to face. Geek Insider has done several articles on female gamers and females as represented in video games as well. Now, because of all the harassment and bullying she has seen, Sarkeesian states that her “the project is now going to evolve to include a much larger component about online harassment and treatment of female gamers in videogame culture, because what’s happening to [her] is not an isolated incident.”

If you want to support Sarkeesian and her cause, you can donate on her website here.