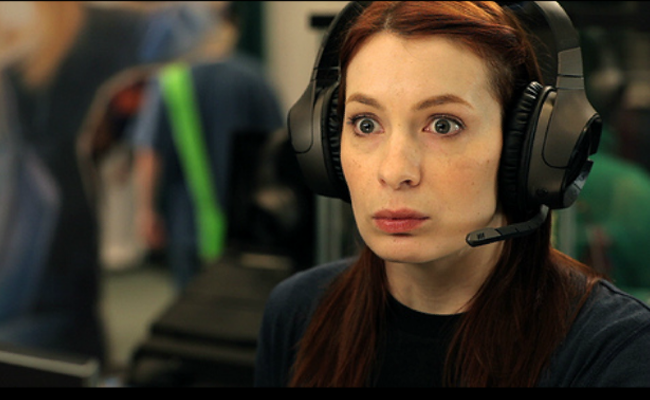 In recent months it’s been pretty impossible to escape all of the sexism talk surrounding the video game culture. It seems as if the game industry really dislikes the idea of women gamers, for some reason. On a regular basis I read a story about the industry that has “sexism” in it’s title. In 2011, the Entertainment Software association compiled a report that determined a surprising 42% of gamers are female. With nearly half of all gamers being women, could game developers possibly be as sexist is it seems? The answer is yes and with few exceptions they don’t seem to be altering course. Even more frightening, however, is how little we gamers seem to understand the issue.

Three days ago Kotaku broke a story about the abysmal and sexist treatment of employees at Trendy Entertainment. It would seem that president of the Dungeon Defenders studio makes a habit of treating employees unevenly. This ranges from giving significantly lower salaries to women, who are just as qualified as their male counter parts, to just down right despicable workplace behavior. If you’ve never played Dungeon Defenders, the style of the game is very cartoony. So when it came out that he’d been demanding that the female elf be more like a, “Brazilian beach model” or to make the sure the, “ass was attractive” it was a little disturbing. When one of the artists created a sexy pin up of the elf character as an in house joke the president liked it so much he released it publicly.

Before the Trendy story we heard about Bro-sie the Riveter. When the CEO of Hawken publisher Meteor Entertainment put up a sexy poster of a girl from Hawken, a female employee struck back. She had a spoof poster produced that featured a sexy male character in his briefs and replaced his poster with her new one. To the CEO’s credit, he took it light-heartedly instead of lashing out. He decided to hang Bro-sie right alongside his original and told the employee, “You called me on exactly the bullshit I need to be called on.”

We’ve all heard these stories I’m sure, but I feel like we’re missing the point. Yes the head of Trendy is a sexist, disgusting, jerk, that’s apparent. But why are we not asking why the art employee at Trendy would create a sexy picture to pass around the office as a joke? Why are we applauding a CEO that puts up a sexist poster and when it’s pointed out, responds by doubling down? Choosing to be equal in how you apply sexism doesn’t make sexism go away. Nobody seemed to stop and say, “Hey, maybe we shouldn’t be putting up sexualized posters in the workplace.” Instead we end up with an office that hangs posters that advertise women as a pair a breasts alongside those that leave men as muscles and huge genitals. That doesn’t make the sexism towards women in that office go away. All it does is cover up the very real issue of how women are sexualized into an easier pill to swallow.

When BioShock Infinite revealed it’s cover art many fans were left confused. In such a lush and interesting world with a female character playing a major role, why did we get a dude with a gun? Ken Levine, the game’s Creative Director, informed us that they basically focus tested it at frat houses. That he, wanted the uninformed, the person who doesn’t read IGN… to pick up the box and say, okay, this looks kind of cool, let me turn it over. Oh, a flying city. Look at this girl, Elizabeth on the back. Look at that creature. And start to read about it, start to think about it. That’s great Ken, but what about all of the women who don’t read gaming websites as well? For that matter, what about the ones who do? Bringing the game to frat houses only works towards expanding your market into college age guys. A group which, for the most part, is already securely in the gaming corner. Why not bring it sororities as well? Or I don’t know, ANYWHERE with women? How could anyone possibly think that polling a house full of guys is the best way to reflect the potential market? Ken Levine makes it seem like he is giving the people what they want. That BioShock Infinite had to keep the girl off the cover because that’s the only way to sell games.

If that’s the cause then how does anyone explain The Last of Us? Naughty Dog, the company behind the game, revealed that they were specifically asked to take their female protagonist off of the box. Not just make her less prominent, entirely remove her. They wanted to basically ignore the role that Ellie plays in the game. Why would a company think it’s best to market a game that hides such an important character? Once again, we can turn our sights to male centered focus testing. Naughty Dog  realized that their research company wasn’t planning to include any women gamers at all. They had to insist that females be included in the groups. It seems a bit ridiculous that a research firm would be unaware that 42% of gamers are women. I can’t help but think they went ahead and excluded women despite that figure.

Quite simply, because we let them. When these focus groups happen, it’s with people just like me; a male in their twenties who likes to game. Video game culture, for such a long time, has been male centric. In early gaming, we were the lion’s share of the customers game companies had to market to. Sure, game companies need to expand their horizons as well, but why are we male gamers feeding them all of the information they use against women? Just so we can then get online to show how angry about it we are. Our society has taught us that there are certain roles women belong in when it comes to storytelling. Even in modern more “equal” times that is clearly still the case. Do you remember how mind blown you were when Samus Aran turned out to be a woman? We all just assumed she was a guy because she was an action hero and all around bad ass.

Last year there was a controversy surrounding sexism in gaming. It wasn’t about the companies this time, it was about us. During a Street Fighter X Tekken focused web show called Cross Assault one of the female players was berated for nearly 15 minutes straight with sexual comments. In a room full of gamers like us nobody bothered to say anything about the behavior. That’s sort of how it’s always been in the gaming community for females. Women are regularly harassed via online services like Live, sexualized at conventions as “Booth Babes,” and  given outlandish models in games. Is it any wonder that the companies we do this through are sexist? They’re taking our lead guys, it’s pretty obvious.

At the end of the day it’s gamers who need to send the message to game companies, more specifically male gamers. The fastest way to change a companies habits is to have their consumer base demand it. Maybe after all this ,you think it’s just other people and that you’d never do anything sexist, ever. The hard truth is that we’ve all sort of been programmed into these things whether we like it or not. I highly recommend checking out the Youtube series Tropes vs. Women, which looks into this. A new film that looks into women in gaming titled GTFO has been Kickstarted as well, and I’m excited to check it out. Whether you agree with everything I’ve talked about or not, it’s become painfully obvious that a change is needed. If we aren’t the ones who make it, then who will?