Super Smash Bros. Announced for Wii U and 3DS 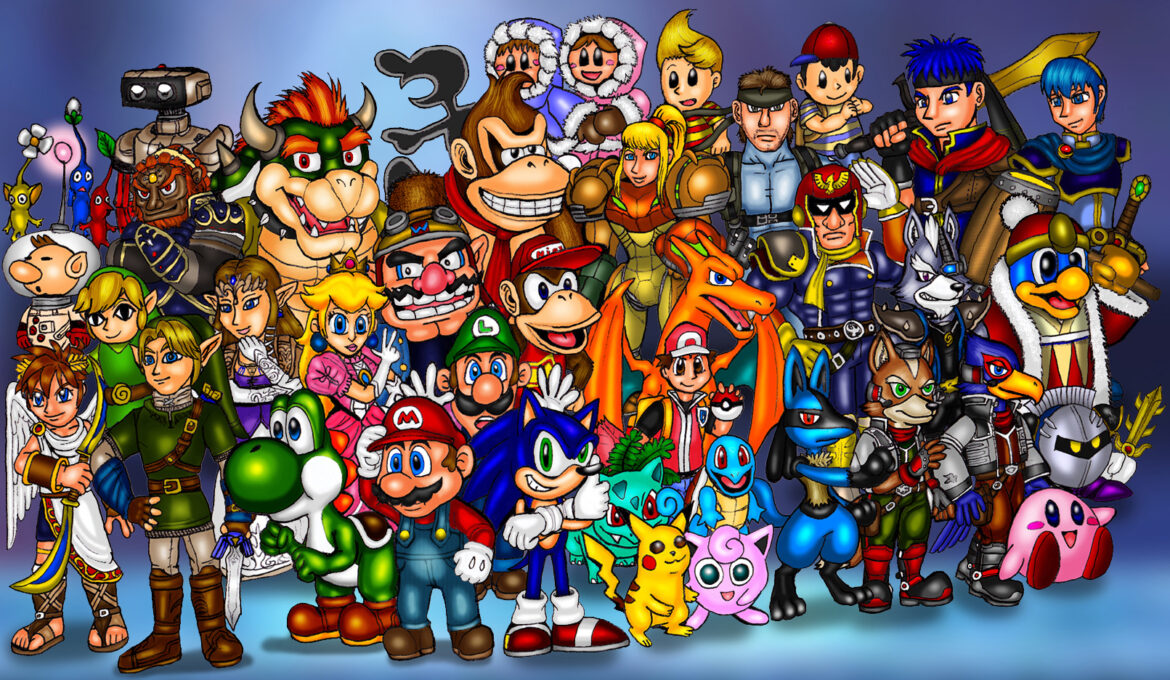 Before I get started gushing about how happy I am, I would like to let you all know that I am a twenty year old with an arguably deep voice and an entirely normal upbringing, and I just squealed like a little girl getting her first Barbie doll.

Nintendo had a lot to do to impress me this year at E3, considering the lacking library the Wii U currently has and the fact that Sony’s E3 conference took the internet by storm. But holy triforce, did the Big N ever blow my mind. Nintendo’s E3 conference was a little unorthodox without Reggie Fils-Aime on stage telling the audience that his “body was ready.” Instead, Iwata presented us with a slew of trailers in the form of a 30 minute long Nintendo Direct, the last of which was the announcement of a new Super Smash Bros title.

The new title will be slated for release on both the 3DS and Wii U. This is a fairly bold move on Nintendo’s part, as there are seldom first party releases that cross consoles. But with the great success of the handheld and massive following it has, it seemed almost certain that this would happen.

The announcement came with a trailer reminiscent of Brawl’s debut in 2006. This is where the aforementioned squealing came in. It was a magical moment, seeing the Smash Ball logo flash onto the screen; almost like seeing an old friend again. All of the technical difficulties of the stream seemed to pay off as new stages and characters graced the screen. It was beautiful.

The stages always seem to be overlooked when people analyze trailers. One of the most exciting stages I noticed was a train stage in the 3DS version based off of The Legend of Zelda: Spirit Tracks. We saw what looked like a Nintendogs based stage as well, in which the fighters seemed to have to hide from the dog on screen. The Wii U version showcased a typical battlefield type stage (like in Melee and Brawl), Skyloft from Skyward Sword, a wrestling ring styled stage, and what looks like the reappearance of Smashville from Super Smash Bros. Brawl!

But what Smash Bros trailer would be complete without the announcement of new fighters? The internet speculates over this kind of thing constantly, and the trailer was definitely able to put that speculation to rest. Out of scenic nowhere came a character I don’t think anyone could have ever predicted: Villager. You know, your character from Animal Crossing? Yeah, that guy! Better yet, he’s exactly what my character in Animal Crossing tends to look like! So it was like I was being introduced into the game. How cool is that? If you answered “very”, you’d be on the verge of correctness. Villager’s moveset seems to consist of using the tools you would use in Animal Crossing, ranging from the bug catching net, the shovel, the axe (which cuts down trees to hit opponents), and the slingshot! Villager also seemed to have a move that paid a nice homage to Balloon Trip for the NES in which he floated with balloons that were attached to his helmet.

The next announced character seemed like a dream. An answer to my prayers from Masahiro Sakurai himself: Mega Man. MEGA. MAN. The battle lasted into the night. A worn Link, Mario, Donkey Kong and Kirby looked up to the moon to see an unfamiliar figure standing on a ledge nearby. Suddenly, a blue light flashed as a helmet encased that same figure’s head in turn lighting up said figure’s eyes. And a twenty year old college student jumped straight up from his seat, realizing that one of his favorite characters of all time was not in fact dead (I’m looking at you Capcom). I could not believe it! I still can’t believe it! Mega Man in Smash Bros?! Yes. Finally. Complete with a moveset featuring powers belonging to Metal Man, Wood Man, Hard Man, and Guts Man, the blue bomber graced us with his presence across the new Wily Castle stage. Leave it to Nintendo to revive one of Capcom’s most beloved IP in the best way imaginable while Capcom itself occupies its time with iOS apps and Dragon’s Dogma.

Super Smash Bros. for Nintendo 3DS and Wii U are set to release in 2014 and I can hardly contain my excitement. I think I’ll watch the trailer five or six more times.

Why Do Game Companies Insist On Video Games Being a Boys Club?