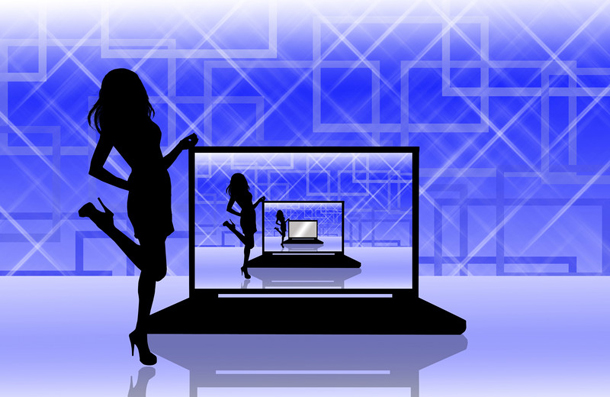 “Every minute spent on discussing gender issues in technology is a wasted minute that should be better spent building free software” — Randi Harper a.k.a. FreeBSD Girl

We would be naïve to think that sexism doesn’t exist in the tech world…According to many programmers, computer hackers, tech savvy millionaires; the world of technology was invented by men for the masses.  Women have more important roles in this geek culture through Cosplay, and less position leading a global company like Yahoo, or sitting behind a computer screen designing games, and platforms.

Despite what a handful of pocket protector wearing Neanderthals are saying about where we are today, the journey to where we sit in tech culture may not have existed without the talent and genius of Ada Byron Lovelace – daughter of Lord Byron, and the “Princess of Parallelograms” as she has been considered by many the founder of Scientific Computing, and yes –a woman.

Sexism in tech is a hot button issue – many women in the technology world are tired of actually trying to compete against the rise of Brogramming and its frat boy culture – why?  Because women want to do their jobs, plain and simple – at the end of the day, like in many work cultures; it all boils down to respect.  Respect for the talent, and brains behind the suit – it shouldn’t matter if the individual wearing the suit is pairing it with a pair of “to die for” Jimmy Choo’s.

Molly Oswaks a staff writer for Gizmodo states it perfectly.

“Technology Is Not a Male Subject. Tech is a human subject”

If tech is a human subject, why do some women in this business feel the need to dress masculine to showcase their talents?  Why are women called out on their great looks at conferences, as the reason behind their jobs? Why must women continuously fight for their rights behind a computer screen, or as a video game developer?

Females in Game Development At All Time Low

The Edge (November 2012) posted that women in the video game developing industry is at it’s lowest in years, recording only six percent of females in the workplace (down from 12 percent in 2006).  So, where have all the women gone?

In this century – women are only found in the kitchen, or at home with their children because it’s where they [the women] want to be; yet these typical jokes still run rampant in our society.  I guess if we cannot learn from the histories of war, then why should we learn from the lessons of feminism?  This can’t be the answer—we need to welcome smart and talented female programmers, hackers, and developers with the same handshake as we do their male counterparts.

Back in the later part of November 2012; Twitter lit up with the Hashtag #1ReasonWhy– started by Luke Crane asking the simple question: “Why are there so few lady game creators“?  This sparked a stream of comments from females in the gaming industry—allowing the tech world to finally see first hand, the elephant in the room.

Female game developers opened up about stories such as being mistaken as a receptionist, or ‘booth babe’ right into being sexually harassed by colleagues, co-workers, and  CEO’s.  Opening up this can of worms in a forum such as Twitter released comments from the inane to the intelligent – women baring their souls about an industry they love so much, yet struggle to find their place in this self proclaimed man’s world.

Enemy at the Gates

Technology is still a male dominated industry with women close on their heels. While some companies and organizations thrive with a woman at the top, or designing successful programs, it is still far from the norm–and without quoting Men are from Mars Women are from Venus—could it boil down to something as simple as that? Could it be that women and men both lack the viewpoints of their counter parts? While this could play a role in contributing to the types of games and tech created, it is still is not a reason for the low numbers of women in the gaming or tech workforce’s.  While some men may perceive women as “the enemy,” it’s necessary to see what all genders can offer each other, and the industry they work in.

Will the tech world continue on the course of Brogramming, or will it evolve into an industry where men and women can work together in symbiosis? Only, time, education, and further evolution will tell.

Michelle is a Northern Ontario girl who now lives on Canada's west coast. A Foodie, Social Media Geek, and a lover of the Buffy-verse, she also writes on social networking for Social Media Camp where she will be speaking this May on the fundamentals of blogging. Michelle shares her love of food on her personal blog thefoodloveaffair.com.