Home Entertainment ‘Gotham’ Is Back to Its Wild, Unpredictable Self (And It’s Fantastic)
Entertainment 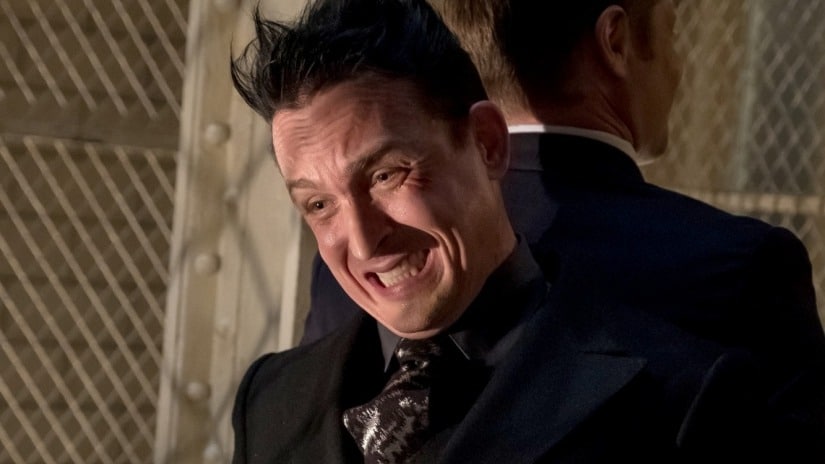 After a promising season premiere, Gotham took its foot off the gas last week and coasted through a lackluster episode that just wasn’t much fun. So, in this shortened final run,  “Penguin, Our Hero” becomes a pretty important episode. Gotham can’t afford too many boring weeks, and two in a row this early might kill the entire season.

Fortunately, we don’t have to worry about that. For at least one more week, Gotham is back to its wild, unpredictable, none-of-this-makes-sense-but-who-cares self. And it’s fantastic. There’s something for everyone—gun fights, street fights, deadly cult initiations, and enemies forced to work together. Oh, and multiple explosions. And all of it done in that cartoonish, over-the-top way that Gotham is famous for.

It also helps that Gotham brings a couple of much-needed characters back this week (sort of), which we’ll get to in a moment. But the main focus is on the new-and-improved Selina Kyle and how her slow transformation from streetwise orphan to cat-based supervillain is affecting her relationship with Bruce. Between getting shot by Jeremiah and whatever was in that thing Ivy gave her, she’s developed a real killer instinct. And Bruce doesn’t know what to do with that. She’s determined to kill Jeremiah (and anyone else who gets in her way), and Bruce wants to bring him back to stand trial for his crimes (apparently the fact that the criminal justice system is nonexistent at this point is only a minor complication). And all of that’s fine until Bruce’s heightened sense of morality almost gets Selina killed. I’m envisioning an “I love you—don’t make me kill you” moment in their not-too-distant future.

Oswald returns to the forefront after being conspicuously absent last week, and it’s not a moment too soon. Penguin has stockpiled plenty of food and ammunition, and he’s also built up a large supply of adoring servants who lavish him with songs of praise. But they all defect to Jim Gordon’s Haven at the first opportunity because, as even the timid Mr. Penn finally admits to Oswald with his dying breath, “Everyone hates you.” So not only does Oswald lose everything (at least for a brief period), he’s also forced to deal with the fact that he really doesn’t have a friend in the world. Of course, that’s mainly his fault—I mean, he’s a truly awful person who literally kills anyone who dares to challenge him about anything—but it’s still a little sad. So, on a very basic level, it’s nice to see him actually get some genuine praise after helping Jim take town the gang leader and giving Haven back to the people.

The other person who finally makes an appearance is Jeremiah Valeska. Well, not really—Cameron Monaghan isn’t actually in this episode. But we at least see his picture, and we’re introduced to his “church” and the mental state required for membership (which is batshit crazy). If Jeremiah serves as a substitute Joker, Ecco has apparently become Gotham’s version of Harley Quinn, and the weird Russian roulette initiation for the would-be disciples is pretty creative. I hope we actually see Jeremiah himself next week (I’m assuming he’s behind the Haven explosion), but the build-up in his absence has been handled well. Let’s hope it pays off.

Best Apps for Your Smartphone That Will Improve Your Writing