Things Are Still Crazy in Gotham–Just Not Quite as Interesting 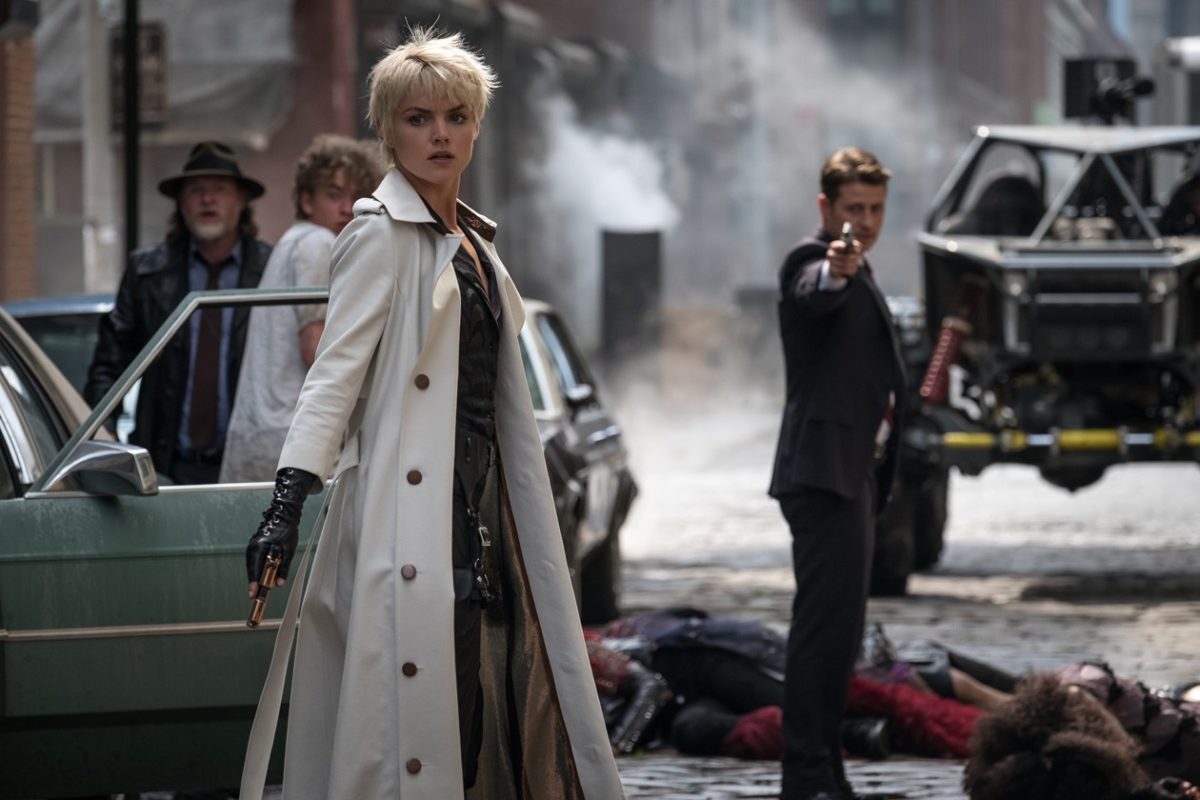 Gotham kicked off its final season last week with a fairly strong premiere, at least by Gotham standards. Cutting a major American city off from the outside world and leaving its citizens to fend for themselves may be a fairly ridiculous concept in and of itself, but it’s at least fascinating enough to keep our attention if it’s handled properly. And since we’ve learned to manage our expectations with this show, we’re generally willing to accept gaping plot holes and other assorted nonsense as long as it’s interesting and entertaining. Things can get crazy, and even a little weird, but the one thing a show like Gotham can’t afford to be is boring.

But, for the most part, that’s exactly what we get this week: a sprawling, lethargic episode that’s all over the place and that just isn’t much fun to watch. To be fair, it does have its moments—I like what they’re doing with Barbara and Jim now that Lee’s apparently out of the picture, and we now know what causes Selina to fully embrace her Catwoman persona.

But even those stories are told in an unexciting way, and the rest doesn’t seem to matter that much. The rescue of the children from Sykes and the Soothsayers is nice, but, other than the fact that children shouldn’t be forced to dig tunnels for crazy bad guys, I’m not sure why I’m supposed to care. And I’m not sure what’s going on with the ghost woman and the creepy kid in the hotel. Maybe they’re laying the groundwork for later episodes, and all of this will pay off down the road. Then again, this is Gotham, so I wouldn’t bet on it. But here’s hoping.

Ed Nygma’s situation does get a little clearer; apparently he’s killing gang members in his sleep and blaming it on Penguin in hopes of starting a war. The two of them have a lot of unfinished business, and so it’s not hard to believe that Ed still wants to kill Oswald. But I’m not sure where they’re going with the whole sleepwalking thing. It seemed as though Ed had made peace with his alter ego last season, so this particular storyline seems a little redundant. But, again, I’m willing to give the show some leeway if they can make some sense of it all down the road.

Speaking of Penguin, Oswald doesn’t actually make an appearance this week, and we can only assume he’s hiding out at City Hall since Barbara wants him dead (and is probably the only person in Gotham with the resources to actually pull it off). Robin Lord Taylor has been one of Gotham’s bright spots since the beginning, and so his absence is another reason this week’s episode isn’t quite as entertaining as it could have been.

It’s only the second installment, and so it’s too early to give up on the season. But I really hope the writers cut out a lot of the ancillary excursions through the city and focus on the key characters from this point forward. Again, we don’t expect a well-structured, cohesive plot. Just do what Gotham does best—give us interesting, crazy stuff, with the characters we care about, that keeps us entertained. That’s all we ask.

Tips For Attending Your First Convention

What Makes A Good Private Investigator?

Why You Should Make Your Own Gifts In...

The Benefits of Outsourcing Cyber Security