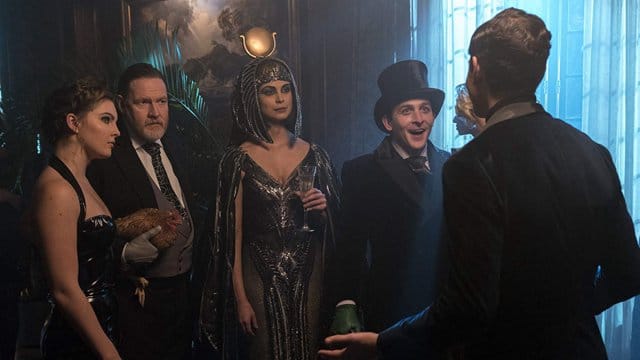 Let’s be honest—Gotham has never really been a very good television show. And maybe that’s not a fair criticism given the huge expectations that are naturally placed on any project that’s set in the world of the Dark Knight, but it’s reality. If someone gives you one of the most iconic characters in American history as your subject, plus a network-sized budget to work with, you’d better be damn sure you produce a quality show. Batman fans tend to get a little perturbed when you make our hero look bad (we’re looking at you, Ben Affleck) or, even worse, boring. And you could argue that we’ve seen our fair share of both with Gotham over the last four seasons.

But sometimes life is all about managing expectations. And that’s what I’ve learned to do with Gotham. I know it’s not on par with the Dark Knight trilogy, or even with the Adam West series from the 1960s. And it would be easy to just write it off as bad television and leave it at that. But if you just accept it for what it is—a semi-serious superhero show with some goofy but relatable comic book characters—it’s really kind of fun. Yeah, there’s a lot that doesn’t make sense, and they’ve thrown WAY too many villains into the mix, but that’s okay. We accept it for what it is—a show that takes itself too seriously, but that we really don’t have to take seriously at all. We can just watch and enjoy.

Having said all that, if the premiere episode is any indication, the final season of Gotham has the potential to be a pretty interesting one. Since being cut off from the rest of the world in last season’s finale, Gotham City has now been divided into rival villainous territories, with the GCPD running a makeshift refugee camp out of the police station. The leaders of some of the largest factions are Oswald Cobblepot (since he controls the munitions market), Barbara Kean (who seems to be the only one with an ample food supply), and Scarecrow (who seems content to just rob people for now). The federal government has essentially given up on the city, so it’s up to Jim Gordon and Bruce Wayne to keep as many people safe and fed as possible while the crime lords fight for control.

Tragically, one person who’s not fighting is Selena Kyle. After being shot by Jeremiah Valeska toward the end of last season, she may never walk again, and she’d rather die than face life as a paraplegic. And she’s finally realized that being friends with Bruce Wayne caused this problem to begin with. Maybe this is the event that finally pushes her over to the “villain” side of things for good.

Of course, we all know that Selena has to eventually become Catwoman, so she’s going to make a full recovery. But how? That weird nurse keeps telling Bruce that she needs to see “the witch,” so I guess we have at least one more strange character to look forward to.

Speaking of strange, what’s going on with Ed Nygma these days? Apparently Dr. Strange was able to bring him back after last season’s stabbing, but between the nightly blackouts and that ridiculous hair, the Riddler’s not exactly in the best of shape. The irony is that Ed’s no longer suffering from multiple personality syndrome, but he’s still convinced that his alter ego–“Idiot Ed”–is causing all the problems. Maybe we’ll find out more about what Dr. Strange might have done to him.

By Gotham standards, this was a pretty good season premiere. And since it’s the last season, I fully expect some really crazy stuff before it’s over. I want to say I’m cautiously optimistic, but that’s not really true. I have no real expectations at all. And that’s why it’s going to be a fun season regardless.