Oh January, the month where the whole world is talking about how great the new year will be. Yet at the movie theater, that sentiment isn’t quite there. The bulk of audiences will be watching the blockbusters that came out in December or the award-show bound art house movies that will be slowly expanding to audiences over the coming weeks. So the January movie list of new wide releases is thin. Maybe Hollywood’s new year’s resolution is to shed some dead weight by releasing less movies. I doubt it. Here’s the full January movie preview.

Escape rooms are a fun activity where a group of people get “locked in” a room and have an hour to escape by solving puzzles and clues. It would be a shame if it was turned into a horror movie and made scary! A group of strangers are promised big money if they can escape an immersive and dangerous set of rooms before being killed. Daredevil’s Deborah Ann Woll stars. 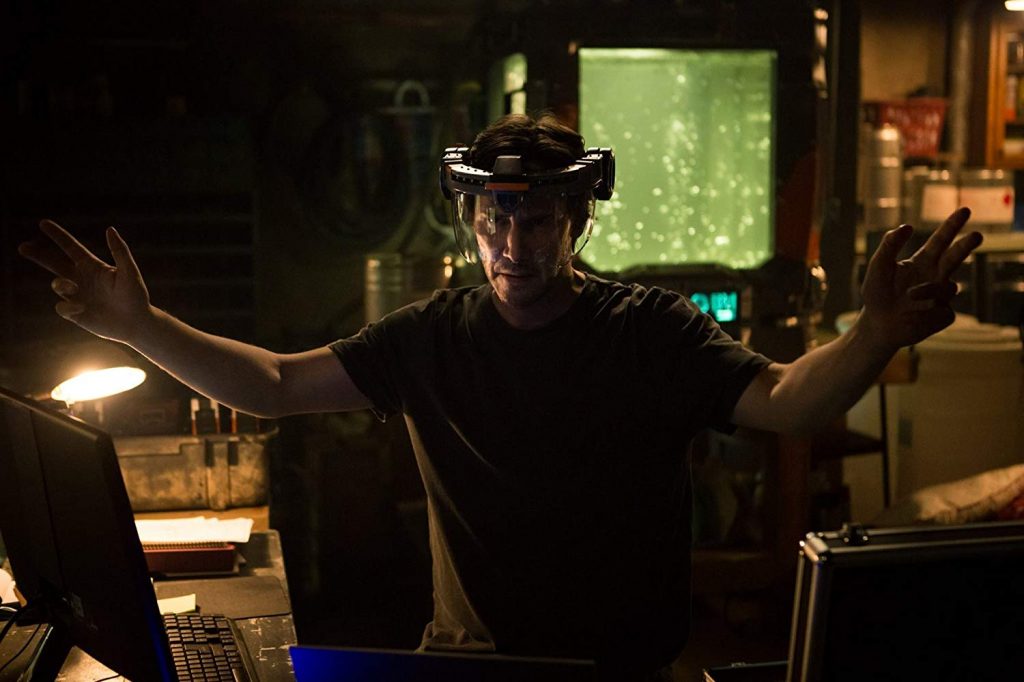 From the same author as A Dog’s Purpose, A Dog’s Way Home follows a dog (that only the audience can hear talking) on a trek over hundreds of miles to find her owner after getting lost. Bryce Dallas Howard voices Bella, the film’s lead.

Keanu Reeves is back with his usual brand of ass-kicking. But this time there’s a twist. After losing his family in a car accident, Reeves’ scientist character brings them back through super illegal human cloning. When the company he stole the technology from comes to collect their property, including his family clones, he does everything he can to protect them. Alice Eve and Thomas Middleditch co-star.

Starring a pair of actors who know their way around a comedy, The Upside features Bryan Cranston as a rich man with quadriplegia and Kevin Hart as an out of work ex-con hired to help him. The film is both a comedy and a drama, but I would say the level of silliness is much lower than Hart’s usual movies.

Not too many people saw that twist coming at the end of M. Night Shyamalan’s hit 2017 movie, Split. But with it revealed that Kevin, played by James McAvoy, and his 20+ personalities exist in the same world as Mr. Glass (Samuel L. Jackson) and David Dunn (Bruce Willis) from the 2000 movie Unbreakable, Glass is set to be released and fully tie the franchise together.

January 25th– The Kid Who Would Be King, Serenity

The Kid Who Would Be King has a present-day British boy find the sword Excalibur and take on a quest to stop evil with many of the classic King Arthur elements turning up. Patrick Stewart plays Merlin, Rebecca Ferguson is Morgana and the lead is played by Louis Ashbourne Serkis.

No, Serenity is not at all related to Joss Whedon’s sci-fi/western of the same name. It stars Matthew McConaughey as a fishing boat captain approached by his ex-wife (Anne Hathaway) to help her get rid of her husband (Jason Clarke). But the intrigue goes further than that. There is something mysterious about the island they’re on. Is some kind of sci-fi element at play? We’ll have to see the movie to find out.

My pick for January is going to be Replicas. Keanu Reeves being involved in a project usually catches my attention. Beyond that, the movie looks pretty exciting. Sure the pickings may be slim, but I would argue that each of these January movies has a certain level of appeal to their target audiences. Nice job cutting back Hollywood. Maybe this time you’ll keep it off.