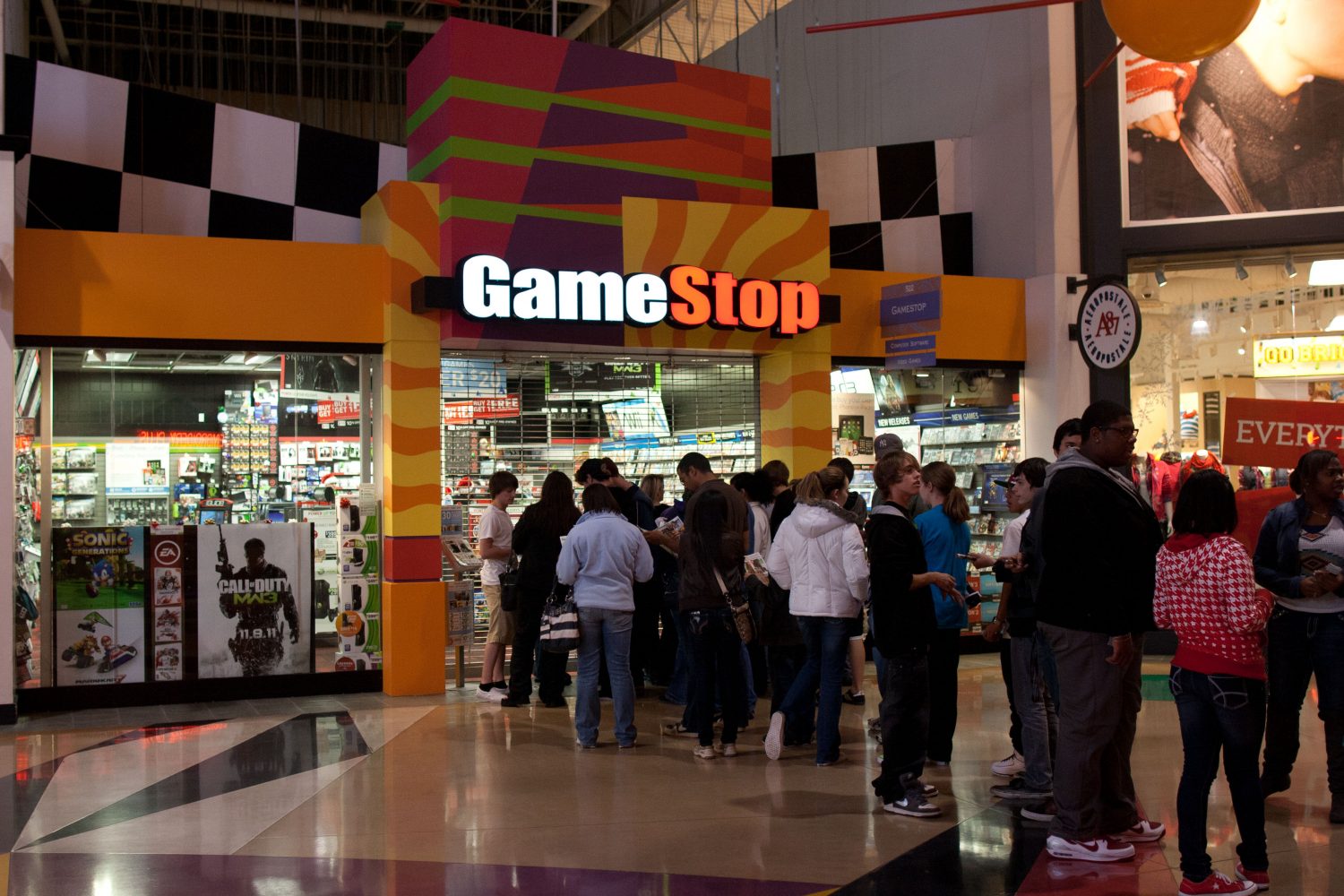 Another week has come and gone, just like that. And that means I’ve got to make another one of these bloody things. Lucky for you, A LOT has happened this week, so strap in and prepare to receive your booster shot. And lucky for me, I am a great and world-class doctor with lots of experience giving shots. Roll up your arms, please, and prepare for the sweet euphoria of impending geekiness. *Taps computer screen as if it were a syringe*

– Bandai Publisher of Dark Souls teases new project with tagline “Prepare to dine.” What could be in store?
– Blizzard’s Overwatch released their new event “Uprising” including a new PvE game in a modified King’s Row.
– A Trailer for EA’s Battlefront 2 has been leaked, showing a possible Empire campaign mode and more heroes including – Yoda, Darth Maul, Rey and Kylo Ren.
– Xbox’s Project Scorpio to come a year after PS4 Pro
–  GameStop to shutter 225 stores across the globe due to low sales (In-depth discussion below)
– Uncharted: The Lost Legacy to be released this Summer.

NEWS IN FILM AND ANIME

– We got the Thor: Ragnarok Teaser! (Check out our breakdown!)
– We got the second international trailer for Atomic Blonde.
– Carrie Fisher confirmed in Star Wars Episode 9.
– Star Wars: The Last Jedi trailer expected at the end of the week.
– Boss Baby still on top at box office, much to our collective chagrin, and Ghost in the Shell and Power Rangers continue to under perform.
– Fate of the Furious receives a 64% on Rotten Tomatoes.
– Michael Keaton set to star in live action Dumbo film with Disney, to be directed by Tim Burton.
– Gundam Wing will now be available on Blu Ray and DVD, which is great, because my VHS recorded tapes of the series stopped working in 2002.
– The inimitable Patrick Phillips brings us another zesty 99 Cent iTunes Film of the Week: Deepwater Horizon

NEWS IN COMICS AND BOOKS

– Kindle $3.99 Pick: The Namesake, by Pulitzer Prize Winning Author Jumpa Lahiri gets reviewed by us.
– Canadian Graphic Novelist Mariko Tamaki’s book This One Summer, about adolescence, climbed to the top of a list of books banned by the United States.
– The Black Book, by James Patterson still at the top of the New York Times Best Seller List in Print and E-book.
– Here’s a link to everything that came out this week in Comics.

GameStop announced that it will be closing 2-3% of its global 7500 stores, amounting to between 150-225 stores. This is attributed to a lower than expected fourth quarter in profits, where it lost 13.6% based on last years profits. Its stocks fell more than commensurately, at 31%, a deep gouging. Aggressive console sales from other retail chains in technology has lowered profits, along with less than expected sales of AAA games upon release.

Despite this net loss in profits, merchandising in the “collectibles sales” meaning all memorabilia, from Hyrulean coffee mugs to Deadpool backpacks have risen by almost 28%, which are very high in profit. It is particularly bulked up by the Pokemon franchise’s popular resurgence. ThinkGeek, the merchandise retailer, as well as Spring Mobile, a subsidiary of AT&T, are also largely responsible. In accord with this, GameStop has plans to open 35 new collectible oriented stores and 65 technology stores.

Reactions from online communities have been mixed, with some people pointing to low AAA game sales because of the belief that most games nowadays are imperfect upon release, and so gamers hold off their purchase until a few patches are added and bugs are fixed. Another popular theory on various chatrooms and subreddits is the proliferation of online games stores and online games, that circumvent the traditional retail model entirely.

Organizations like Steam have much lower employee and retail costs, and can still act like a global retailer. Many are speculating that this signals the beginning of the end for GameStop – but as for that, only time will tell. Others have criticized its used games store as an inferior model, selling used games for only $5 less than the new retail price, allegedly making many folk looking to trade in or sell their used games on other sites such as Craigslist, eBay, and others. This extends to used hardware as well.

Other criticism at lower sales is laden at the alleged low pay and poor treatment of its employee’s, which is seen by some as a deterrent to potential customers, who are conscious of where their money goes. Geek Insider cannot officially substantiate these opinions.

Others still are calling GameStop’s situation a sad case, because living in small towns or remote locations, where there is only one on-site retail store for games in the area makes the threat of losing it and acquiring games and collectible merchandise all the more difficult.

What is clear is that collectible merchandising is accounting for more sales as the fiscal quarters pass, and as it is a good that is generally easier and cheaper to produce, with a higher profit margin, opening merchandise oriented stores may be the way forward for video game retailers.