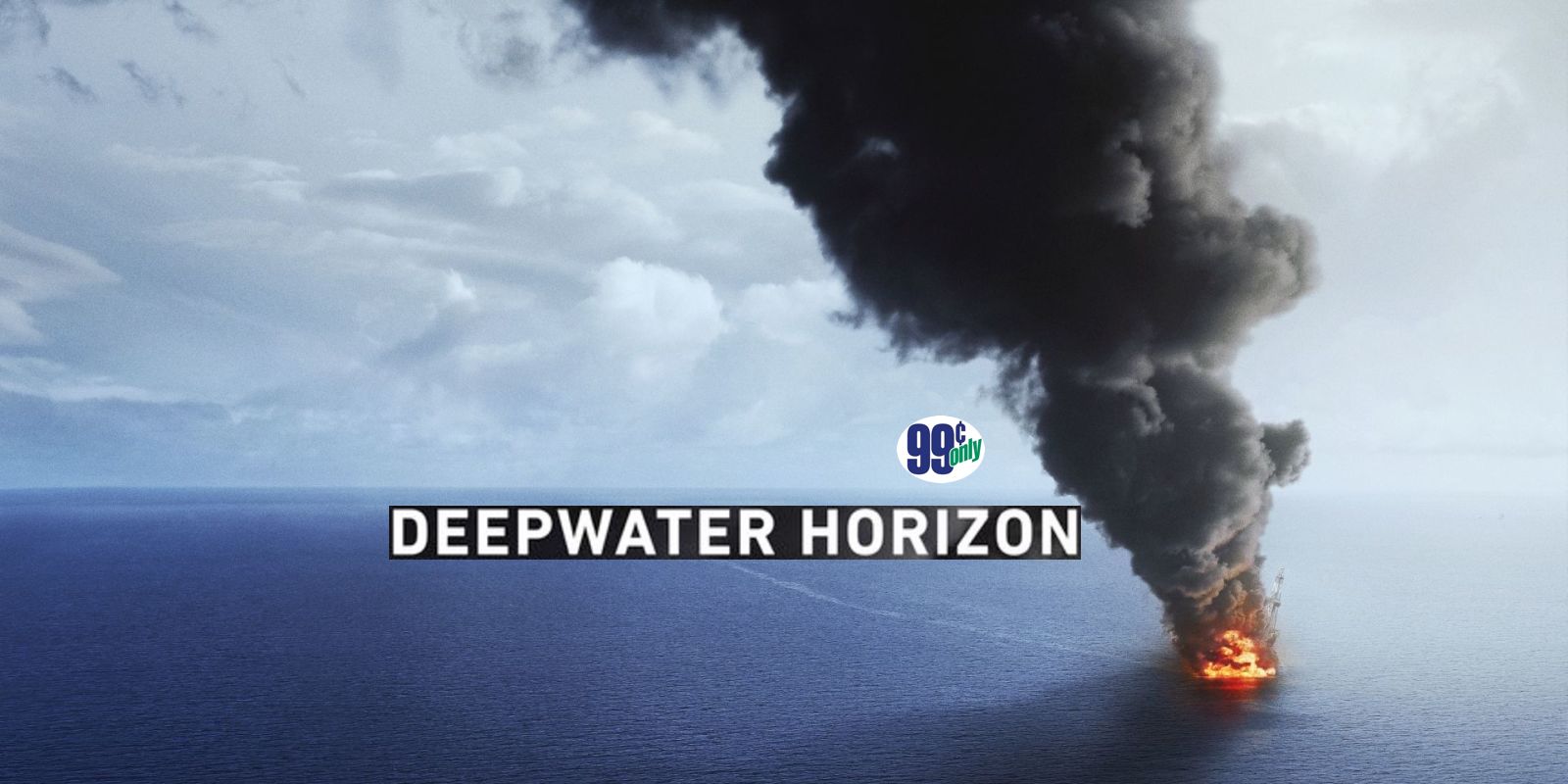 This Here’s the Well From Hell

April. 2010. Fifty miles off of the Louisiana Gulf Coast, an exploratory oil rig probes the depths of the ocean. It’s one of the biggest and most technologically advanced rigs on the planet. It’s called Deepwater Horizon. And it’s about to explode, creating the largest environmental disaster in U.S. history. Director Peter Berg dramatizes those tragic events in his taut thriller Deepwater Horizon.

That’s a Lot of Pressure

Dramatizing true events can be a slippery slope. No matter what the narrative may be, there’s a constant balancing act between sensationalizing the story and staying true to the facts. Veer too far from the truth and you might end up with sentimental schlock. Steer too close to reality and your film may come across boring or antiseptic. There’s a fine line between the two outcomes. Few filmmakers have walked that line as often as Peter Berg. With films like Friday Night Lights (2004), Lone Survivor (2013), and Patriot’s Day (2016) to his credit, he’s walked it straighter than most. And he’s walked it with more style than any filmmaker around.

Berg’s Deepwater Horizon is an elegant blend of real-life drama and stylized action. The film essentially unfolds in three parts. The first is a compelling human drama built around the characters’ personal stakes and connections. The second is a tense thriller that builds an eminent, unseen danger around those characters. The third is an all out action flick complete with explosions and fire and life or death debacles. On the surface, those may sound like three different movies. But Berg keeps the narrative tight. He keeps the action focused. And those three sections become one cohesive narrative.

It’s an engrossing narrative at that. One that benefits from Berg’s refusal to dumb things down for his audience. If you kept up with the story, then you know there were a lot of moving parts to the Deepwater disaster. But faulty equipment and poor decision-making played the biggest roles in the devastating events. Screenwriters Matthew Michael Carnahan and Matthew Sand spend much of the film’s opening detailing the problems that led to the disaster. While they focus on the human drama above water, Berg builds tension underneath with the rig’s underwater machinery. Murky, underwater photography and some outstanding sound work give the feeling that Deepwater’s drill is waking a monster under the ocean bed. Once the monster wakes, well, we know how that story ends.

That’s part of what makes Deepwater Horizon so unique. We do know how the story ends. Everything that could go wrong did. News channels were inundated with images of the smokey rig adrift in the crystal blue Gulf waters for months. We know that 11 people lost their lives that day. We know the Deepwater burned for almost 36 hours before falling into the sea forever. But those are just the facts. And facts are not what made the Deepwater saga such a compelling real-life drama. The human story was responsible for that. It’s the human story that makes Berg’s film such an absorbing experience.

We view much of that story through the eyes of Deepwater survivor Mike Williams (Wahlberg). As Chief Electrical Engineer, Williams had a front row seat to many of Deepwater’s technical problems, so he knew the potential for disaster. He also had a wife (Kate Hudson) and daughter as the whole ordeal unfolded. If Berg & Co. made one big mistake with Deepwater Horizon, it’s shorting their story. Still, there’s just enough of Mike’s life to give the character depth. Wahlberg fills in the gaps with a stoic, everyman appeal. But Wahlberg (historically a less than electric performer) never quite makes Mike feel whole. Some of the film’s bigger dramatic moments fall a little flat as a result.

Kurt Russell doesn’t have the same problem as Deepwater’s no-B.S. Operational Supervisor Jimmy Harrell. The veteran actor continues his recent string of success (Bone Tomahawk, The Hateful Eight) with another biting performance as the tough but caring foreman. More than any actor (though Ethan Suplee and John Malkovich are fantastic in small but vital roles), it’s Russell that grounds the film in reality. As hell breaks loose aboard Deepwater, his gruff stoicism lends the occasionally overblown action an air of authenticity.

That authenticity is vital to the film’s impact. After all, this is a true story we’re watching. You might recognize the faces of actors throughout, but it’s real people they’re playing. Berg reminds you of that by bookending the film with real audio clips of testimony from Deepwater survivors. He drills the fact home in the film’s final moments with photographs of those who lost their lives in the mayhem. In any other film, the tactic might seem schmaltzy. Tacky even. In Deepwater Horizon it just seems natural. Even if the film all but overlooks the environmental cost of the disaster, the photos remain a haunting reminder of the lives that were lost that day. And we should not soon forget it. 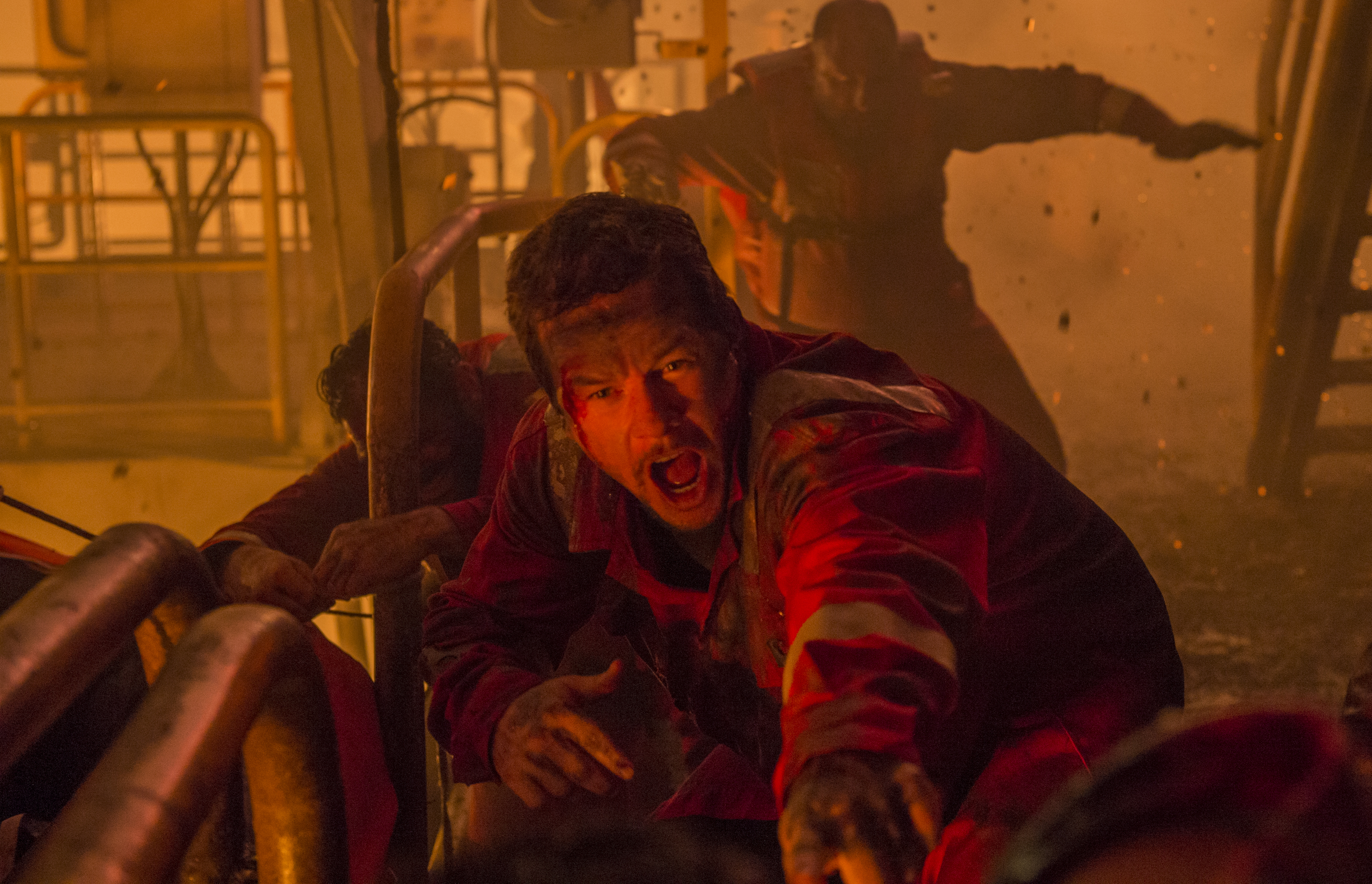 Look, I’m not going to sit here and tell you that Deepwater Horizon is a great film. It’s not. It’s a hair too slow in its opening act. And it’s a little over the top in its final act. But the moments in between are thrilling and heartbreaking and a fitting tribute to lives lost and saved on that fateful day in 2010. For that reason alone the film is worth your dollar. That its story is true makes Deepwater Horizon worthy of your time as well.