Home NewsEntertainment The iTunes 99 Cent Movie of the Week: ‘The Hateful Eight’
EntertainmentTV and Movies

The iTunes 99 Cent Movie of the Week: ‘The Hateful Eight’ 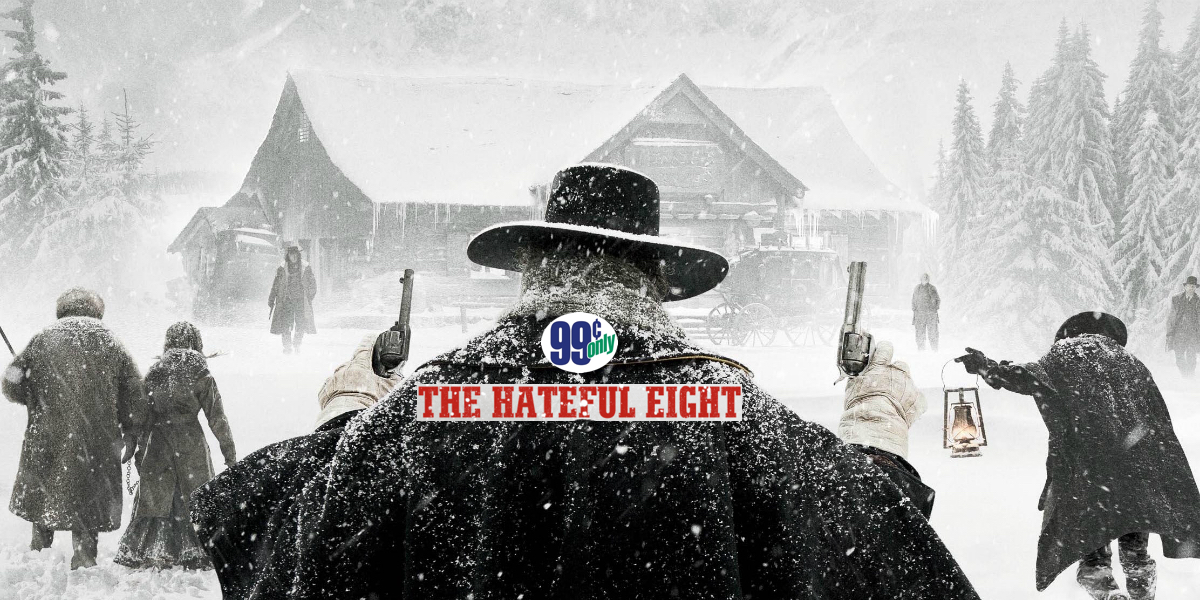 This week, Samuel L. Jackson and some good old-fashioned baddies engage in a battle of wits & wills in Quentin Tarantino’s The Hateful Eight.

Bounty hunter John ‘The Hangman’ Ruth (Kurt Russell) is on his way to Red Rocks with a prized prisoner in tow. That prisoner is the one and only Daisy Domergue (Jennifer Jason Leigh). She’s wanted for murder. And she’s worth a cool $10,000. Dead or alive. But a large bounty means that John Ruth is not the only person in Wyoming after her. Ruth needs to get his prisoner to Red Rocks as fast as possible. But fate has other plans. There’s a blizzard on the horizon. And they keep finding stranded men in the road.

One of those men, Major Marcus Warren (Samuel L. Jackson) is a renowned bounty hunter/civil war vet in his own right. The other is the new Sheriff of Red Rocks, Chris Mannix (Walton Goggins). With the blizzard bearing down, tentative accords are reached and the motley crew make for Minnie’s Haberdashery to wait out the storm. But they are not the only visitors to Minnie’s. And their day is about to turn from bad to worse to, well … let’s just say that a blizzard is the least of their concerns. So goes Quentin Tarantino’s caustic and incisive eighth film, The Hateful Eight. 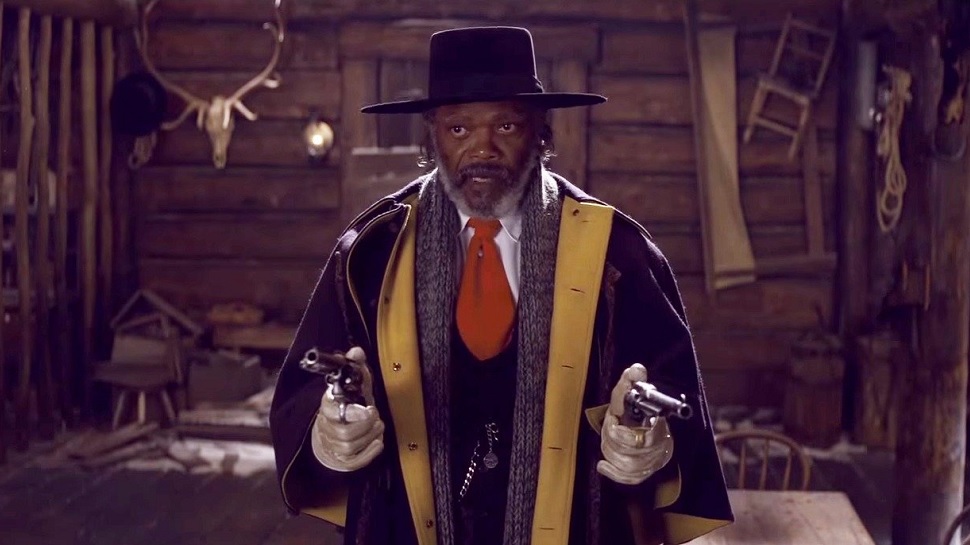 If you missed The Hateful Eight in theaters, then be warned – ‘caustic’ might be understatement. Much of Tarantino’s latest opus is downright venomous. It’s violent as all hell, too. Factor in the film’s almost three-hour run-time and it’s easy to see why The Hateful Eight did not see big box-office returns. It didn’t help that many viewers were turned off by the film’s overall vibe of doom and gloom. But don’t let that sway your opinion now. Those of you ready to buy the ticket and take the wild-ass ride that is The Hateful Eight will be rewarded with one bloody good show.

And a bloody show it is. Quentin Tarantino has always been a man of particular sensibilities. When he’s not popping his signature rapid-fire dialogue, he’s often bludgeoning viewers with Grindhouse inspired shocks. His flair for flamboyant acts of violence is rampant throughout The Hateful Eight. Those shocking acts contribute to the film’s dour tone. But Tarantino never lets that tone get in the way of a good time. As bloody and sinister as The Hateful Eight often is, the gruesome action arrives with a sly nod and a playful wink. And the surly writer/director has a lot of fun plotting his way through the madness.

That’s no easy feat, by the way. Despite featuring just eight central characters and being set almost entirely in a single location, The Hateful Eight is a rather plot-heavy effort from Tarantino. And one of his twistier efforts at that. The Hateful Eight is the sort of movie where every crooked smile has some ominous meaning and every word comes back to play a part in some barmy twist of fate. But those crooked smiles and smarmy words are what make the screenplay so much fun. Speaking of words, there are a lot of them in this film. Tarantino’s dialogue is often a character unto itself. Given the film’s characters and setting, a lot of that dialogue revolves around race and gender. And yes, The Hateful Eight takes specific aim at those issues in America – past and present.

But The Hateful Eight is hardly a sermon on equality. Tarantino is a true writer’s writer. He knows when and how to play the race and gender cards. Even when The Hateful Eight is beating you over the head with those cards, it never feels preachy. And as the story unfolds, it never goes quite where you think it will. In the end, every passing word and unexpected twist serves to make The Hateful Eight a wholly immersive cinematic experience. An experience that’s only enhanced by Robert Richardson’s lavish photography and Ennio Morricone’s Oscar Winning Score. And it’s an experience that proves just as rewarding with multiple viewings.

The has a lot to do with the actors breathing life into Tarantino’s words. There’s not a poor performance to be found in The Hateful Eight. Tarantino regulars Kurt Russell, Michael Madsen and Tim Roth bring a dizzying, whimsical menace to their own characters and Tarantino newcomer Bruce Dern nearly steals the show as an old bastard of a Confederate General. All I can say about Samuel L. Jackson is that to see him in a Tarantino film makes you wonder why he bothers working with other directors. The Hateful Eight may be his finest performance yet. Still, it’s Jennifer Jason Leigh that stands tallest amongst the estimable, male-centric cast. All piss and vinegar and diabolical energy, her Daisy Domergue is a villainess after Tarantino’s own heart. And Jason Leigh brings her to vivid life behind a fiery set of eyes and a shrill, commanding voice. My only real complaint with the film is that we never quite see the depths of Domergue’s evil. But that’s kind of the point. Nobody in The Hateful Eight is evil exactly. But none of them are good guys either. More than anything, they’re just a bunch of mean bastards. And there’s only one way to handle mean bastards. 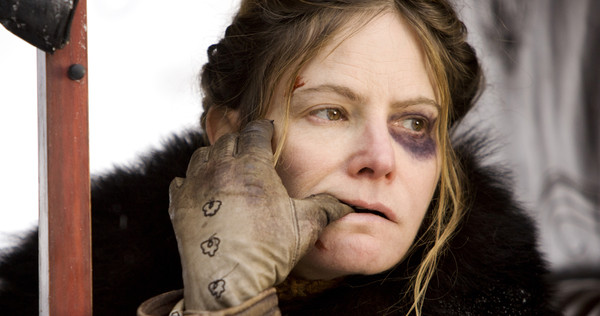 You bet your ass it is. Gritty, giddy, bitter, and beautiful, The Hateful Eight was one of the best films of 2015. And certainly one of the angriest. But just below all that anger, there are thoughts and ideas that are as relevant today as they were during the film’s period setting. For that reason – and many more – The Hateful Eight is required viewing. It’s well worth your dollar this week. And well worth your time. So drop that buck. And I’ll see you on the other side.

‘Black Mirror’ is Back (On Netflix)

Check Out the Top 10 Japanese Comic Books of the Moment