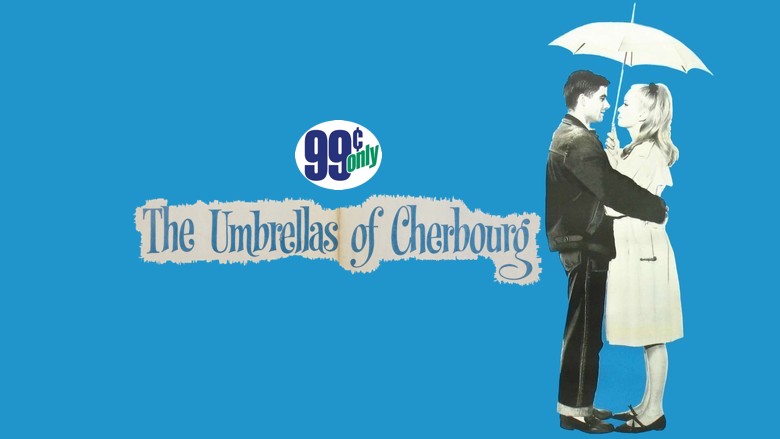 Ok, the main event this week is a little film called Inferno. It’s the third film – after The Da Vinci Code (2006) and Angels & Demons (2009) – spawned from Dan Brown’s popular Robert Langdon novels. By most accounts it’s a most unnecessary addition to the series. To be honest, I really didn’t like The Da Vinci Code. I didn’t bother with Angels & Demons. And I had zero interest in watching Inferno. Judging by the trailer, it doesn’t look like anybody involved had any interest in the project either. That includes Tom Hanks, Felicity Jones, and Ben Foster. Watch it at your own risk. Or don’t. ‘Cause the kind folks at iTunes always have a secondary option available for the same low price. So ….

This week, war separates young lovers in the melancholic musical The Umbrellas of Cherbourg.

But I Would Never Be Able to Live Without You

Geneviève (Catherine Deneuve) is a dew-eyed French teen who works in an umbrella shop. Guy (Nino Castelnuovo) is a happy-go-lucky mechanic. They’re madly in love. They want to get married. But Geneviève is 16 years old. Her Mother (Anne Vernon) does not approve of the match. And Guy has yet to fulfill his military obligations in Algiers. Their love is put to the test when Guy’s draft notice comes in and he’s shipped off for a two-year tour of duty. Jacques Demy captures every agonizing moment – and sets it to music – in his candy colored opus The Umbrellas of Cherbourg. 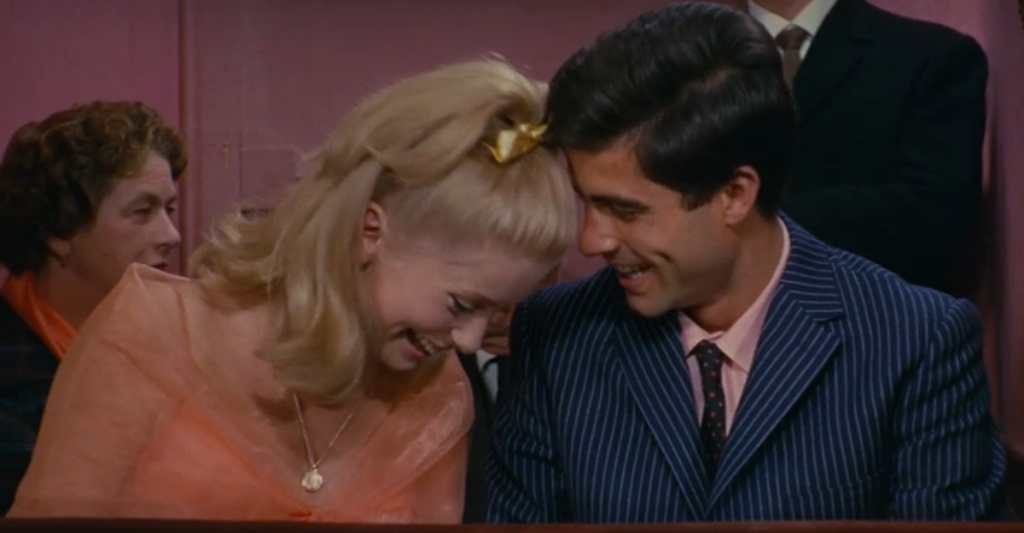 People Only Die of Love in the Movies

I know, the word ‘musical’ can be a bit frightening. But don’t worry, The Umbrellas of Cherbourg is not your typical ‘song and dance’ studio fare. Sprung from the mind of French auteur Jacques Demy, the film combines the glossy look of an MGM musical with the fragmented realism of a New Wave drama. The Umbrellas of Cherbourg unfolds like an opera of despondency as a result. One that’s driven by jazzy music, teary eyes, and an ocean of romantic longing. Not to mention singing. Lots of singing.

That doesn’t mean the film is full of songs. It isn’t. Demy & Co. instead make songs of the film’s dialogue. Every single line in The Umbrellas of Cherbourg, from casual hellos to weepy goodbyes is sung. Be warned, it’ll take a few moments to acclimate to that offbeat approach. But once you give over to the wistful whimsy behind it – and you will give over – it washes over you like a single, immersive song. It’s an achingly amorous number that’s sung with passion and devotion by the film’s cast. And it’s one that has to change colors and textures with every narrative shift.

Those shifts come early and often. But the film’s inventive narrative structure is a big part of what makes it such a unique cinematic experience – mostly because Demy uses it to keep his young stars apart for the bulk of the story. Demy breaks that story into three sections – The Departure, The Absence, and The Return.

The Departure finds young lovers Geneviève and Guy in the throes of first love. A love tested by the times as much as it is by circumstance. One that sees the pair ready to conquer circumstance only to see the times get in the way. Guy is called off to war. After a tearful train station goodbye, The Absence sets in. Demy splits this middle section between the pair – Geneviève dealing with a precarious problem in Guy’s absence, and Guy dealing with Geneviève’s decisions after his return. That’s as much as needs to be said about that. You deserve to experience the middle section of The Umbrellas of Cherbourg with fresh eyes. The impact of the film’s final act is dependent on your investment in The Absence. Just know that difficult decisions are made. Tears are shed. And it will be years before Geneviève and Guy lay eyes on each other again.

That moment comes in the film’s final section, The Return. It’s one of the most devastating finales you’ll find in modern cinema both in its emotional resonance and stoic romanticism. It’s not a happy ending by any stretch. It’s not exactly a sad one either. It’s just sort of indifferent. That may be Demy’s point, I suppose. The Umbrellas of Cherbourg is nothing if not an ode to first love. First love rarely – if ever – works out. But it always seems to linger. And it often drives the question ‘what if?’. In the end, The Umbrellas of Cherbourg isn’t really concerned with ‘what if?’. It focuses more on the questions of ‘what was?’ and ‘what is?’. And those two questions have never inspired such beautiful music. 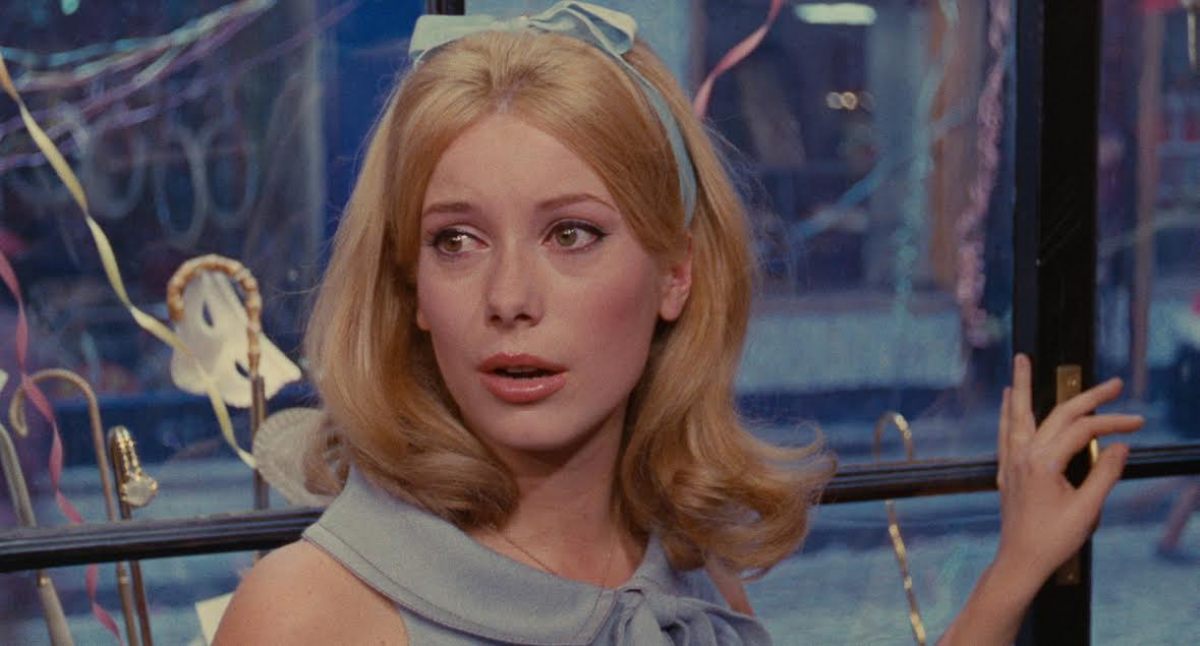 You bet. Not only is The Umbrellas of Cherbourg worth your dollar, it’s one of those classic films that counts as required viewing for anyone who loves movies. Its spirit is dazzling. Its energy is infectious even in its melancholy. And its influence can be seen in virtually every film – musical or not – that came after it. If you don’t believe that, go back and watch La La Land, Moonlight, or any of Wes Anderson’s films after you’re done here. And just FYI, you’re getting the fully restored Criterion Collection release of this timeless film with your rental. Classic film + Criterion Edition + one dollar = happy you. Trust me.