Buyers Can’t Save the Vita – But Sony Can 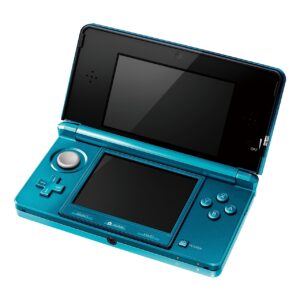 Sony’s PS Vita has no doubt been a commercial failure until this point. It has not done as well as Sony would have hoped, and is losing miserably to both the 3DS and (its perhaps unexpected competitor) the iPad. We hear a lot of press that the Vita is doomed to fail, but I’m here to offer a solution. We are all aware that the Vita needs more software, such a complaint is a given and I’ll be looking a bit deeper than that. We’ve seen brief glimpses of what the Vita is capable of, but sadly no game has played fully to the system’s strength.

Firstly we need to end this cross-play idea. Frankly it should be a given that if possible Sony software should be compatible with all Sony devices. This isn’t a selling point – it should be expected. As one of the few Vita owners I find it insulting that all the experiences that come out for my Vita are on my PS3 and are usually better on my PS3.

It’s pathetic and insulting that this is seen as a plus for the Vita, it seems more like an easy way out for Sony to make software. This takes us into a larger problem however, because experiences for the Vita and PS3 are fundamentally different. With the latest Need for Speed entry we saw we can’t treat the Vita like a small home console, and it is a product that needs experiences designed around it, within its limitations and strengths.

Secondly, we need top developers making games for the Vita. We only have Sony’s B studios working on all Vita titles, and 3rd party developers follow in their example. Call of Duty, which potentially could have been a system seller was pawned off to Nihilistic Software. If you want more Vita sales, get Guerilla (Killzone series) or Naughty Dog to develop your next potential system seller. 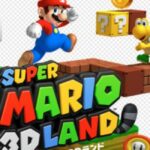 Super Mario Land 3D, one of the highest rated games on the 3DS, came from one of Nintendo’s top studios. In fact, this may be the Vita’s largest problem – the developers simply aren’t experienced enough. Not only this, Sony must invest far more effort into drawing developers into the Vita not by offering cash or rewards; But by just marketing the thing.

The PSP suffered from a similar problem, and while millions of units were sold you could not possibly have gleaned that from the way Sony treated the system. It became second rate, along with its 50 million purchasers. With a good marketing push and perhaps a lower price on those memory cards, Sony can carve an audience for its system – and the developers will come.

I love my Vita, and there are so many good things to say about the device. I hope 2013 turns the system around, or I feel that the Vita will go down like the Dreamcast, something that was simply doomed from the beginning – not by the competition, but by its owners. I hope it does not come to that, but the software lineup for 2013 does not look promising, and Sony had better start doing something about that.

I think gaming on the Vita needs must be cheaper, and this memory card nonsense needs to go!`Plus, Sony need to admit their wrong doings with the Vita and make proper amends. Lower price, better games, better game access and maybe an exclusive series.

“Sony’s PS Vita has no doubt been a commercial failure until this point.” All the biddies on my street own a PS Vita, so idk what you’re talking bout. Losing to the ipad? kbro, we all know that mac products are SOOOOOOO much better for gaming than anything that sony/microsoft could ever come up with, but my honest opinion is that the ipad sucks. I agree that more games need to be created. Oh, and the dreamcast has swag so it was never “doomed”, but I can’t say the same bout the vita. Remember, YOLO for jesus

The problem I’ve always had with Vita, 3Ds and the like is the limited releases while having big name titles being released for only these handheld consoles. When Vita came out, it was a serious temptation to purchase due to the release of Uncharted: Golden Abyss. But purchasing primarily because I’m addicted to Nathan Drake’s comical and exciting adventures isn’t a smart idea, so I’m left in the cold. They’ve done this previously with Resident Evil and other big name franchises as well. Thank goodness Revelations is finally being released for other consoles for the rest of us to enjoy. Sony and others need to focus on securing awesome games for the handhelds and keep releasing them so everyone has a reason to purchase it. Releasing new titles for popular franchises only to be used on handhelds makes me feel the greed of these gaming companies. Don’t force fans purchase additional hardware so we can enjoy the full realm of the worlds we love on our full-size consoles. If a handheld was for me, I would have purchased it already but I haven’t found enough titles available to make it worthwhile.

Yeah cause delivering the handheld exclusives to other platforms is definitely going to help the Vita sales. The whole selling point of handhelds is that you get cut-down portable versions of the AAA games as well as other games designed around the strengths of the platform. If they had HDMI-out on the vita it would solve your problem of not being able to enjoy it on the full-size screen but unfortunately they only have that on the DevKits 🙁