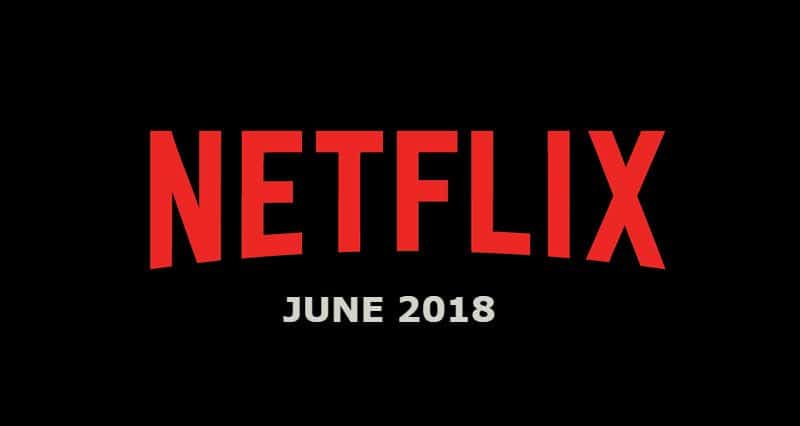 It’s getting hot outside. Why sit poolside and sweat when you can Netflix and chill? June brings a heavy lineup of original content. With very exciting roster additions from the likes of Marvel, Disney and White House Correspondents’ Dinner MVP Michelle Wolf, Netflix is running the gauntlet for content these days.

Netflix Original W. Kamau Bell: Private School Negro premieres June 26. Bell has been (and remains) a prominent voice for social justice. While his jokes and material are humorous, they aim to expose the real truths for how people of color are viewed and treated in the United States. For a little taste of the greatness in store with his upcoming special, check out some of his past comedy stylings here.

After absolutely slaughtering the GOP and politics in general at the White House Correspondent’s Dinner last month, the hype is real for Michelle Wolf’s new show The Break. It streams every Sunday for the entirety of the first season. It promises in-studio guest interviews as well as sketches and live comedy. Wolf may have a Daily Show vibe but with a lot more edge. Not hating on Trevor Noah though, Daily Show is still really, really good.

Marvel Studios’ Thor: Ragnarok was a big movie for Marvel. It brought everyone’s favorite Norse God back into the spotlight after two generally OK but not-as-good-as-they-could-have-been movies (Thor and Thor: Dark World). Touting excellent performances from Jeff Goldblum, Tessa Thompson and Idris Elba, Thor: Ragnarok is essential Marvel viewing.  Tack on stellar direction from Taika Waititi (New Zealand born) who gained acclaim for directing episodes of Flight of the Conchords and The Inbetweeners as well as snagging an Academy Award nomination for a short film titled Two Cars, One Night in 2004. This movie is FUNNY so be prepared to laugh your ass off on June 5!

I LOVE Carrie Brownstein and Fred Armisen. Portlandia has been the go-to for hipster satire and parody as well as cultural and social skewering for years. The jokes are on point and the various characters Brownstein and Armisen play are sure to keep you smiling from ear to ear. A nice selling point for this one is that Twin Peaks star Kyle MacLachlan plays the mayor of Portlandia (and he’s so frickin’ good in this show!!). Portlandia Season 8 streams on Netflix June 10.

Some other exciting shows and movies worth noting: Star Wars Episode VIII: The Last Jedi streams June 26. Though the new Star Wars movies are a bit polarizing, this one was a solid entry and had plenty of exciting visuals and new characters.

Finally, make sure to check out Joseph Campbell and The Power of Myth (6/2), a great movie for writers and myth-heads out there. Marvel fans rejoice at the return of Marvel’s Luke Cage Season 2 on June 22.

Men in Black, an important film in Will Smith’s long career, helped him partly in gaining his superstar momentum with the movie’s release in 1997. Both comedic and action-packed, Men in Black is a classic summer movie. Catch it quick! It leaves Netflix on June 1.

Before he became three time director of The Guardians of the Galaxy franchise for Marvel, James Gunn was making weirdo indie movies like Super. Starring Rainn Wilson (Dwight from The Office), along with the amazing Ellen Page and stunning Liv Tyler, there’s plenty of wacky violence and offbeat humor here for everyone. It’s definitely bizarre, but that only makes it more super. The film leaves Netflix on June 16.

Marvel Studios’ Captain America: Civil War, an important event movie for the MCU, is another amazing addition to the film series. Building upon the energy of Winter Soldier, Civil War introduces more political intrigue and darkness. There’s tons of great characters that premiere in this movie, and depending on how far behind you are with Marvel lore these days, they’ll either be pleasant surprises or rewarding rewatches. It leaves Netflix on June 25.

Thanks for reading! We hope this leads you to some enjoyable streaming experiences via the Netflix gods! Keep binging and keep chilling. Check back next month for your ‘What’s Coming and Going to Netflix’ update!

He Named Me Malala

Joseph Campbell And The Power of Myth

The Prince & Me 4: The Elephant Adventure

The Break With Michelle Wolf (Streaming Every Sunday) (Netflix Original)

Cutie And The Boxer

Set It Up (Netflix Movie)

Step Up 2: The Streets

The Imaginarium Of Doctor Parnassus

Us And Them (Netflix Movie)

To Each, Her Own (Les Goûts et les couleurs ) (Netflix Movie)

Out of the Dark

The Spy Next Door

What Our Fathers Did: A Nazi Legacy

While You Were Sleeping

The Trials Of Muhammad Ali

Backstreet Boys: Show ‘Em What You’re Made Of

Sin City: A Dame To Kill For

Curious George 3: Back To The Jungle