The world is most definitely an F’d Up place full of F’d Up people, things, and events, so I’m back with yet another installment of F’d Up News. Leaving politics out of it, although tax-dodging/toilet-removing governor wannabes and a *ahem* few other politicians seem like they are trying to be included in one of these articles, there is actually quite a lot of F’d Up ground to cover in this edition.

So grab a beer, glass of wine, your medicinal vape pen, or whatever your vice may be, kick back and enjoy a few snickers at some of the stupid people in our neighborhood of the cosmos.

In the Event That the Cabin Loses Pressure…

Everyone who has ever flown with a major airline has heard those words, but none of us would expect the cabin to not be pressurized in the first place. A Jet Airways flight out of Mumbai had to quickly turn back after passengers began experiencing nose and ear bleeds.

The reason? The crew forgot to flip a switch to pressurize the craft and while I guess it’s kind of easy to forget a mundane task in just about any job, you’d think that would be one thing you wouldn’t overlook. Forgot to start coffee – understandable. Didn’t close the ice bin and half of it melted – no big deal. Forget to flip the switch that keeps people’s ear drums from imploding – yeah that’s F’d Up.

It’s All Going to End up There Anyway I Guess 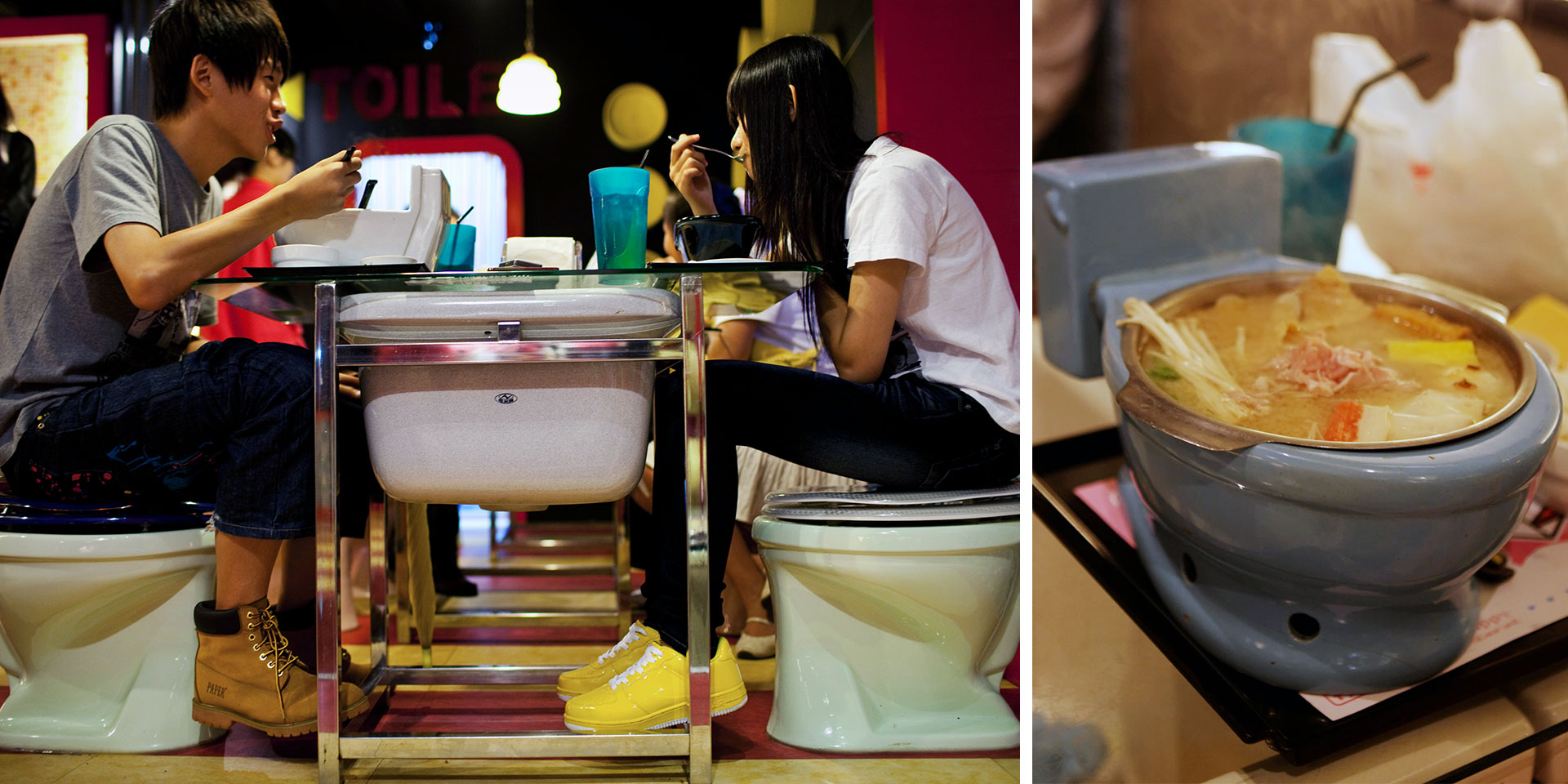 Just the name of this restaurant is enough to raise eyebrows, The Modern Toilet Restaurant in Taiwan. They take things several steps beyond just a cute name however, offering customers poop-themed menu items, such as “poop meatballs” and “stuffed brown sugar poop pancakes,” served in toilet-shaped bowls, with customers seated on re-purposed toilets with padded cushions and for dessert you can have treats that resemble poop emojis. Oh, and they readily advise you to “try our crap.”

We all know that poop is funny, but even I don’t want that humor around my dinner. I just hope we don’t see any U.S. chains pop up.

Ever wanted to own some Maine Moose crap? Well here’s your chance! Somerville resident Mary Winchenbach actually creates figurines, clocks and other artworks out of the moose droppings and she has started a Facebook selling her artistic crappy creations known by the cute name of Tirdy Works. With all of this poop related content this past week I’m starting to wonder if the universe is trying to tell me something.

Ever Wanted to Play Buffalo Bill?

The Health Museum in Houston has a new exhibit that is some gnarly kind of F’d Up. Body as a Work of Art: More Than Skin Deep allows visitors to wear someone else’s skin by putting on realistic “Bodysuits.” I know this is supposed to be a learning experience, at least that’s what their website says anyway, and you can see what genetic conditions look like up close and personal, but it instantly gave me that Silence of the Lambs feel and I think I’ll pass on this one.

In the “You Got F’d Up” Category

Prince George police got a laugh, I mean are asking for the public’s help, because a would-be thief got brained when he chucked a brick at a local business’ window. Which happened to be both brainiac and bullet proof and the former future MENSA member get’s some instant karma thrown back at him.

Banksy Painting Gets F’d Up – By Banksy?

While you’ve likely heard this one, it definitely deserves a spot among the F’d Up. After the gavel landed, marking the sell of Banky’s Girl With Red Balloon, which was one of Sotheby’s star attractions at their Contemporary Art Evening Sale, the painting suddenly began lowering though the bottom of the frame and was shredded right before everyone’s eyes.

While the vendor told Sotheby’s they had acquired it from the artist in 2006, this stunt definitely seems like something the renowned Banksy would do. It seems hard to believe that s/he would lay in wait for a dozen years before triggering this “prank.” Maybe this will finally stop people from selling the man/woman’s works.

Alright Geeks, that’s it for this edition. Which was the most F’d Up? Know of a story I should include in a future edition? Tell us below and be sure to follow me on Twitter @funewsalert for article updates, stupid crap I retweet, and whatever else comes along in the future.