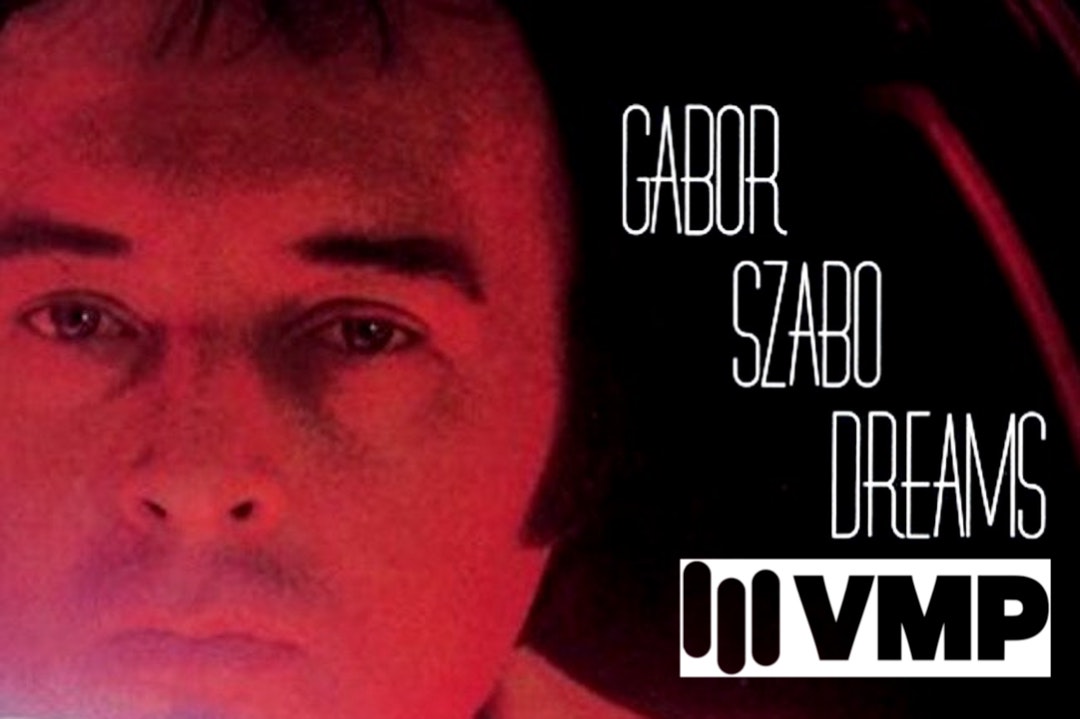 You’ll have membership privileges in the VMP store too, which means you can grab a copy of previous VMP selections from the archives – including October’s head-noddin’ reissue of Outkast’s icnonic 2000 release Stankonia – not to mention a slate of super-limited releases pressed exclusively for Vinyl Me, Please. The store is open, and Team VMP are dropping fresh new selections to their stock every single week. Do not miss out.

Word to the wise, while the store is open to the public, most of the more covet-worthy stock is only available to subscribers. Members are privy to reduced “Members Pricing” as well, so joining the club definitely has its rewards. If you’re peckish about relinquishing control of your record collection to complete strangers, know that VMP’s Swaps Program is in full effect. That means you can flip any VMP pick you’re not interested in for a past AOM (including Classics and Rap/Hip Hop selections) that’s a little more your speed. My advice? Don’t overthink it. Do yourself a favor and sign up today.

As for what’s in November’s box, Team VMP more than lives to their “Lost Sounds Found” logo with shiny reissue of Gábor Szabó’s mystical masterpiece Dreams.

Those of you who have current Vinyl Me, Please subscriptions (or are just obsessive vinyl geeks who keep track of such things for the sake of keeping track) probably realize that Gábor Szabó’s Dreams is not the November album of the month for the Essentials track. That honor actually went to a most worthy selection in Erykah Badu’s utterly brilliant 2000 release Mama’s Gun. But as worthy as that album is of all the Essentials bells and whistles, I’m just not crazy enough about the album to make room for it in my own collection.

Now, at this point in the unboxing some of you are likely thinking, “Great, you weren’t flipping for the Erykah Badu album. But who the hell is Gábor Szabó? And why should I give a flying f***k at a rolling donut about Dreams?” Truth is, I was actually asking the asking the same questions when the folks at Vinyl Me, Please announced it as their Classics selection. And if I’m being completely honest, I decided to swap solely on the strength of the album’s cover art. This is not the first time I’ve taken that approach by the way, and it likely won’t be the last because the tactic has never once disappointed.

Still, nothing could really have prepared me for the utter aural joy I found in Gábor Szabó’s Dreams. That being said, I don’t want to say too much about this album for fear of either overselling its mystical virtues, or potentially spoiling a single second of the enchanting dreamy jazz psychedelia collected here. Trust me when I say that if you haven’t heard Dreams by Gábor Szabó, then you’ve never really heard anything like it. And I cannot urge you enough to track down a copy of this spellbinding album (preferably this immaculate Vinyl Me, Please pressing) for yourself and give over to its hypnotic beauty.

As for Gábor Szabó himself, he’s an almost entirely self-taught guitar impresario who emigrated from Turkey in the 1950s to make his name on the American jazz scene. He did so by crafting an experimental East meets West sort of guitar sound alongside greats like Chico Hamilton, Charles Lloyd, and Ron Carter. Soon enough, Szabó cooking up his own compositions culled from the breadth of his musical knowledge, and releasing albums worth of material as majestic in scope as it was singular in sound.

Released in 1968, Dreams is Szabó’s one true masterpiece. And even as I’m purposefully playing vague about the funky ethereal jams that comprise the album on the whole, I’m sincerely hoping you’ll take that as a good thing. More to the point, I’m hoping it’ll drive you to take a risk, buy the ticket and take the wild ass ride that is Dreams if only to see what kaleidoscopic splendor it might inspire in you.

I’ve railed on the regular here about cover art occasionally aspiring to legitimate artwork, but I’ll do it again, because Dreams‘ cover art is absolutely stunning. And as it happens, it could not serve as a better preface for the music inside.

For the record, I can neither confirm nor deny that the back cover of Dreams birthed the “dabbing” fad, but the images sort of speak for themselves. Before you truck along, make sure to check the shiny foil stamping forever denoting this classic from 1968 a true Vinyl Me, Please Classic.

As mentioned, Vinyl Me, Please brass has been on a bit of a role in the Essentials track of late, so it’s actually been a while since I swapped into the Classics thread. So long, in fact, that I hadn’t actually received a Classics release with the new OBI strips. Gotta say, I’m still not crazy about the new look OBI’s, but the info is on them is important nonetheless.

Flip that OBI over for a few choice words about why Dreams made the Classics track cut.

Vinyl Me, Please has really been upping their swag game of late by way of fan-designed stickers. Which is very cool. This tasty little number comes from VMP member Casey Kennedy. Follow the directions on the back if you want to design your own vinyl sticker treat.

Now, you may or may not realize this, but Classic track releases do not come with all the fancy accoutrement that usually accompanies the Essentials picks (i.e. original artwork and cocktail recipe). They do, however, come with a slick little listening book that provides insight into the album … which is very cool. This month’s book comes via none other that VMP MVP Andrew Winstorfer, who shines a much needed light on the great Gábor Szabó.

Now, before we dig into the sleeve, I’d like you all to take a moment to absorb the words and images inside the albums tough tip-on gatefold. Particularly that quote from James Joyce, ’cause it’s basically a mission statement for the entire album.

Once you dig that vinyl treasure out from inside, be sure to also note the sexy, archival quality dust sleeve, and that this copy of Dreams was pressed at the one and only Quality Record Pressing (aka QRP) in Salinas, Kansas.

As for the wax inside, it’s black and glossy and weighs a hearty 180g. Also, if you’re wondering who the hell Modern Harmonic is, I can tell you they’re a reissue label out of Nashville, TN. I can also tell you they’re f**king awesome, and pretty much anything they’ve put out in recent years is worth checking out.

And yeah, this pressing of Gábor Szabó’s Dreams will bring some genuine ethereal majesty to your deck.

How’s it sound? Simultaneously like the soundtrack to the greatest nocturnal adventure you’ve ever had and a sonic dispatch from the astral plane.

Give It A Spin

I feel like I’ve been pretty clear on the matter, but I’ll say it again: part of what makes record clubs so much fun is that they offer you a chance not just to fill out your collection with album’s you should probably already own, but if they’re doing it right, they also give you a chance to explore music and artists you likely never would have other wise. As far as vinyl subs go, with their “Lost Sounds Found,” there really isn’t one out there doing that quite as well as Vinyl Me, Please.

Make no mistake, save for a few jazz and psych aficionados out there, Gábor Szabó’s Dreams is the very definition of “lost sounds.” That they were found again by the Vinyl Me, Please team feels like nothing short of a miracle. And I simply cannot offer enough thanks for their presenting this unheralded masterwork in the fashion which it truly deserves. Here’s hoping you get to find it for yourself sooner rather than alter, ’cause Dreams may well be the best VMP Classics selection to date.

A big THANK YOU to our friends at Vinyl Me, Please for sponsoring this subscription. Don’t forget to check out Vinyl Me, Please‘s official website and sign up to get some choice wax delivered right to your door every month! And be sure to check back in December when we’ll be unboxing Vinyl Me, Please‘s reissue of Billie Holiday’s legendary album Lady Sings The Blues!