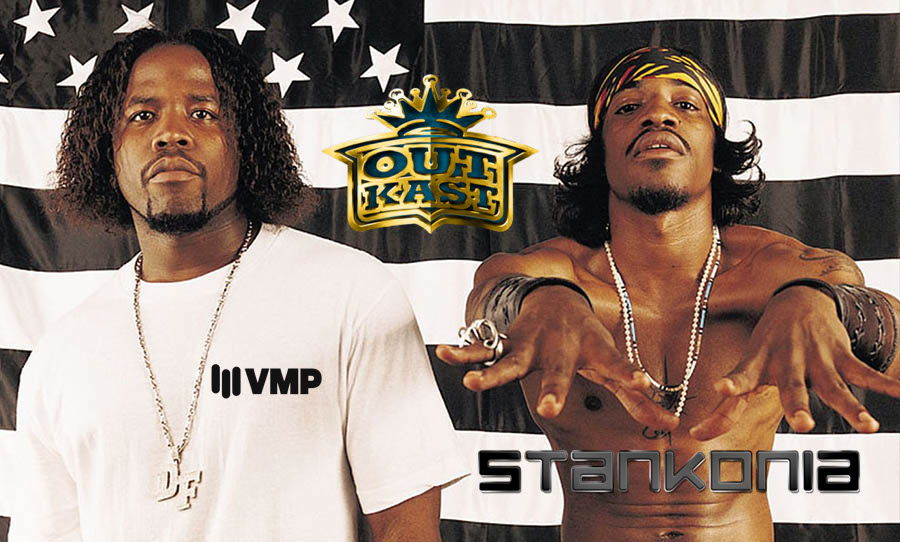 You’ll have membership privileges in the VMP store too, which means you can grab a copy of previous VMP selections from the archives – including  that killer reiusse of Spiritualized’s Ladies and Gentlemen We Are Floating In Space all the ’90s kids are goin crazy over – not to mention a slate of super-limited releases pressed exclusively for Vinyl Me, Please. The store is open, and Team VMP are dropping fresh new selections to their stock every single week. Do not miss out.

Word to the wise, while the store is open to the public, most of the more covet-worthy stock is only available to subscribers. Members are privy to reduced “Members Pricing” as well, so joining the club definitely has its rewards. If you’re peckish about relinquishing control of your record collection to complete strangers, know that VMP’s Swaps Program is in full effect. That means you can flip any VMP pick you’re not interested in for a past AOM (including Classics and Rap/Hip Hop selections) that’s a little more your speed. My advice? Don’t overthink it. Do yourself a favor and sign up today.

As for the October box, Team VMP went all out with a sexy as hell new pressing of Outkast’s fully funkdified hip hop classic Stankonia.

If you’re among the five or six readers who’ve been digging into these Vinyl Me, Please unboxings since the early days, you probably recall that I’m just no particular fan of the hip hop genre on the whole. You may have even rightfully judged me for the fact. Nonetheless, it is a fact, mainly because I’m just choosy as all Hell about what I like when it it come to the rap game. And while I was beyond stoked when VMP released The Notorious B.I.G.’s seminal masterwork Ready To Die a couple years back, I’ve made great sport of Swapping their last couple of Essentials hip hop picks. And with all due respect to Clipse and The Roots, I can honestly say neither group has ever released an album I’d deem worthy of my own vinyl collection.

Outkast, on the other hand, are a hip hop group who’s actually never released an album that I wouldn’t deem worthy. That’s because, in my own humble opinion, Big Boi and Andre 3000 comprised what may be the greatest hip hop group in the history of the form. And while I was stoked to pick up a copy of Vinyl Me, Please’s rap/hip hop sub release of the duo’s debut album Southernplayasticadillacmusik when it dropped last Summer, I was categorically over the moon when Team VMP announced Stankonia was getting the Essentials treatment for October.

I’ll preface that excitement by also admitting that Stankonia is not my favorite Outkast album. That honor belongs to the soulful, funked out fantasia that is 1996’s ATLiens. Luckily, I’ve already got a solid copy of that album on vinyl, and I was hardly lamenting that it didn’t make the Essentials cut itself. A decent vinyl pressing of Stankonia proved a bit harder to come by, however, and the thought of getting my hands on a Vinyl Me, Please edition directly resulted in that moon-jumping mindset.

If you’re somehow not familiar with Stankonia, it was the fourth album Outkast put out, coming on the heels of 1998’s Aquemini (Big Boi’s and Andre 3000’s most experimental efforts to date), and found the daring duo of hip hop pushing their sound further than ever before, cobbling together elements of rap, rave, funk, psychedelia, and gospel, and fueling the sonic fires with a barn-burning collection of songs about sex, toxic masculinity, crooked politics, black culture, and the life-altering nature of parenthood.

In doing so, Outkast crafted an album as eclectic, frenetic, and utterly schizophrenic as America itself. One that spawned some of the groups biggest hits in “Ms. Jackson,” “So Fresh, So Clean,” and the politically charged powder keg that is “Bombs Over Baghdad.” Stankonia also earned Outkast the best reviews of their career, waves of new fans, a truckload of crisp Benjamins, and an armful of Grammy Awards to boot. And while those singles are more than worthy standouts, you should know Stankonia is as complete a hip hop album as you’ll ever hear.

Just FYI – if you’ve somehow never heard Stankonia for yourself, I’d urge you to do whatever you need to do to get your hands on this dazzling new pressing from Vinyl Me, Please, ’cause it may never sound any better.

This is the part where every Geek Insider unboxing where I usually preach on the importance of an album cover. I’m not gonna do that here, because the cover of Outkast’s Stankonia really does speak for itself. So do yourself a favor and listen.

Of course, before you actually get into Stankonia super tough tip-on gatefold, you really should take a few moments to check out the hype-sticker on the album’s re-sealable dust sleeve too, ’cause that’s where you’ll find out exactly why this pressing of the album is the pressing of the album.

Once you’ve got that dust sleeve off, you should also check out Stankonia‘s OBI-strip as there’s a few more vital stats included … such as the album’s VMP catalogue number. And yeah, it’s pretty hard to believe the Essentials track is already 94 releases deep.

Flip that OBI over to for a few choice words explaining why this Outkast classic made the cut as an Essentials.

You’ll want to check out the inner tab too, ’cause that’s where you’ll find the recipe for Stankonia‘s companion cocktail. The “Gasoline Dreams” is noticeably simpler than most Vinyl Me, Please recipes, but yeah, it’s also pretty on point.

The cocktail recipe might err on the side of simple, but there’s nothing simple about this month’s, album-inspired art print which. As true Outkast fans know, this psychedelic stunner from Mike Rush actually served as alt-artwork for Stankonia back in 2000.

Oh, and fans of swag will no doubt delight at the inclusion of a fresh new Vinyl Me, Please sticker in this month’s box. The new design actually comes from VMP subscriber Kodi Sershon, which is pretty cool.

No, I haven’t forgotten that this is actually a vinyl unboxing. And I assure you I’ll get to this month’s double dose of sublimely colored wax soon enough. Before I do, I’d like to encourage you all to spend a few minutes with Stankonia‘s gatefold sleeve, if only because you’ll find a pretty rad photo of Big Boi and Andre 3000 in there. Not to mention full lyrics to the album many consider Outkast’s magnum opus.

And of the wax inside, well, the black & white galaxy effect is nothing short of stunning.

Especially since there’s two of those beauties in there.

And they’re both calibrated to bring some seriously funkdified noise to any deck on planet Earth or beyond.

How’s it sound? Like having a heated conversation with a pair of intergalactic prophets who knew back in the year 2000 just how much trouble America might find itself in down the road. And no, it doesn’t take a genius to know just how right they were.

Give VMP a spin

I said it before, but I’ll go ahead and cop to not being a particularly avid fan of hip hop in general, and there really aren’t that many releases from the genre that I would deem essential to my own collection. As such, I’m usually pretty wary of Vinyl Me, Please selecting a hip hop album as their Essentials track … especially as there’s now an entire other sub dedicated solely to the rap genre.

That being said, Outkast are the one hip hop group who’s every release I would deem worthy not just of my collection, but any music lover on the planet. Even if Stankonia isn’t my own personal favorite among Outkast’s impeccable discography (seriously, ATLiens bangs like no other), it’s inarguably one of the best, and most important hip hop albums ever released … which obviously makes it as essential as essential can be. And its sincerely heartening that the folks at Vinyl Me, Please reissued this utter masterpiece with such care, thus ensuring that a new generation of rap fans can hear Outkast’s Stankonia as it was meant to be heard.

A big THANK YOU to our friends at Vinyl Me, Please for sponsoring this subscription. Don’t forget to check out the Vinyl Me, Please website and sign up to get some choice wax delivered right to your door each and every month! Be sure to check back next month to see what tasty wax nugget they send our way for November!

Does the New Cleopatra Film Have the Potential to be One of the Biggest Blockbusters Ever?