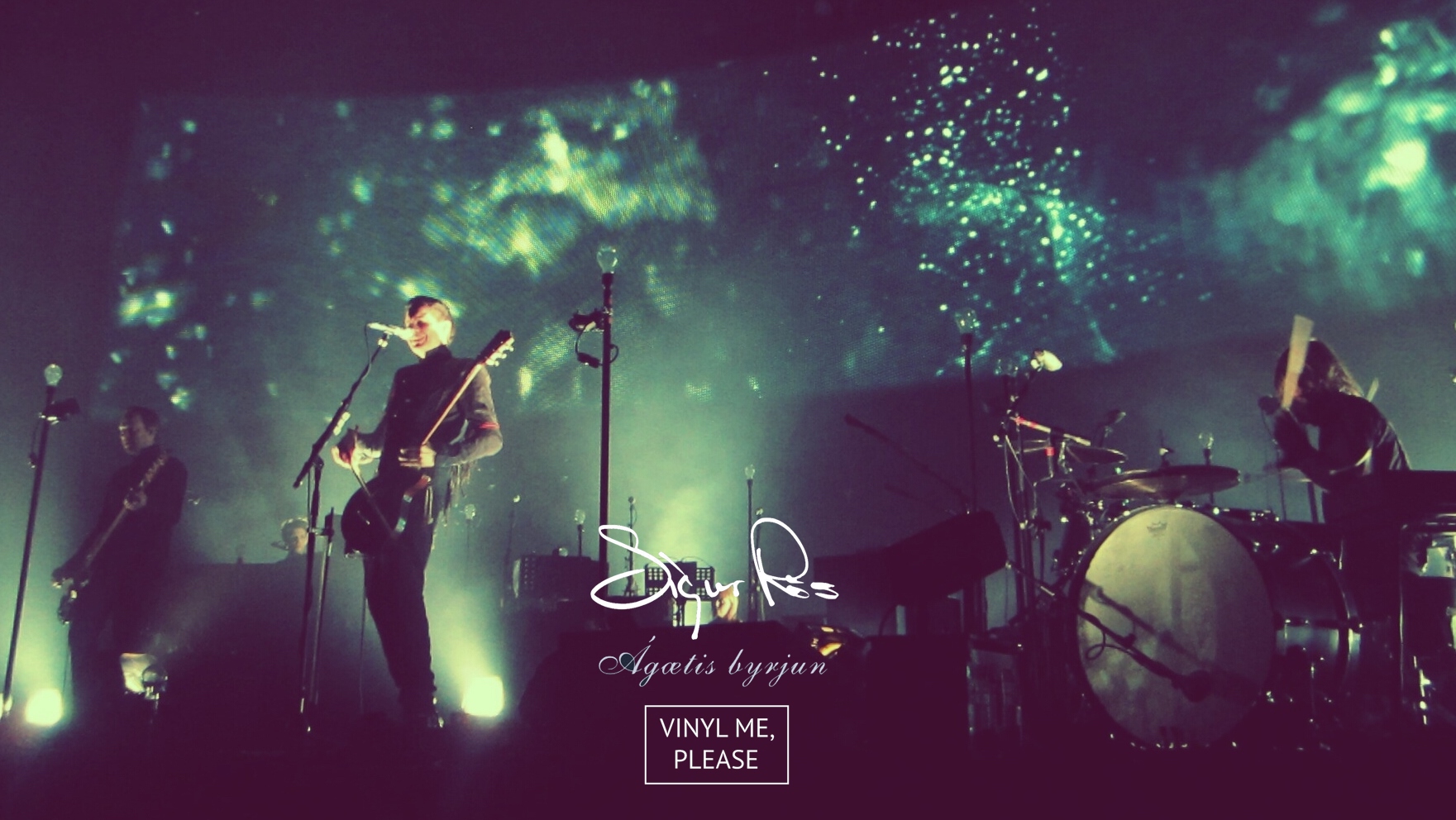 You’ll have membership privileges in the VMP store too, which means you can grab a copy of previous VMP selections from the archives – including their groove-licious reissue of The Meter’s 1974 classic Rejuvenation – not to mention a slate of super-limited releases pressed exclusively for Vinyl Me, Please. The store is open, and Team VMP are dropping fresh new selections to their stock every single week. Do not miss out.

As for January’s box, Team VMP is kicking off 2022 with a post-rock masterpiece from Icelandic rockers Sigur Rós.

Any sonic obsessive would be quick to tell you there’s no shortage of exciting new music getting made and released these days. They’d likely also be quick to tell you it’s still quite rare to find a band whose music resonates so deeply within you it feels spun from the very fiber of your being. And in case you hadn’t already guessed, Icelandic post-rock outfit Sigur Rós is one of those bands for me.

In fact, I can tell you the precise moment I first heard a Sigur Rós song. And yes, that fateful moment came while watching a movie. As it was the song I heard was “Svefn-g-englar.” I heard it in a darkened theater in the week before Christmas 2001, and did during a screening of Cameron Crowe’s head trip of a thriller Vanilla Sky. If you’ve never listened to the soundtrack to that film, you should know it’s a legit all-timer. You should also know “Svefn-g-englar” is the standout track on it.

Of course, I was hardly alone in discovering the band via Vanilla Sky. Like many a U.S. music lover who bought a ticket to the film, as soon as I heard a few bars of “Svefn-g-englar,” my ears pricked up, I said to myself, “Wait, what is this?” And in that moment, I decided to track down the Sigur Rós album “Svefn-g-englar” appeared on as soon as I left the theater.

That album is Sigur Rós’ sophomore effort Ágætis byrjun. “Svefn-g-englar” served as its opening track. In turn, it served as a celestial gateway to an album possessed of an ethereal sound and sonic energy both born of the Earth, and wholly other-worldly. It was a sound I’d never heard before… because to the best of my knowledge, no one had ever recorded anything like it before… even Sigur Rós themselves.

Sure, there were touches of Radiohead in there. There were flourishes of Duster too, and even a dash of Godspeed! You Black Emperor. But even in their obvious influences Sigur Rós created a sound so blindingly original it can only be described as sounding like Sigur Rós – thought if one were looking for words to describe, I’d offer that the only language that might sufficiently do so frontman Jónsi made up for the album’s lyrics.

As far as that language goes, you should know you don’t need to know what Jónsi is saying from song to song to feel what he’s singing. Perhaps more than any album ever recorded, Sigur Rós’ second is one that demands to be felt more than understood. With that in mind, I’ll shut my trap and simply urge anyone who’s never felt Ágætis byrjun to seek it out immediately , ’cause listening to this album is as close to sonic transcendence as a music lover can get.

Look, I don’t know what what the cover of this album is supposed to signify either. But somehow the angelic fetus thing on the cover of Ágætis byrjun could not better exemplify haunting, and heavenly music contained therein.

There’s another one running around inside the gatefold sleeve too.

And as you’re reading song titles on the back like you have any idea what they mean, be sure to note the lovely foil-stamp proudly proclaiming Ágætis byrjun a VMP Essentials selection.

And for all the naysayers who doubt the albums credentials for such an honor, they’re fronted on the album’s hype sticker, and they are irrefutable.

This Sigur Rós masterpiece is hardly the only work of art tucked inside this month’s box, with Daniela Napllitano’s contest-winning sticker design proving a raven-themed delight in its own right.

For those keeping track of the growing catalogue of Vinyl Me, Please Essentials picks, this fresh OBI notes Sigur Rós’ Ágætis byrjun as the 109th album to make the cut. Flip that OBI over for an excerpt from the listening companion booklet which should help clear up exactly why this album was deemed worthy of the VMP Essentials treatment.

If you want to know all about what the band went through putting Ágætis byrjun together, this month’s Martin Aston-penned listening companion booklet has the story in full.

And just to bring things back to stunning works of art, Gotti Bernhöft’s 12X12 alternative version of Ágætis byrjun‘s iconic cover is far lovelier than anyone could’ve anticipated.

Of course, the vinyl itself is sort of the star of the show this month, with these cool blue beauties proving gasp-worthy in their own right.

And you can be damn certain they’ll bring some ethereal beauty to any deck around.

How do they sound? Like dreaming inside the womb of the Earth itself. And I cannot stress enough how utterly pleasant, if often unsettling that can be.

I’ll go ahead and admit that this is one of the rare occasions where the folks at Vinyl Me, Please picked an album I already owned a copy of on the Essentials track. While I’d usually swap out for something I didn’t already own in such a situation, I just couldn’t pass up a fresh pressing of Ágætis byrjun, because Sigur Rós is legit one of my all-time favorite bands. I’m happy to report VMP’s pressing is as solid as any that’ve come before. And I’m even happier knowing that a new generation of record collectors are now gonna be able to discover, or re-discover this masterpiece in such high fashion.