Gram Parsons' "Grievous Angel" gets the royal treatment via the VMP Country reissue. 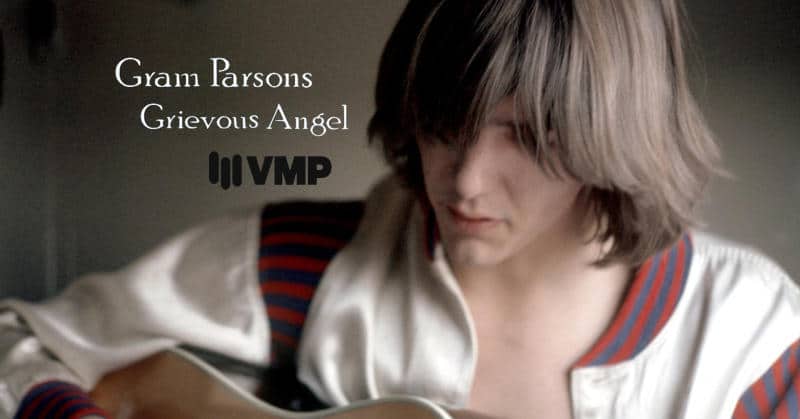 You’ll have membership privileges in the VMP store too, which means you can grab a copy of previous VMP selections from the archives – including their October reissue of Grizzly Bear’s indie rock classic Veckatimest – not to mention a slate of super-limited releases pressed exclusively for Vinyl Me, Please. The store is open, and Team VMP are dropping fresh new selections to their stock every single week. Do not miss out.

As for my November box, I swapped into the VMP Country track to snag Gram Parsons’ stone-cold classic “Grievous Angel.”

For The Love Of Music, Please DO NOT BEND (or, how I learned to stop worrying and get down in VMP Country town with the Grievous Angel)

If you’re wondering why I swapped into the VMP Country track this month, it’s because I’m not particular fan of this month’s Essentials selection… which is, in fact, Usher’s Confessions. That’s obviously just a matter of personal taste. And with all due respect to Mr. Raymond and his diamond-selling hit, I simply don’t have a spot in my collection for an album I’m 100% I’ll never actually play. That beings said, if Usher is your bag, I can say with confidence the Vinyl Me, Please pressing of Confessions will likely slap all the way back to the ’90s.

Of course, my decision to pass on Confessions was made all the easier as the VMP Country track was featuring Gram Parsons’ 1974 masterpiece Grievous Angel, which has been on my want-list for some time now. It’s been there so long mostly because I’ve never actually come across a decent pressing in the vinyl wilds, so it was pretty much impossible to pass up a fresh reissue replete with all the VMP goodies you could ask for. I’m happy to report Vinyl Me, Please knocked this pressing out of the park.

That’ll come as welcome news to the small legion of Parsons super-fans out there who found themselves in the same predicament as me in adding Grievous Angel to their record collection. If you’ve yet to join that legion, or just don’t know who the hell Gram Parsons is, well, you need get schooled ASAP ’cause he’s one of the most influential artists of the 20th Century, essentially birthing the country rock genre we know call alt country. Parsons was not, however, widely known, or commercially successful in his lifetime, which was also tragically brief as he overdosed on a mixture of morphine and alcohol at the age of 26.

The astounding body of work he left behind – first with ’60s outfits International Submarine band and The Byrds, then with The Flying Burrito Brothers, and finally as a solo artist – continues to be discovered and worshipped by artists from every generation. And anyone who’s heard even a handful of his songs know Parsons’ abilities as a songwriter are second to none. If you’re intrigued by anything you’ve heard so far, know that Grievous Angel is as solid an entry point into Parsons’ musical legacy as any record he ever put out.

It might actually be the best album he ever released. As for the songs therein, they’re filled with the sort of bluesy twang, soulful introspection, and rollicking guitar work Parsons had become renowned for in musical circles prior to his death. It’s also full of jaw-dropping duets with his creative partner/frequent songwriting muse Emmylou Harris (ticketed for country music stardom herself), and a trove of marvelous musical rehashes from Parsons back catalogue as he only laid two new original compositions to tape for the album.

Still, those new originals (“Return of the Grievous Angel” and “In My Hour of Darkness,”) are absolute show-stoppers, and perfectly compliment other standouts like “Hearts on Fire,” “Brass Buttons,” and a soul-crushing cover of “Love Hurts” that bests both The Everly Brothers’ 1960 original, and Nazareth’s beloved 1975 cut. If there’s one knock against Grievous Angel, it’s that at 36-minutes, the album feels frustratingly brief. That’s particularly true given that it was the last album Parsons would record. Nonetheless, it remains both a stunning document of an insanely talented artist on the verge of getting his sound just right. As such, it’s also a heartbreaking document of a troubled musician who passed before he could.

Sometimes simple is better when it comes to album covers. And given that Parsons didn’t live to see the release of Grievous Angel, there really didn’t need to be anything on the cover but his angelic facade.

Just FYI – there’s loads of info on the album’s back cover that’ll tell you who did what during the recording process. There’s also a shiny foil stamp forever hailing this pressing of Grievous Angel as VMP Country certified. And if there’s any doubt about that certification, the info on the hype sticker should easily put those to rest.

After a month sans Vinyl Me, Please inspired sticker, Team VMP got back on track in November with this golden-grilled beauty from subscriber Daniel Crampton.

Before we get too far along, you’ll want to have look at the OBI-strip cradling the spine of your VMP pick. This month’s boasts Grievous Angel‘s official Vinyl Me, Please Country catalogue number… and also a brief excerpt from the listening guide on the flip side.

As for the booklet, it’s a legit page turner from Jonathan Bernstein detailing both the recording of Grievous Angel, and some of the struggles that would lead Gram Parsons off to that great gig in the sky months before it was even released.

Of course, the star of any Vinyl Me, Please unboxing is the wax that comes tucked inside. Rest assured, this galaxy green/blue pressing of Grievous Angel is a vision sent straight from heaven. Understand I say that as someone who firmly believes the VMP Country releases would probably be better served by getting pressed on straight black wax.

And as good as it looks, it’ll sound even sweeter on your deck.

Look, I’ve been nodding my head and stomping my feet to the works of Gram Parsons for a long time, having discovered The Flying Burrito Brothers just after graduating high school. While I’ve managed snag a record or two of theirs over the years, and a solid original pressing of The Byrds’ Sweetheart of the Rodeo to boot, not having a solo release from Parsons left a glaring hole in my collection. Frankly, I couldn’t be happier that hole has finally been filled. As it’s no doubt filling the Parsons-sized hole in many other collections, this reissue is obviously a massive curation win for Vinyl Me, Please. But don’t just take my word for it, sign up today and snag a copy of this alt-country masterpiece while it’s still in stock. You will not regret it.