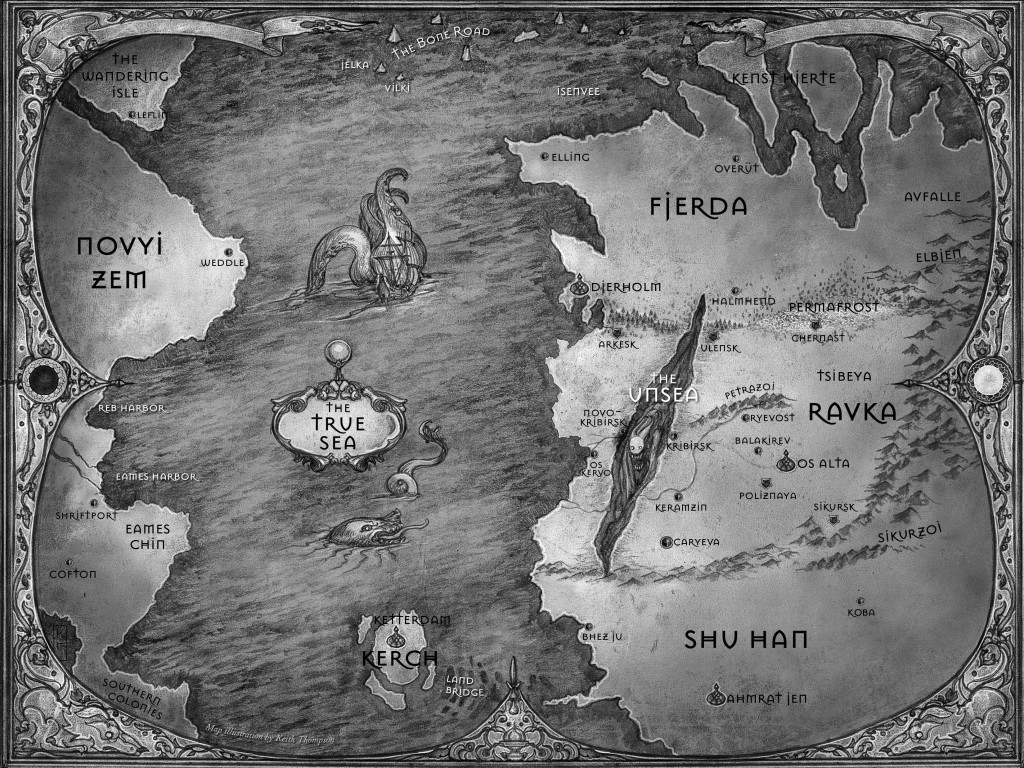 Ten years ago, Stephanie Meyer unleashed upon the literary world the lukewarm, sub-par novel that not only brought Young Adult Fiction back to the main stage of publishing, but popularized glorifying teenage/abusive relationships. Since then, authors have been clamoring over themselves to make their mark in Meyer’s wake by reviving some other long-forgotten monsters of the night and giving their novels enough of a creative twist so people won’t realize they’re consuming the same stories over and over.

The trend has gone from vampires, to werewolves, to zombies, to mermaids, to classic princess stories. Then another player emerged in 2008: Suzanne Collins, with her second series of Young Adult novels, The Hunger Games. This trilogy brought back dystopia, so lazily written fantasy-romance fell by the wayside as this newest trend of oppressive governments and sixteen year-old girls being treated like mature women took over what Twilight began. 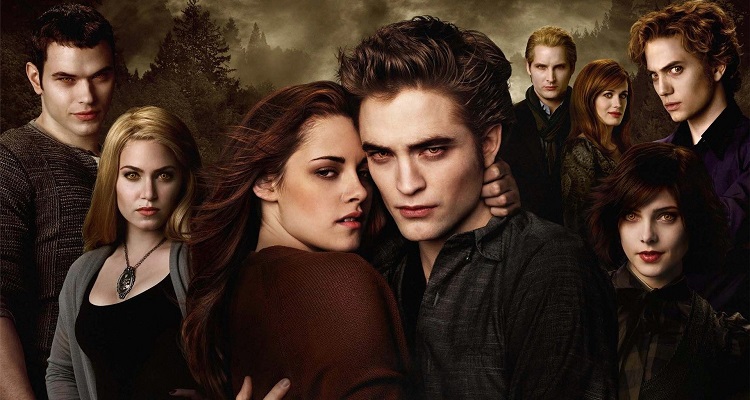 This kind of trendsetting in the YA world has leached creativity for too long, causing novels with true literary and social merit to be passed up by a wave of sheep being led to troughs of bare-shirted seventeen-year-old boys with smoldering eyes and secrets, and stumbling teenage girls who are not adult enough to carry the stories.

In this YA world, there are a few hidden gems, and certainly not every book published in this genre is a waste of trees. But when every author writes the same things, it is difficult to find books that stand out, especially when sci-fi and dystopia are running circles around what passes for fantasy these days- adding a werewolf or a fairy princess and pretending like the author has created a completely authentic world.

The film deal for The Hunger Games trilogy is winding down, and the Divergent series is set to end on screen in a few years, so rather than sucking up more poorly-written, lukewarm stuff like The Maze Runner, Matched, and Divergent, perhaps it’s time for readers and film execs to start looking to genuine fantasy fiction to fill the gap. Below are a few awesome fantasy fiction novels that should be up for consideration. 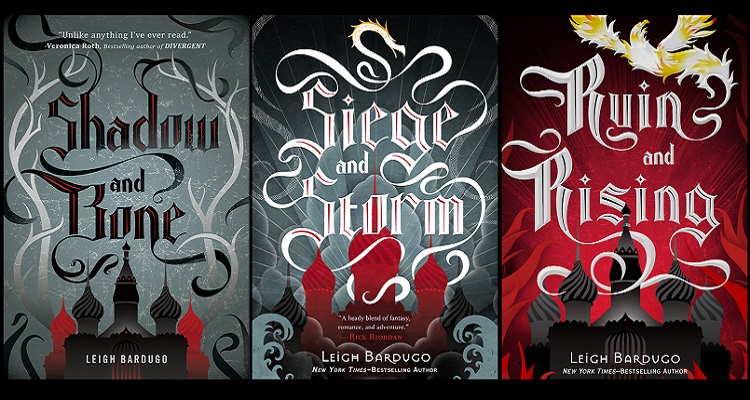 The Grisha Trilogy by Leigh Bardugo consists of Shadow and Bone, Siege and Storm, and Ruin and Rising. First published in 2012, these novels tell the story of a simple soldier in the fictional world of Ravka, modeled off of Imperial Russia and several other cultures which make up Ravka’s bordering countries of Shu Han and Fjerda. Narrated by Alina Starkov, the trilogy follows her quest to harness her strange abilities and battle the literal darkness of the Shadow Fold, a swath of shadows cutting across Ravka concealing terrifying monsters.

Not only is Bardugo’s writing unusually lyrical and descriptive, but her characters are rich and round. She avoids classic clichés with finesse, and the fantasy world she creates is positively worthy of a home among the likes of Middle Earth and Narnia. The film rights to the trilogy were bought in 2012 by David Heyman. 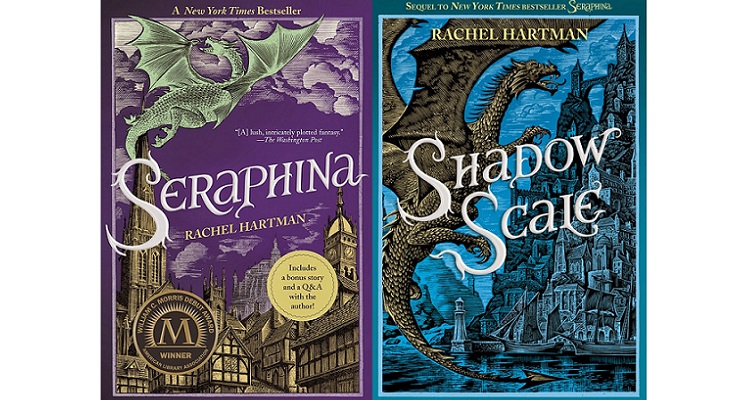 Seraphina and its sequel Shadow Scale, by Rachel Hartman, puts Christopher Paolini’s Inheritance cycle to shame when it comes to writing about dragons. In the fictional land of Gorred, modeled after Medieval Europe, sixteen year-old Seraphina becomes caught in the middle of human-dragon politics when the second heir to the throne is murdered mere weeks before the anniversary of the human-dragon peace treaty that ended an ages-old war. In a world populated by dragons in human form and overshadowed by ever-demanding saints, not only must Seraphina confront the lies she tells under the guise of self-preservation, but the cost of the truth for herself and those she has come to care about.

Hartman’s dragons are reminiscent of the Vulcans of Star Trek. Seraphina is a complex and gloriously-written character, and her world is vibrant. There are enough echoes of Earth’s past to make it feel like going home rather than embarking upon a daunting new quest.

3. Daughter of Smoke and Bone Trilogy 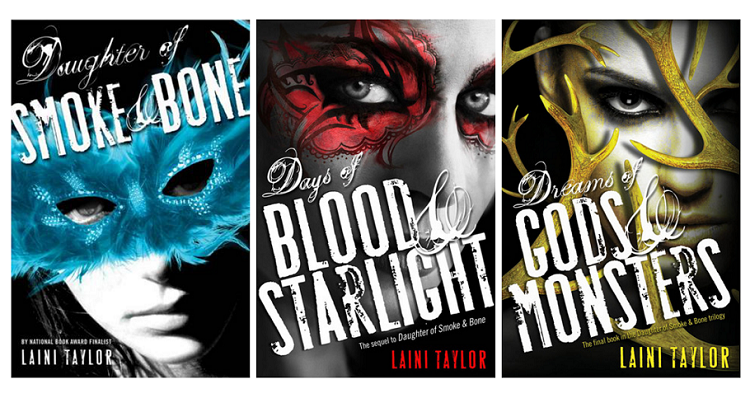 There is also the 2011 Daughter of Smoke and Bone trilogy by Laini Taylor, which simply defies description except that Taylor delivers the gravity of a holy text and the horrors of angels and monsters in prose heavy with the weight of protagonist Karou’s choices. It is perhaps one of the only wholly original ideas in recent years as far as realistic fantasy is concerned. 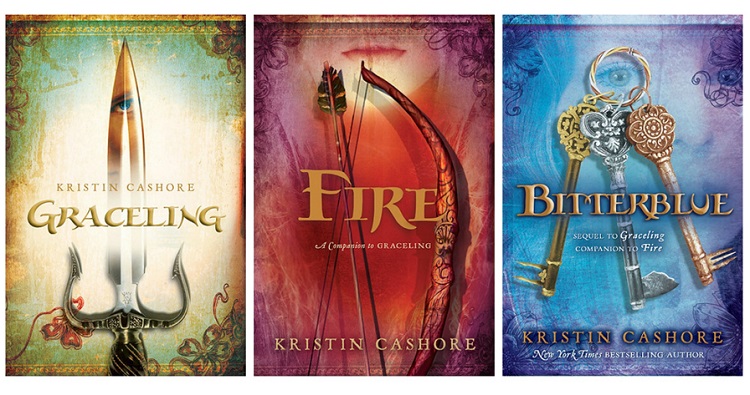 The 2008 Graceling Realm series by Kristin Cashore deserves a mention as well. With three companion books that can be read in any order, Cashore’s world hinges upon the existence of Gracelings. Gracelings are individuals with heterochromia that marks their exceptional abilities. In all three books, Cashore delivers varied female characters with personalities, thoughts, dreams, and fears as extensive as the stars in the sky, supported by a diverse cast and two realms forced together for survival.

So if you’re in the mood for some authentic fantasy fiction in the YA realm, check out these books. Additionally, keep your eyes peeled for other stories with literary merit that encourage positivity and intelligence rather than children playacting a steamy romance. Make sure to keep your fingers crossed that fantasy will have its day again.

Phoebe Sandlin is a high school senior who writes to avoid doing homework. When the International Baccalaureate Program isn't stealing her sleep, she enjoys reading and writing fanfiction and refining her opinions on books and film. Marvel has owned her soul since she first saw Robert Downey Jr. put on the Iron Man suit.

E3 2015: Videogames to Get Excited About

What to Expect From Windows 10